Szeretlekmagyarorszag.hu writes that on May 30 planet Mars will be seen on the southern sky. A stunning and exciting spectacle is expected in the Solar System, as the Earth and Mars will be closer to each other than anytime in the past decade before. The last time anyone could witness such a phenomenon was 11 years ago.

The site reports that, if you do not want to miss out the opportunity to see the “Red Planet”, all you have to do is to go to the nearest observatory, which is preparing for the event, as anyone can watch the Mars by a telescope or a similar special tool.

So, on May 22 Mars was positioned exactly opposite to the Sun, and the Earth was positioned between the Sun and Mars. Thus, as the “Red Planet” is receding in the Scorpio sign, and, from May 28, in the Libra sign, it is getting closer and closer to the Earth.

On May 30, the two planets will be only 76 million km far away from each other, and will be visible for us at night on the southern sky as it will make a triangle with the Saturn and the Antares. Importantly, everyone should keep in mind that the Mars can only be seen from a professional telescope and not by the naked eye.

Also, in our feature photo you can see a picture of Mars which was taken recently by the Hubble space telescope and shared with the world by NASA. 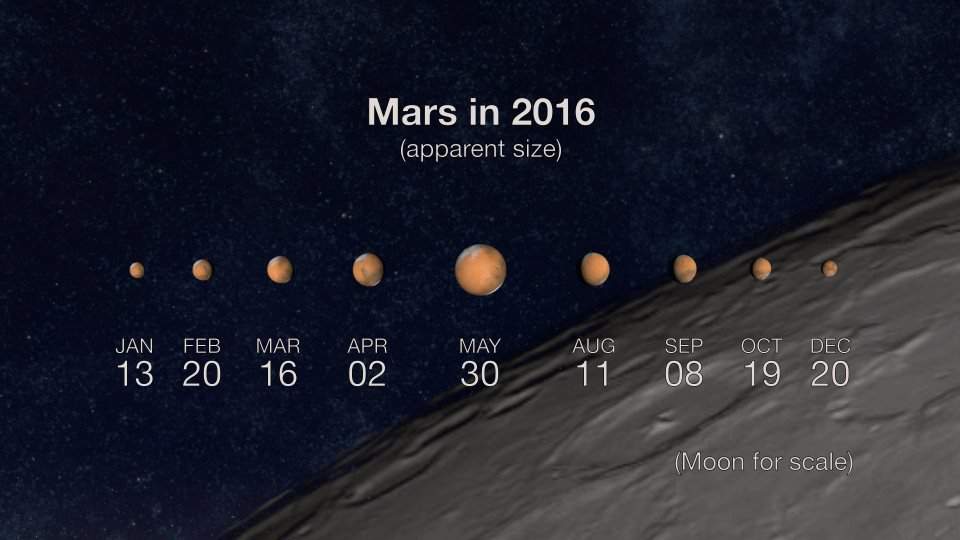