The truffle native to Hungary and its untapped potential

There are still very few people in Hungary foraging and growing underground mushroom species, even though truffles are one of the most expensive spices globally and a sought-after luxury product, which is native to several parts of Hungary.

Previously, its use in Hungarian cuisine was not typical at all, but it is now embraced by top Hungarian gastronomy. Based on the report of Napi.hu.

Borsodszentgyörgy is located in Borsod County, one of the poorest regions of Hungary. Forests almost entirely border its valley. This is an excellent terrain for mushroom picking, which the locals enjoy. Recently, in addition to the usual species, a fungal speciality has been sought.

“I’ve been mushrooming since I was a kid. […] I heard about underground mushrooms and thought it likely that these species could also grow around our home. I knew finding one could be an even greater experience, precisely because it is underground and large. “It was a rarity in our region. Later, I found out how and where to find truffles. Of course, it turned out at the beginning that you could make good money with it, and that’s why you were only even more interested,”

The expert said that in the past, truffles had been found very rarely in their area, rarely found by locals during wild boar hikes, but he was unaware that truffle-growing spots could occur there as well.

After following the needs of the underground mushroom species in Hungary, often called trifle, or the gold of the forests, he was already sure that he should be in their vicinity as well.

The young man also told Napi.hu that anyone who wants to look for truffles needs training and an exam. In addition, foraging is only permitted by Hungarian legislation with the help of the already mentioned dog, which has been trained to find the fungus and has been examined from it. Up to two dogs can be collected at a time, and not with or without another animal at all.

The sniffing dog takes the search for hunting and play. It shows its owner the location of the fungus if he asks to dig it out of the ground, and depending on the training, there are also dogs who, in addition to all this, hold their prey in their hands by holding it in their mouths. The dog receives a reward snack in recognition, which encourages further research.

“The collection of underground mushrooms requires strict rules, and many do not accept this. […] But there are other reasons why it is not present in ordinary Hungarian cuisine. Such is the price. […] The price of a kilo is much higher than above ground. However, due to its characteristic and concentrated taste, a few grams are enough to flavour the food, which is no longer unaffordable for most people.”

“I live with truffles in the best restaurants in Budapest. There is also a Michelin-starred restaurant among my customers. Before the restaurants closed due to the epidemic, it was not that I would not have sold my entire stock to them. For a kilo of fragrant, healthier mushrooms, the restaurants pay for it,” said Daniel Bari.

In the near future, the contractor wants to grow truffles in an area suitable for forestry. This could be a lucrative project, in the long run, he said, as such forests are fenced off from the wild, which often damage fungi nests. Unfortunately, there are fewer and fewer natural truffle habitats in the country due to climate change and deforestation. However, it can take up to ten years for a planted forest to return to fruit, but in the meantime, the contractor has several plans. In addition to setting up a village guest house, he plans to start truffling with tourists, who will also be able to taste the local gastronomy, of course, with a fungi twist on the dishes. 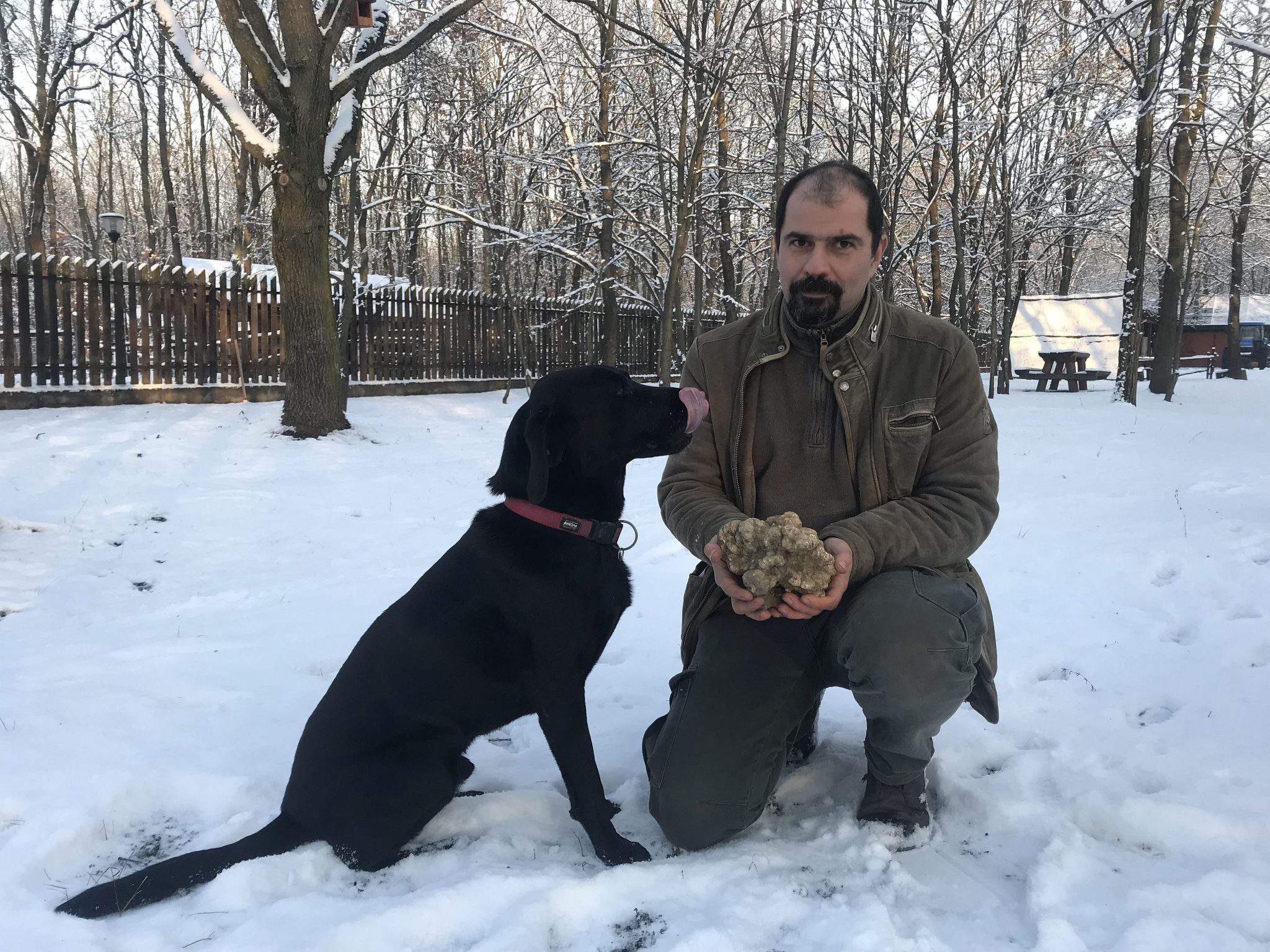