Some Hungarian beauty queens were disapproved of due to their heritage and past photos, while many became actors, TV show hosts, and models after having the spotlight on them, but others decided to discover new territories.

The Miss Hungary competition was held in 1929 for the very first time. Böske Simon, then 19 years old, won and became Miss Hungary. She had competed in beauty pageants before and even won the following titles: Keszthelyi Korzó Szépe (Beauty of Keszthely Promenade) – in which the readers of a magazine could pick the winner – and Balaton Tündére (Fairy of the Balaton).

Böske went on to win the title of Miss Hungary on January 6th, 1929, out of a total of 218 girls, and she proceeded to go to Paris to represent Hungary at the Miss Europe competition the same year. Girls from 16 countries tried to win the crown, but in the end, it was placed on Böske’s head. Many, however, disapproved of her for her Jewish heritage. She tried to bring attention to what Hungary was like after the Treaty of Trianon and said her goal was to marry a handsome, wealthy, Jewish man.

She married Pál Brammer, a textile merchant, but they divorced five years later. Brammer and Dániel Jób – Böske’s next husband – had a duel because of their conflict over Böske. She survived the Holocaust alongside Jób, while her parents were deported to Auschwitz. She died aged just 61.

The Hungarian-born American diva who passed away in 2016, aged 99, will be soon buried in her hometown, Budapest. Her life was quite the story, along with her sisters. She was a Golden Globe winner, had nine husbands, and gave birth to the only heir of the founder of the Hilton Hotels. She was also Miss Hungary in 1936, while she was still called Sári Gábor. 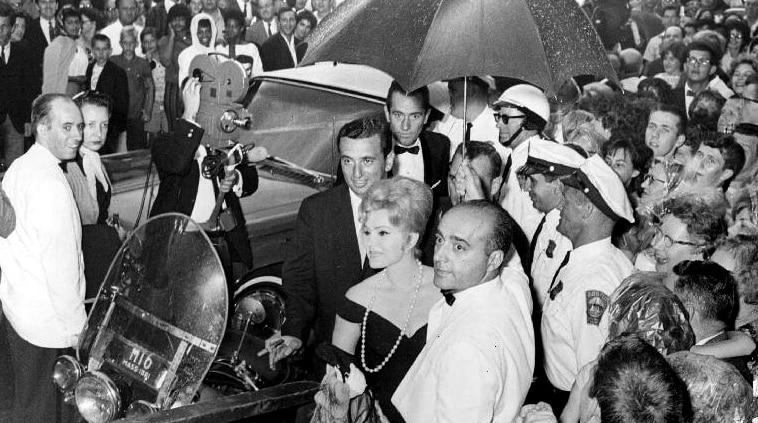 Read alsoThe Gabor sisters – the first celebrities of the US

After the World War, the competition was not held for over 40 years, until 1985. At just 16 years old, Csilla Molnár won the title of Miss Hungary and the crown on October 5th, with by far the most points. She went on to be the second runner-up at the Miss Europe competition on February 26, 1986, in Malta.

Her duties as Miss Hungary forced her to become homeschooled, but the gossip and conflicts in her life started to overwhelm her, and she tragically took her own life on July 10th. The Miss Hungary competition of 1986 came to a halt following Csilla’s passing and did not take place again until 1989.

Antónia competed in beauty pageants from a really young age and even appeared in a couple of advertisements, so she came prepared when she was crowned as Miss World Hungary in 1991, aged 22.

However, after discovering some old nude photos of her, the organisers of the competition wanted to strip her of her crown. After six long years of legal battles and lawsuits, she eventually managed to keep her title. Her scandal and life in the public eye inspired her to later write a book about her experiences, titled The Queen is Naked (A királynő meztelen).

Zsuzsi started off by winning the title of the Beauty of Zala (Zala Szépe), then two years later, she was the first runner-up at Miss Hungary 2002 at just 18 years old.

Despite not winning the crown in 2002, she was selected to represent Hungary at the Miss Europe competition in Paris the following year, which she won, and as a result, her photo was on the side of SkyEurope aeroplanes for a year.

Kata was the runner-up at the Miss Universe Hungary 2007 competition when she was 21 years old. Since then, she has become a major Hungarian celebrity and went from being the runner-up to being the owner of Miss World Hungary and the CEO of Magyarország Szépe Kft.

She did not completely leave her pageant days behind, though, as she took part in a fitness bikini competition in 2015, as a mother of two. The competition required her to go on an extreme diet and to become extremely toned and fit.

Kata has also talked about allegedly being approached and grabbed by Donald Trump at the 2013 Miss Universe Competition in Moscow.