The team of Széchenyi István University of Győr won the race of the eights, defending its title at the Danube Regatta in Budapest, which was organized by Antall József Knowledge Centre (AJTK) for the fifth time, says haon.hu.

The boat of the University of Hannover came in second, while the Corvius University of Budapest was the third to cross the line, reported the organizers. In addition to the Hungarian universities, two foreign institutions of higher education took part in the competition – the teams of Hannover and Maastricht.

Eighteen universities competed in the amateur dragon boat race and nothing changed compared to last year’s results: the dragon boat of the title holder University of Physical Education won. The team of the University of Pécs was the runner-up, while the Budapest University of Technology and Economics came in third. 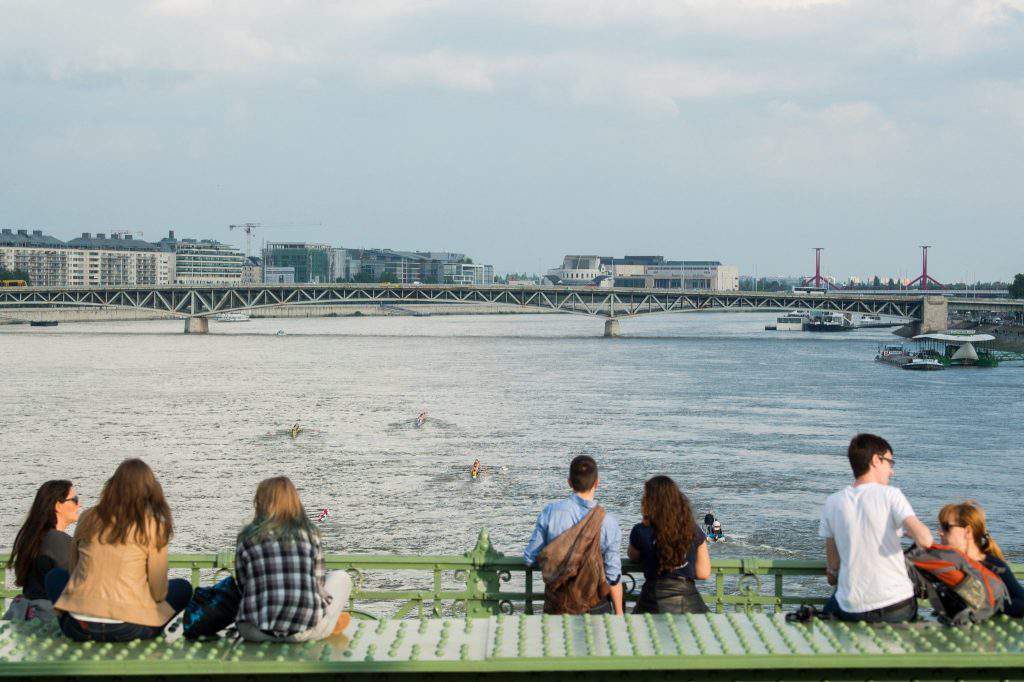 “Our wish came true, we could open the festival season in the heart of the capital and managed to make the Danube and the quay a public space for a day” – as the organizers’ statement quoted Anikó Gorácz, Head of Corporate Identity and Communications Office of AJTK.

This year’s program was outstandingly successful, according to Balázs Basa, the project leader of the Regatta. “Compared to the first event, the number of the participants got tripled at the jubilee fifth Danube Regatta as 18 Hungarian and 2 foreign universities entered the race, thus more than 500 students were competing. The number of spectators also increased significantly, nearly 28,000 people attended the all day long program” he summed up.

The boats rowed through the most beautiful reach of the Danube in the capital, the supporters cheered the teams of their universities from the Chain Bridge and the Parliament to the Műegyetem Quay. The distance for the rowing teams was 2,000 metres, while for the dragon boats it was 3,000. Both races contained heats and a final. 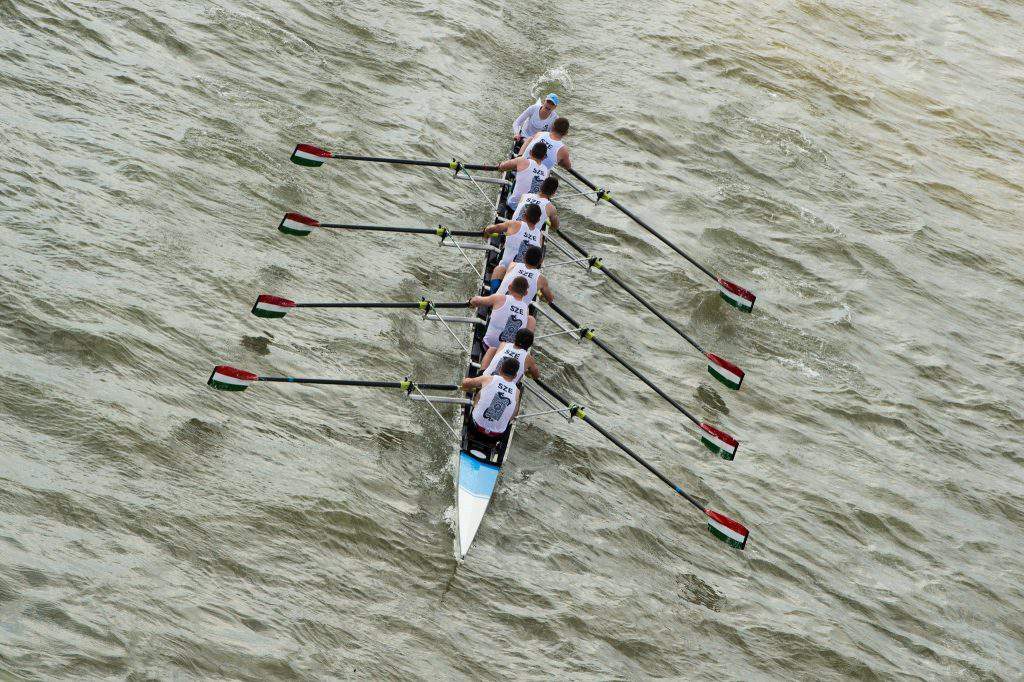 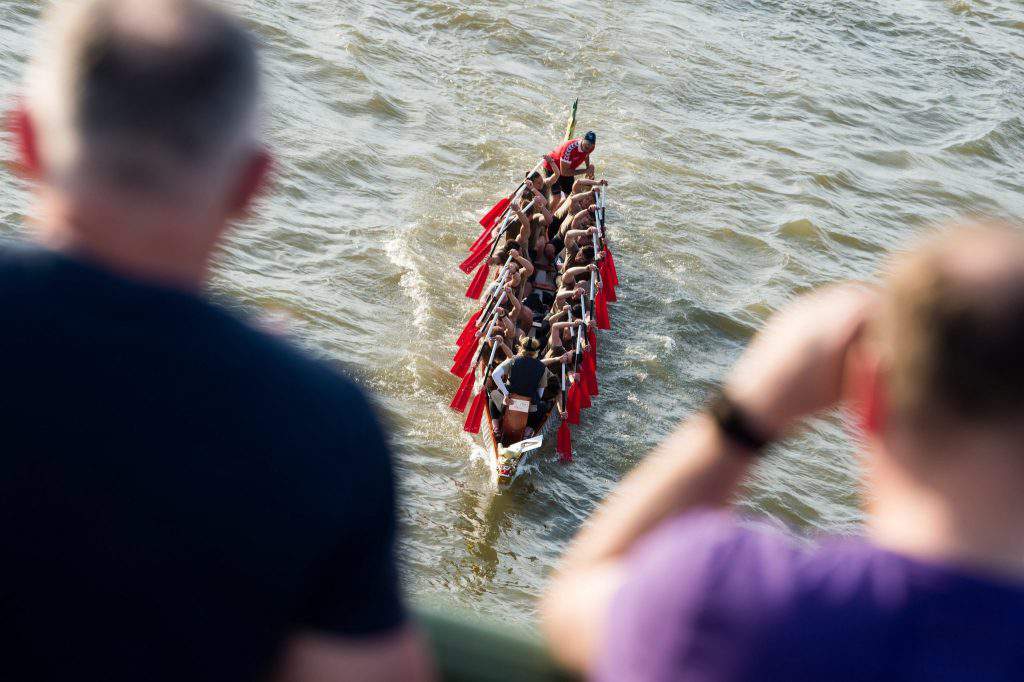 While the heats were going on the Danube, the bank provided some sports and cultural programs. Although the races on the Danube finished by day, the free programs lasted until dawn. 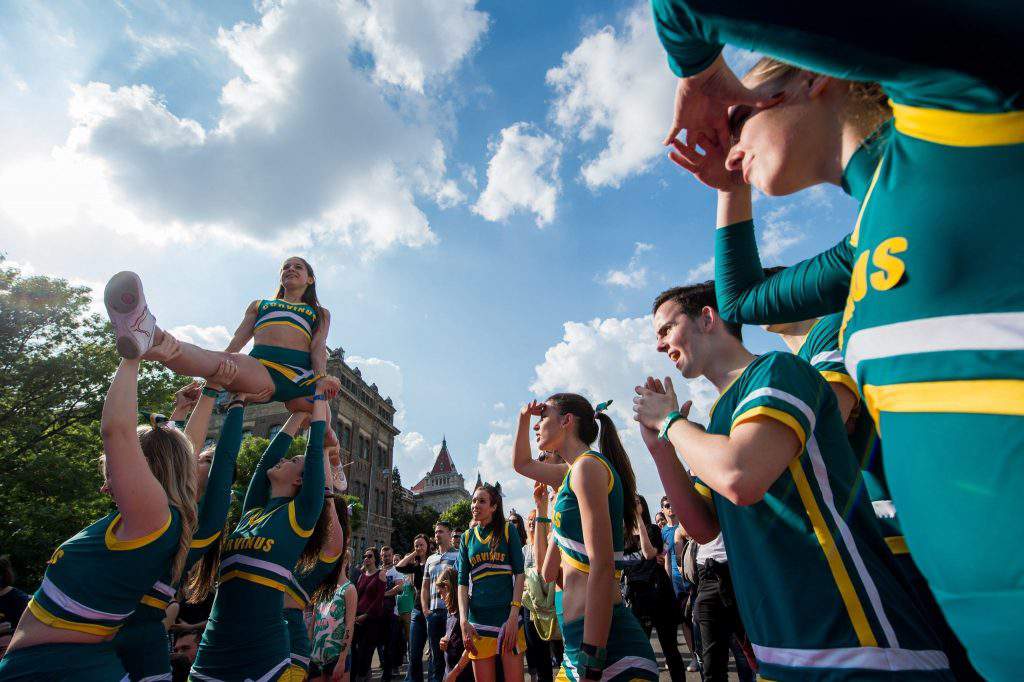