One of the biggest sporting events of the year is this summer’s European Football Championship postponed from 2020. This year’s tournament is also special because it is not hosted by a single country but by cities in several countries which share the role of the host. One of the host cities is Budapest, the capital of Hungary. Three group matches and one in the round of sixteen will be held in the Puskás Arena of Budapest.

However, those who did not get a ticket should not give up on the experience of watching a match in great company. There are plenty of places to be found in Budapest where you can get excited about the matches of the national teams and watch on a giant projector, in a large company, with delicious food and drinks.

The Városliget Ice Rink awaits visitors in a wonderful green environment in the 14th district. The Fan Zone is welcoming those who want to have fun during the European Championship. It opens at 11 a.m. each day and closes 1 hour after the last match. The free site offers fans a giant screen, good food and beverage facilities, an e-sports corner, and teqball.

The Westend Plaza at the Western Railway Station is also being prepared for football lovers. Admission to the Westend roof garden is free, but an immunity certificate is required. After that, we can enjoy the comfort provided by giant screens and blankets. Czech and Bavarian beer specialities take the experience of watching the games to a new level. 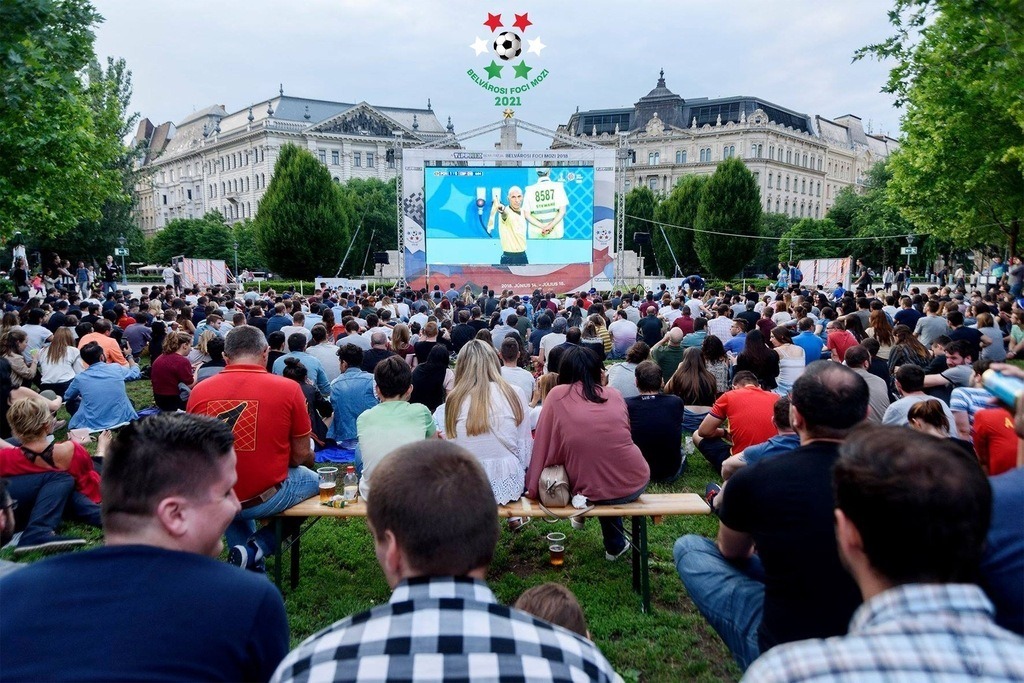 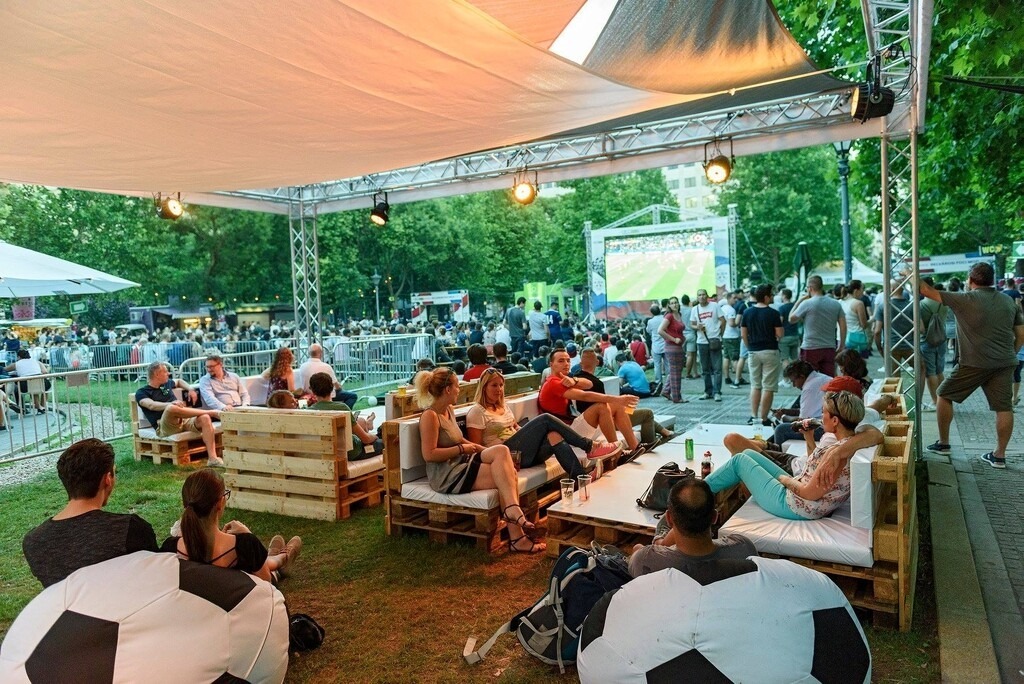 In the city centre of Budapest, close to St. Stephen’s Basilica and Deák Ferenc Square, there is the Downtown Football Cinema. This venue is known for having fans here from almost every country. The giant screen and cold beers are, of course, a given here as well. The Downtown Football Cinema is recommended for those who would combine a program in the city with watching a game. If you relax here, whether you had been walking, had just finished dinner, come with an ice cream in hand, come from a cafe, are alone or with company, you are guaranteed not to miss anything.

The matches can be followed not only in Pest but also in Buda. The Castle Garden Bazaar at the bottom of the Buda Castle is an elegant environment for cheering on your team. They open one hour before the start of each match. It is worth arriving on time, as limited seats can be booked on a first-come, first-served basis. In addition to the matches, they also provide interesting programs and conversations. If you visit here, do not forget your immunity certificate. 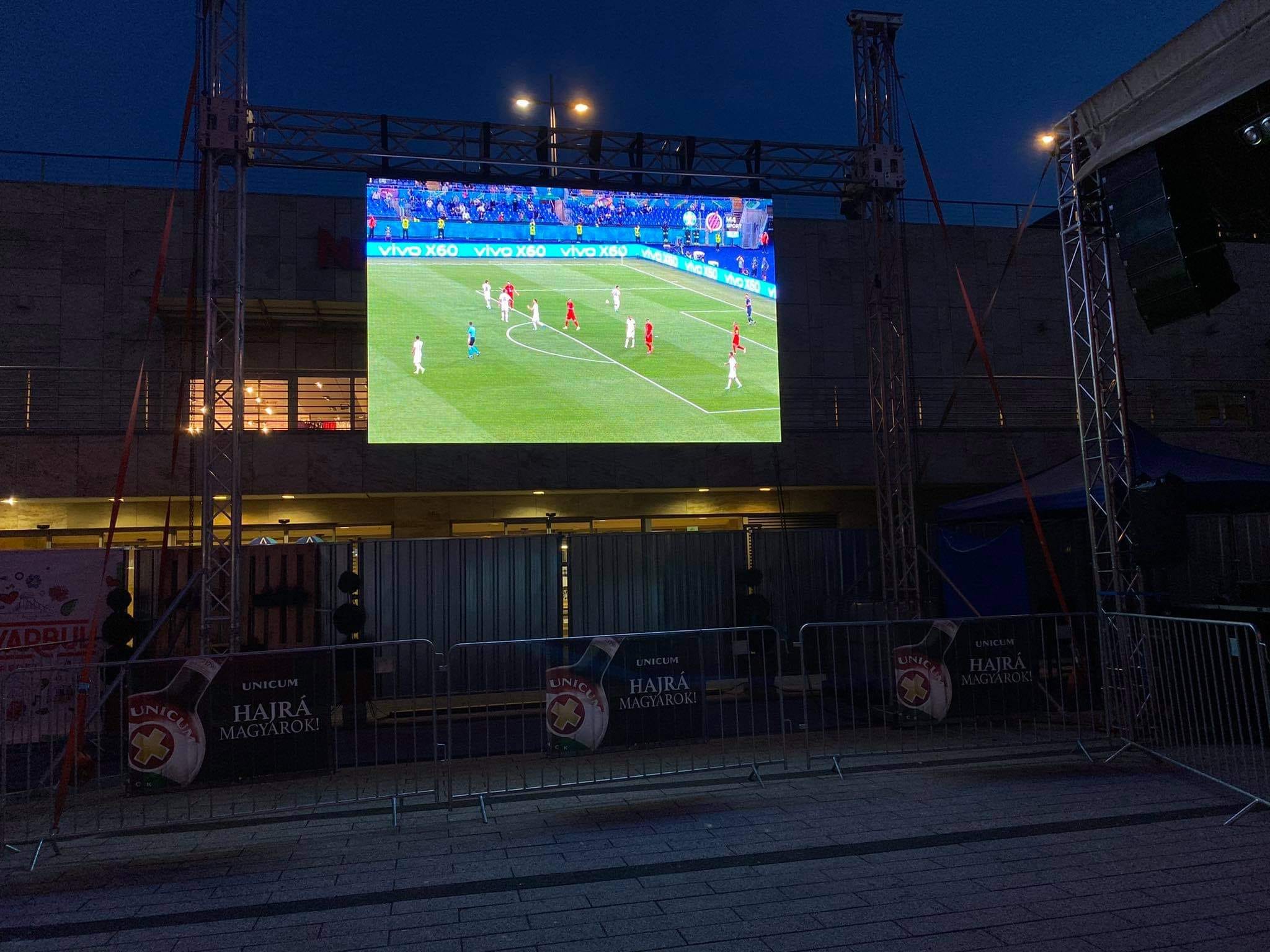 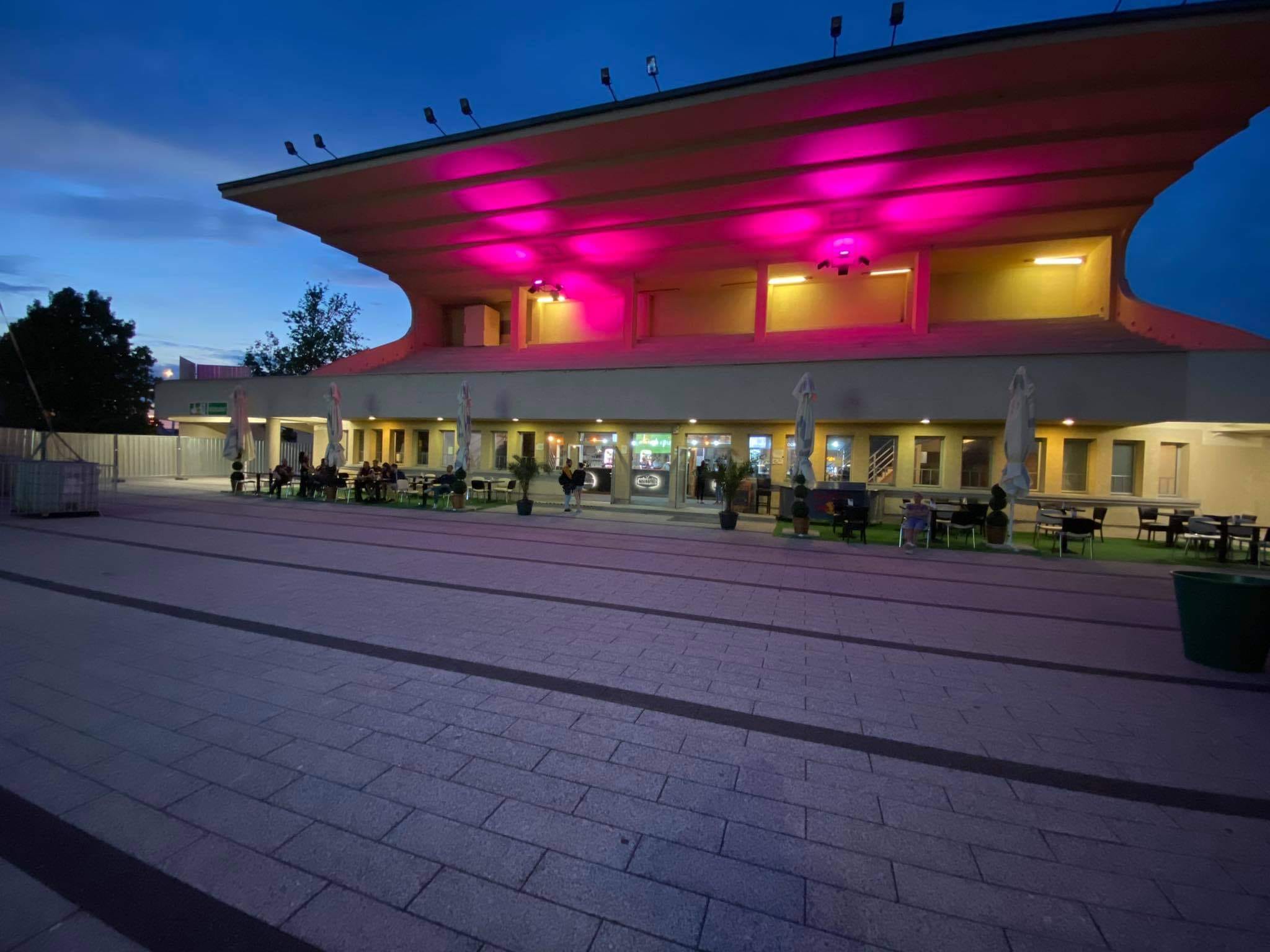 In addition to Westend, the Arena Plaza also takes care of football fans. A huge 30-square-foot screen awaits football lovers. An enormous selection of drinks and a covered terrace guarantee a nice atmosphere. Arena Garden is only 5 minutes away from the Hungarian EC venue, the Puskás Arena. You should book a table if you do not want to miss out.