By now everyone is surely in the midst of the Christmas preparations, shopping for ingredients or already have started baking and cooking the cookies and goodies for Christmas. Our readers really enjoy the traditional Hungarian recipes, so this short collection on what Hungarians eat on Christmas by Sokszínű vidék might be interesting to you.

The Christmas dinner is the cherry on the cake to all Hungarian families when it comes to the three-day holiday. Today, most Hungarians eat fisherman’s soup, breaded fish, cold roasts, but this was not always like that, as strict fasting rules applied to the dinner on the 24th.

According to the fasting customs, no meat was allowed on the dinner table, except for the fish. Despite this, our ancestors always prepared a rich variety of tasty meals. At Christmas, delicious snacks were served that were considered rarities back then. These included among many apples, chestnuts, honey, garlic, wafers.

Each snack had a separate superstition connected to it, so it was important to have them at Christmas.

Vegetables and fruits were the most important ingredients of the fasting Christmas meals, with lentils, beans, cabbage, mushrooms, dried fruits, apples, chestnuts and pumpkins having dedicated roles. According to the custom, the main course was a soup or a thick soup prepared from vegetables or/and dried fruits. There is a superstition linked to each ingredient, except for the dried fruits and cabbages.

Beans and lentils were served because it was believed that they will bring a lot of money to the house in the coming year. Beans were also eaten so that the family will have a lot of chicks in the next year. At other places, lentils were mixed with beans and with this cream, the back of the cows and oxen was covered as to make them fat and pricy.

It was believed that if one does not eat mushrooms on Christmas, they will not have poultry in the next year.

To be more pretty, girls washed with the water into which an apple was put when the tower bell invited people to the midnight sermon. If one brought the apple with them to the sermon and the next day ate it on the street in front of their house, then they got a glimpse of their future husbands. Another custom was to put the apple into the food or water of the animals’, so they will become as round and healthy as the apple was. There was also the tradition of cutting up the apple by the father into as many slices as many were seated at the table. Then they ate the apple together, symbolising their wish of keeping the family together. 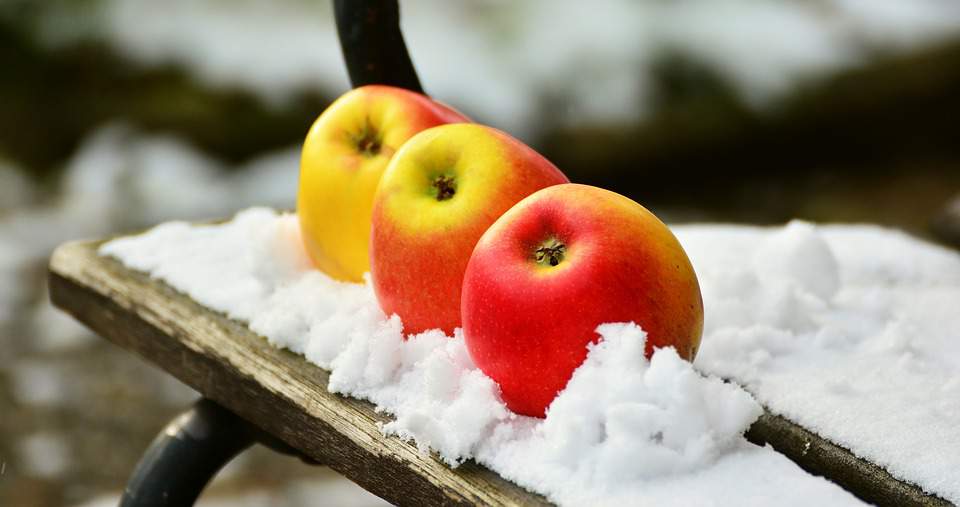 Another health item was the pumpkin, as it was taken as to prevent a sore throat. As pumpkins are usually sweet, it was also believed that

if one ate a sweet pumpkin (or anything sweet) on Christmas Eve, then they would not be sad in the new year.

Cakes were the fortune tellers who dealt with love affairs. It was believed that if during the Christmas dinner the girl snatches the first bite of poppy seed cake from the fork of one of the male member’s of the family, and then runs to the front of the house with it, she will know what her husband’s name will be: he will bear the same name as the first man who will walk past the house.

There is a nice and lovely tradition related to scones as well. Hungarians in the old days used to bake a small bread from the same batter from which the scone was baked for each animal that belonged to the household, or baked one bigger bread with nine grains of pepper, nine cloves of garlic, and with salt. The bread was distributed among the animals since if we are generous with them, they will be generous with us.