New York, September 24 (MTI) – Foreign Minister Péter Szijjártó announced Hungary’s candidacy for membership in the UN Human Rights Council for the term 2017-2019 in an address to the UN General Assembly session on Friday.

The minister expressed thanks to the countries which have already pledged support for the Hungarian candidacy.

Szijjártó said that he took the floor on the 60th anniversary of the 1956 revolution as the “representative of a free and proud nation, a nation which is proud of her traditions, culture, Christianity and fight for freedom in the past.”

The minister said that the world has been facing enormous global challenges, which led to dramatic changes. He referred to the worldwide spread of terrorist organisations, the destabilisation of some key and vulnerable regions, and the fact that 60 to 65 million people globally are on the move or being displaced because of various reasons. “It is not an exaggeration any more to say that we are in the eleventh hour to divert these changes into a positive direction,” he said.

To reach these targets, there is a need to carry out three global policy efforts, he said. Firstly, the key factor of global terrorism, namely the Islamic State terrorist organisation has to be eliminated.

“Until we finally destroy ISIS, there will be no peace and no stability in the southern and south-eastern neighbourhood of Europe, namely in the Middle East and the north African region,” he said.

Szijjártó said that the global network of human traffickers should also be eliminated because these networks have caused the death of thousands of innocent people.

“I guess we all agree that their crimes against humanity must not remain unpunished,” he said. 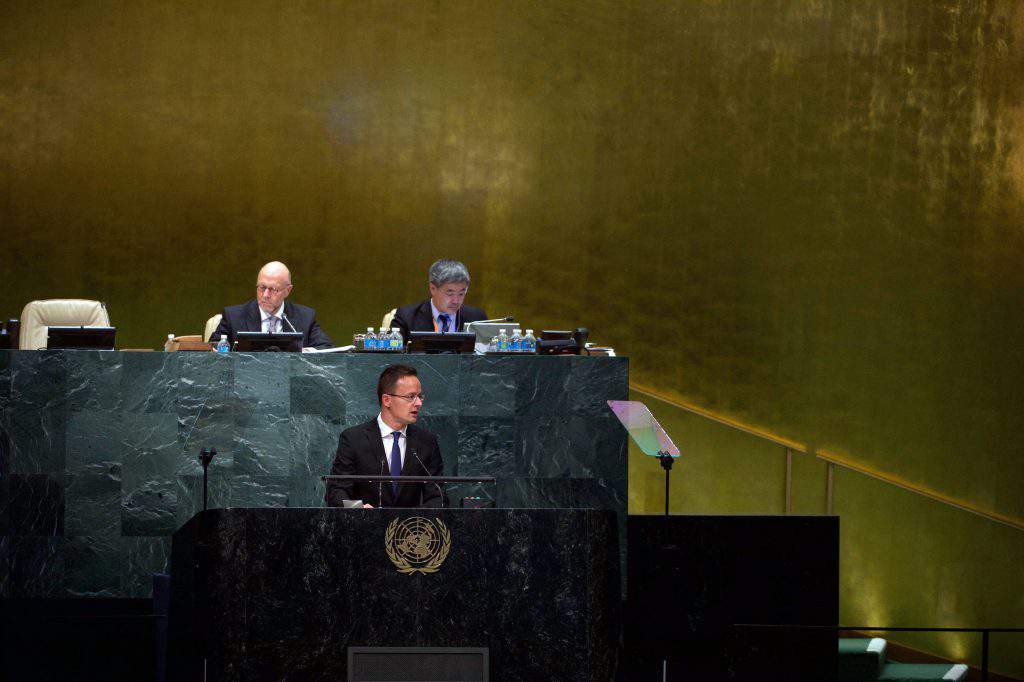 He called for changing the migration policies which inspire people to take the life hazard, violate borders and move to countries which are thousands of miles away from their home.

“Migration is an extremely serious issue. That’s why instead of emotional debates we need debates based on common sense and rationality. Instead of accusing and bashing each other we have to stand on the very stable basis of international law,” he said.

Szijjártó spoke about Hungary’s policies that contributed to diverting the recent global challenges to the right direction. He said that Hungary was one of the 23 nations that sent troops to fight ISIS. There are 143 Hungarian men and women who have been taking part in actions against ISIS and the training of the peshmerga in Iraq, he said.

Szijjártó said Hungary had urged the International Criminal Court to start to investigate crimes committed by ISIS against the Christian community. He called it regrettable and unacceptable that ICC’s prosecutor-general had not reacted to the initiative.

Szijjártó informed the General Assembly that the Hungarian government had established a state secretariat to monitor the situation of Christian communities all over the world and provide help for endangered and persecuted communities.

The Hungarian parliament has adopted stringent regulations against human traffickers, he said.

Concerning migration, Szijjártó said that Hungary has put the security of Hungarian people to the first place.

“We have protected our borders so far and we will not allow mass violation of our borders in the future either,” he said.

Szijjártó said that the migration policies which consider every migrant refugee and want to force countries to receive thousands of migrants against the will of their own citizens have failed.

He said that the uncontrolled and unregulated mass migration offered an opportunity for terrorist organisations to send their terrorists to other countries and continents. 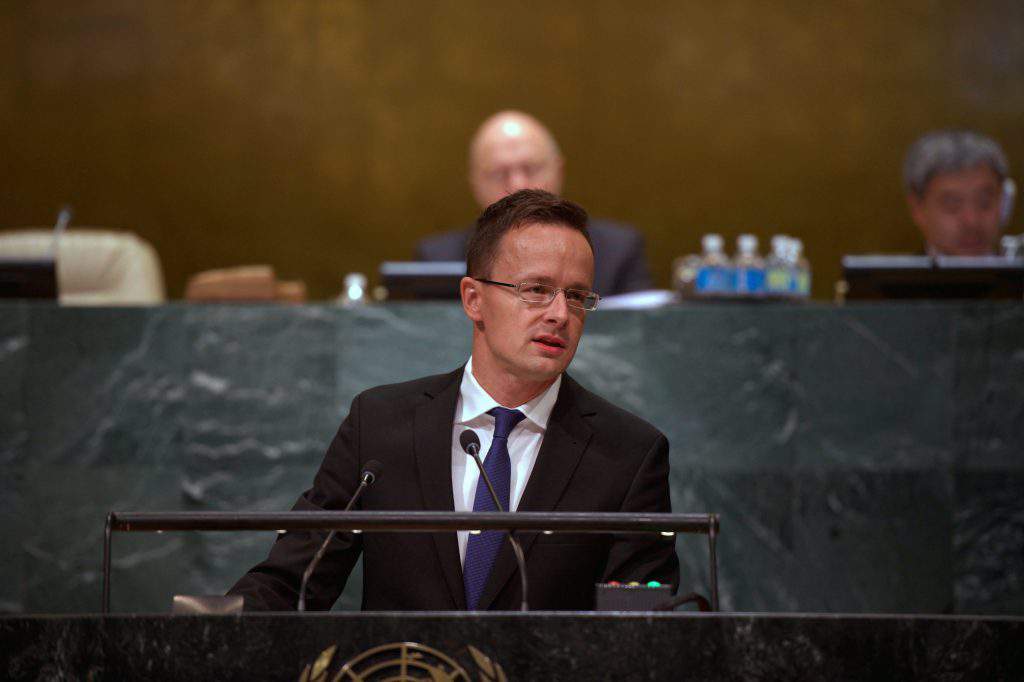 The consequence of uncontrolled and unregulated mass migration in Europe is a growing threat of terror and a worsening public security situation. It is obvious now that people in Europe expect politicians to put the restoration of security on the top of all European policies, he said.

Szijjártó stressed the need to take help where it is necessary, and help refugees stay as close to their homes as it is possible, because that will allow them to return to their homes as soon as the crisis is over, For this reason, he said, the international community has to support Turkey, Jordan, Lebanon and the Kurdish regional government in Iraq.