According to programturizmus.hu, it was the 29th time that Central Europe’s biggest military traditionalist programme series, the Spring Memorial Campaign was held. Between the 25th of March and the 21st of May, the country commemorated the glorious spring campaign of 1849 all over Hungary and Upper Hungary. Traditionalist and historical organisations, associations and municipalities who took part in the programme series organised different events all over the country.

During the time-travel, visitors could get to know the locations of the 1849 spring campaign and relive the historic events and battles that happened in the mother country and Upper Hungary. Participating towns and villages welcomed guests with diverse programmes such as concerts, historic lectures, presentations about contemporary gastronomy, processions and military parades.

The battle re-enactments were the most popular programmes, because they gave an insight into the most memorable scenes of the spring campaign. The peak of the event series was the spectacular military procession held in the Buda Castle last Saturday. Besides being the final station of the campaign, it was also a real tourist attraction.

Another historical festival was also held last weekend. The visitors of the Tata Patara commemorated the Turkish era and the battle of 1597. It was the tenth year that the festival was held in the picturesque environment of the Castle of Tata and the Esterházy Square. The event was named after patara, an old weapon which was the ancestor of petard.

The organisers of Tata Patara come up with new ideas every year to entertain visitors. For instance, this year’s festival was started with a Deák Patara, with adventurous challenges for all age groups at different stations. Between the 19th and 21st of May, museum experts and historians evoked the past, while soldiers dressed up in authentic clothes re-enacted battles and folk dancers entertained the audience.

Visitors got to see how life was in the 16th-17th century and they could try contemporary workshops and meals. There were historical exhibitions, field music, horse shows, Turkish coffee tasting, belly dancers and an authentic market with show-people and jugglers as well. You could even get an insight into the mysterious world of the harem. 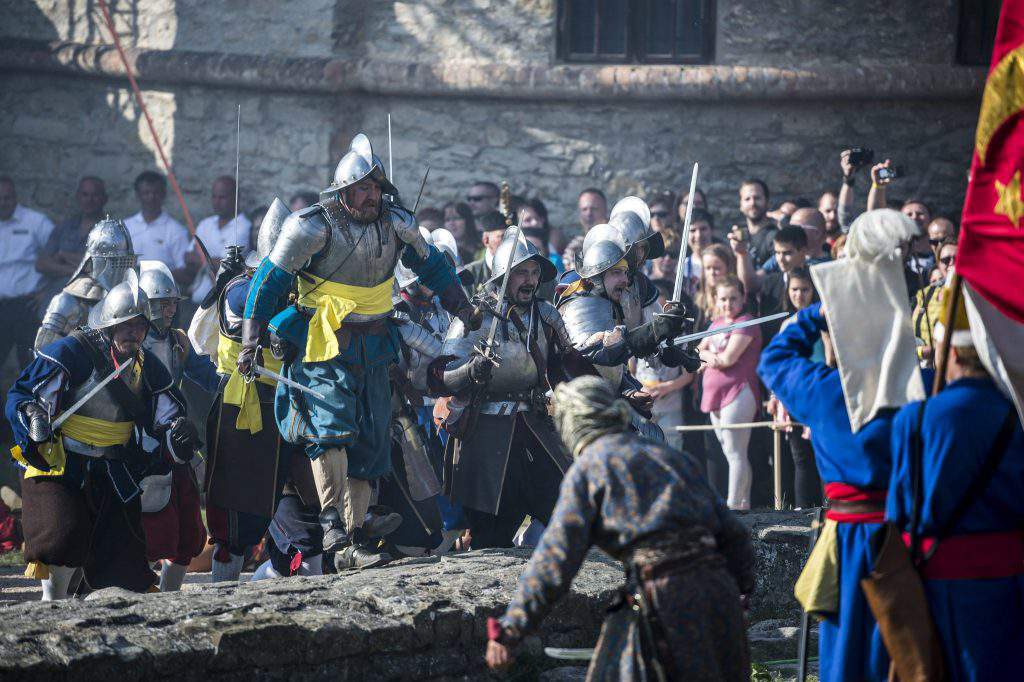 What a fun weekend!

Prime Minister Viktor Orbán has called George Soros "the world's number-one…
Arena Mall Budapest could expand from its 42,000 square metres to 60,000 as the…
China Eastern Airlines announced here at a press conference on Thursday it had opened…

Moving to a different city whether it is for work, education marriage, or any other…
We and our partners use technologies, such as cookies, and collect browsing data to give you the best online experience and to personalise the content and advertising shown to you. I accept
Privacy & Cookies Policy