Another year has passed, and it seems winter (or winter-like) weather has just arrived in the Carpathian Basin. It is getting dark early at this time of the year as days are getting shorter and everything is getting off colour after autumn. It is about time to start preparing for Christmas and shake up your day-to-day routine. Let us see some traditions and holy days.

Although there are days celebrated by most Catholic nations around the world, we can always find unique traditions characteristic to certain parts of a country or continent, even though many of these are either fading away or getting standardised by the consumer society – Christmas fairs are musts regardless of being religious or not, for example. There are many interesting feasts during the time of advent, with their own traditions. This period lasts for four weeks, from the first Sunday of Advent until the last, which is mainly around the 24th of December, the Day of Adam and Eve; although the whole Christmastide lasts until Epiphany, the 6th of January. We Hungarians held and still hold many interesting traditions that are worth mentioning at this time of year. 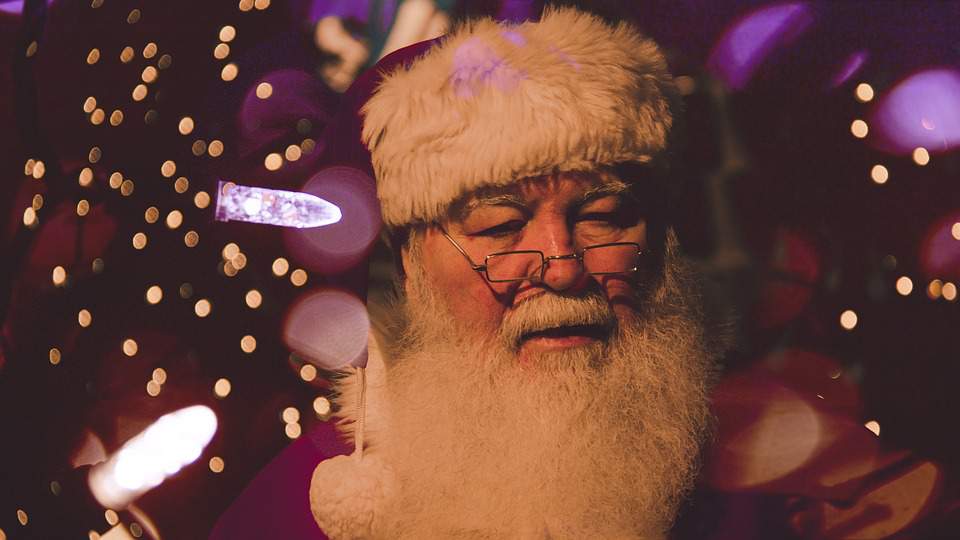 The night of the 5th and the dawn of the 6th of December is the day of Saint Nicholas, known today as ‘Mikulás’ in Hungary. He is the patron of students and children, walking around the town on this day in his red cloak and bishop mitre giving presents to them. The Hungarian traditions show German origins, where the tradition was introduced by merchants at around the X. century. They were role-playing to commemorate the acts of Saint Nicholas.

This custom later changed when adults started to visit the local kids, testing if they were good boys and girls. This tradition was taken by Hungarians, popular to this day mainly among families with kindergarten children, but it is also a common practice to leave the children’s boots on the windowsill overnight, which they have carefully cleaned. Kids have to wait until morning to find out if Santa thought they were good or bad that year, leaving either sweets or letting the Krampus leave his stick in their boots. Basically, Santa is the good cop while Krampus is the bad cop accompanying the good old man on his journey.

As you could already find out, we celebrate Santa on a separate day, while the Christmas presents are brought by the Christkind (the little Jesus) commonly referred to as “Jézuska” in Hungarian.

On December 13th, Christians celebrate Saint Lucia, a third-century martyr who brought food to the Christians hiding in catacombs using a candlelight to see her way through – that is why this day became the Christian festival of light as well. Hungarians have so many traditions linked to this day that we could dam the River Danube.  The most interesting traditions that belong to this day, for example, are the creation of Lucy’s chair; people had to start fabricating the chair on this day, using 13 different types of wood, and it had to be finished by adding one piece to it day by day until the midnight mass on Christmas. They stood up on the chair to see if there were witches among them who could be easily spotted as they had horns. The chair was burnt afterwards, meaning the witches were burnt as well.

Another Hungarian tradition worth mentioning is the planting of wheat grains. The new wheat grows several centimetres high and is kept as the symbol of new life, the birth of Jesus Christ in Bethlehem. Sometimes people put a candle next to the plant which serves as a symbol of the Light of Christ.

Last but not least, at this time of year, girls used to try to predict who their husband would be. They used various techniques to ascertain themselves. Some wrote 12 names on slips of paper and threw one to the fire every day. The one that remained was the name of their future husband. Other girls put these paper slips into dumplings and cooked them all at once. The one coming up the first hid the name of her love.

“Betlehemezés” has similar features to Christmas carolling, but it is not all about going to strangers’ houses and singing Christmas songs. Rather, it is a dramatic play in which multiple people take part. We know two types of “Betlehemezés”, the one played by real people and the one performed with puppets. The first written memory about it dates back to the 17. century.

The main purpose of this is to banish the evil spirits by making noises and wearing masks and costumes. “Betlehemezés” introduces the birth of Jesus Christ and the visit of the Three Wise Men (biblical Magi) through dialogues and carols. The main characters are those who were present at the birth of the Messiah: Joseph, Mary, (Three) Wise Men, two angels, the shepherds of Bethlehem, an ox, a sheep and a donkey. The play is performed in a manger where we find the holy family.

What do we do today?

As time passes by, we tend to forget about these traditions. Shopping in malls, going to Christmas fairs, drinking mulled wine and eating roast chestnuts there took over these as a family experience instead. This is more of an international approach, the only unique things about it may be the traditional chimney cake and the recipes of different kinds of Hungarian specialities served there during the Advent period. It has its own charms, and it is good to see families having fun together, relaxing and stopping for a while in our accelerated life, but they are not easy to enjoy when the fair is overcrowded. When I was a kid, we always went out sledging or having a snowball fight, and I can tell you, that was the best! Unfortunately, today’s kids barely know what it feels like when everything is covered with snow for weeks as there is not too much snow, especially at Christmas time.

Want to feel the Christmas cheer? Do not miss these Christmas fairs in Budapest and rural cities this year.

A total of 22,141 COVID-19 cases have been confirmed in Britain as of Monday morning,…

You’ve probably seen the ads for erectile dysfunction and viagra on your social media…
We and our partners use technologies, such as cookies, and collect browsing data to give you the best online experience and to personalise the content and advertising shown to you. I accept
Privacy & Cookies Policy