Naturally, the Hungarian national football team’s amazing achievement wasn’t left without comment in the international press. They mostly write about Cristiano Ronaldo’s revival but also mention Balázs Dzsudzsák, who was at the same level with the three-time FIFA Ballon d’Or winner. Let’s see some details!

The French L’ÉQUIPE published a two-page article about the match with Ronaldo in the centre, writing that “he started the Euro2016”. Nevertheless, they chose him as the best player of the match with a score of 8 points.They highlight three other players: Balázs Dzsudzsák (8 points), Zoltán Gera (6 points) and Pepe (6 points). Regarding the evaluation of the round, László Kleinheisler made it into the dream team of the cup and Bernd Storck is in the second place of the best coaches’ list, tied with Jan Kozak, at 6.33 points. 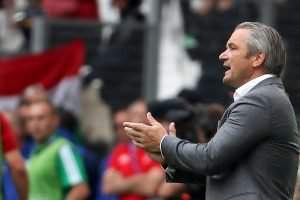 The Italian La Gazette dello Sport also thought that the Hungary-Portugal match was the craziest and best match of Euro2016 up till now, where the impossible happened. “Hungary, who was believed to be the weakest in the group, finished in first place and what was thought to be impossible happened, Portugal only qualified in the third place.”

Spiegel.de analysed how the Hungarian team was able to keep the Portuguese behind their back. Alfahir.hu found that they emphasised Bernd Storck’s tactical sense, the flexibility of Hungarians, the strong left side and the effective offensive game: while Hungarians scored 3 goals from 9 shots on target, the Portuguese achieved the same out of 21 tries. They also mention the effective and precise defence. “They don’t have a real star player and Gábor Király is the oldest player of the European Championships, who is very popular in his homeland.” They also write that many Hungarians put on grey sweatpants for the match. “Bernd Storck flung all 20 of his fielders, while the Germans only flung 16, the Portuguese 17.” The article also emphasises that the strongest the opponent, the better the Hungarians operate with long shots. They write about Balázs Dzsudzsák separately: he is the head of the team, who is very versatile and could be flung on both sides. 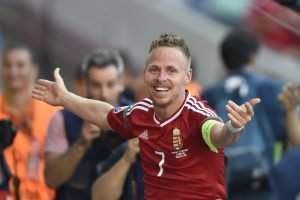 The Spanish Marca published a one-page article about the match and a shorter writing about the Hungarian team separately as the surprise team of Euro2016. Nemzetisport.hu shared that they also chose Cristiano Ronaldo as the best player of the match and highlighted the performance of Balázs Dzsudzsák (he got 8 points just like CR), followed by Guzmics, Gera who both got 7 points.

The Portuguese Record is happy that Cristiano Ronaldo finally managed to shake that ketchup bottle! They used their Wednesday front-page as Thursday’s front-page, in which they recalled the player’s 2010 statement about a ketchup bottle which is just like goal scoring. Nothing comes out for a while, but when it starts coming out then you can’t stop it.

BBC Sport titled the part of their article about Hungary “Surprise package Hungary” and went on with stating: “Unfancied Hungary have emerged as one of the feel-good stories of the Euros and have advanced from the group stage of a major tournament for the first time since the 1966 World Cup.”

And finally, UEFA Euros2016’s team reporters Joseph Walker (Portugal) and Matthew Watson-Broughton (Hungary) also discussed the match. Here is a bit of it:

“Matt: Gera lurking on the edge of the area searching for half-cleared corners is a trademark of his, and he certainly still has a penchant for the spectacular – even at 37.
Joe: It was vintage Gera, rolling back the years.” 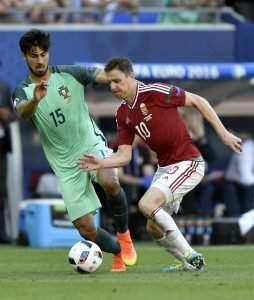