What’s Christmas like in another country? – things Hungarian expats have to get used to

Lots of Hungarians decide to move abroad, for a variety of reasons. However, there are certain things that we can only experience in Hungary. So, Hungarian expats have to learn, for example, to say goodbye to good quality sour cream or the truly Hungarian pálinka. Not to mention they also have to get accustomed to a different way of celebrating Christmas.

When visiting another country, we can experience quite a bit of culture shock, and this is even more so when we move there for a longer period of time. Szeretlekmagyarország reports about Bea’s experiences of having lived in London for the past five years, with the hopes of continuing to live there after Brexit as well. She explains that there were a number of things she had to get used to, what she misses the most from Hungary, what works much better here, and how she spends Christmas in a different country.

We all know the theory that supposedly it always rains in England. Well, that is not true exactly, there are sunny days in Great Britain as well of course. However, it is true that they do not get as much snow as we do here in Hungary. (The snow was especially beautiful in Hungary this past weekend, check out photos here.)

As to what a Hungarian abroad can miss the most, pálinka and a real Hungarian pickled cabbage were at the top of the list.

In England, apparently, beverages with higher than 40% of alcohol in them are taxed higher, so not many business owners choose to sell them.

Although a bottle of Fütyülős, Szent István or Rézangyal can be purchased at the Hungarian store in London, for example, they are made especially for the British market and so contain only 40% of alcohol.

So, friends and relatives visiting know what to bring as a gift.

The situation is the same with the Hungarian paprika – the sharp-ended, hot type. Although most things can be bought in the Polish shop considering the two cuisines are quite similar, so sour cream and cottage cheese are taken care of, and Tesco sells poppyseed as well, nothing beats the home tastes, let us be honest.

Traditional English meals are also not used to as many spices as we are used to from the Hungarian cuisine, so those dishes can feel quite tasteless.

Two things that are extremely common in Britain but baffle/annoy Hungarians are the separate hot and cold taps and the carpets covering the floor of basically every room of a house. 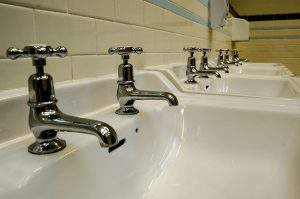 The taps are admittedly annoying and their continued presence in the 21st century is almost unbelievable. The carpets may seem like a good idea, giving a nice, cosy feel to an apartment; however, cleaning them is not much fun, so the fact that they appear in pubs as well is inexplicable.

Add to this the fact that not everybody in the world is told from a young age to take their shoes off when entering the house like Hungarian children are.

Wet boots and carpets are not a good match, obviously.

Despite the sorry state of the Hungarian healthcare system, it seems like there might be worse places. Those who can afford it choose rather to come home for a dentist appointment or a gynaecological visit instead. It is less expensive than in Britain, but the quality is better.

Hungarian nurses also seem to be better qualified and give a more extensive overview to soon-to-be mothers.

In Britain, it can happen that a newborn is taken down to the pub or on holiday, risking the child getting a serious infection. The attitude towards hygiene is also different. Most Hungarians are used to taking a shower every day; however, that is not as natural in other cultures as we might think.

Unlike the Prussian-style school system that we are used to here in Hungary, British schools operate rather differently. For instance, while children at home are not taught to behave well, so school teachers have to make up for this, the British youth is preparing for life in school; they learn more skills necessary to get by than Hungarian children do, who have to have a lot of lexical knowledge but putting all that into practice is not part of the curriculum.

Christmas in another country

Luckily, the Hungarian store is a good source for getting the ingredients for a Hungarian Christmas dinner. Hungarian expats still celebrate Christmas in the evening of the 24th of December, eating the traditional fish dish. 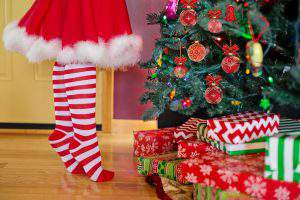 However, in Britain, Christmas is celebrated on the 25th of December, so it often happens that Hungarians still work on the 24th.

Or, they are supposed to go to the office Christmas party on the 24th when they would rather be at home with the family.

Putting the Christmas tree up often happens at the beginning of December, unlike in Hungary, and they do not have the rule of keeping the tree up only until the 6th of January, either.