Where is the exactly center of Hungary?

Since ancient times, it has become a common practice internationally to define the geographical center of each country. According to femina.hu, the location of the center of Hungary was defined in 1986; but due to our history, it is not the only place that is claimed to be the center. 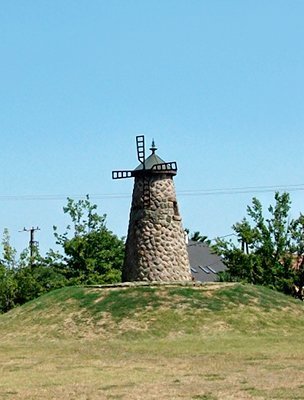 Since 1968, Pusztavacs has been the official geographical center of Hungary. This contributes significantly to the reputation of the village, especially since a tower has been erected to indicate the special title.
The tower, designed by Ybl-winning architect, József Kerényi, was erected in 1978. The characteristic building, covered with larch slats, is located in the middle of a meadow, and there is a map of Hungary under it, indicating the center with coordinates.

Further attractions are the sundials, which show the local and standard time as well. There is a resting place and a fire pit close to the tower, too.

The area of Hungary changed significantly in the last century – primarily as a result of the Treaty of Trianon. Many believe that it is worth knowing where the center of the Kingdom of Hungary is.

In 1880, measurements were taken to define the center of the Kingdom of Hungary – according to the results, it was Szarvas. To indicate its importance, a windmill was built there, but it was later demolished. In 1932, based on other measurements, the center was defined to be half a kilometer away, where a windmill-shaped monument reminds us of the size of the Kingdom of Hungary.