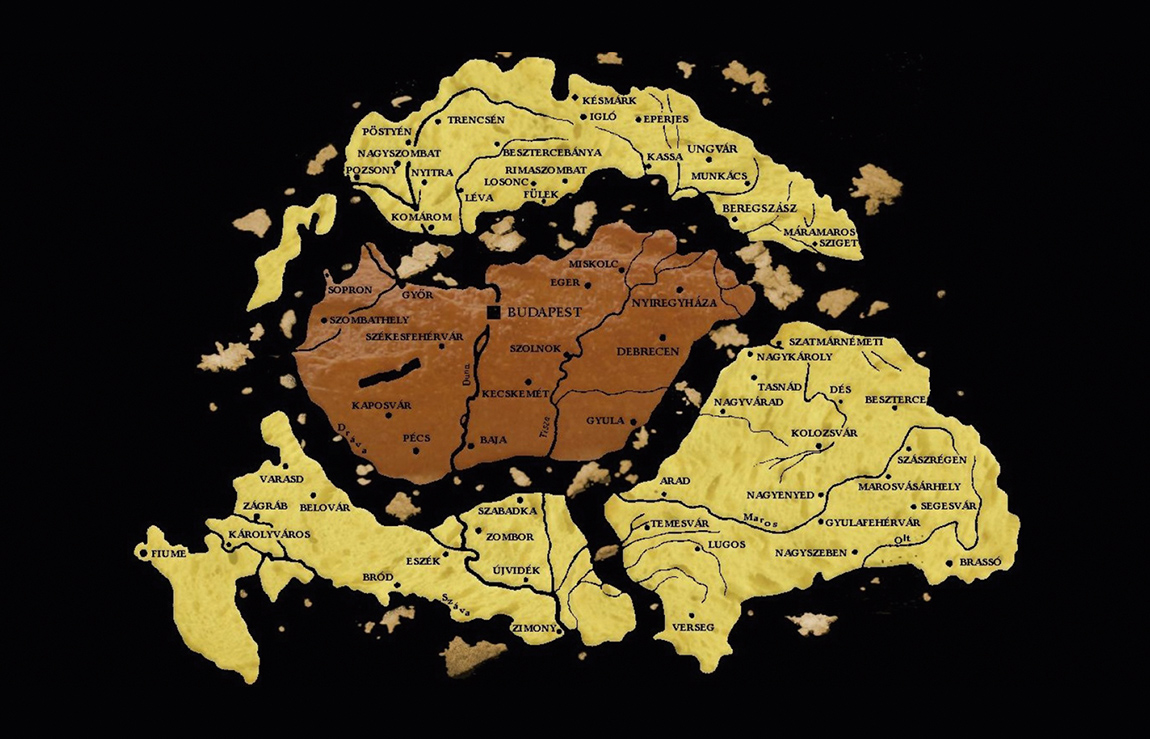 Why is Trianon still so devastating for Hungarians even after 100 years?

The Treaty of Trianon, signed on 4th June 1920, is still a social trauma for many Hungarians even though a hundred years have passed. According to György Csepeli’s representative survey in 2010, 66% of respondents, which grew to 68% two years later, have called Trianon the greatest tragedy in Hungarian history. The revolution of 1956 and the subsequent retaliation is in second place, while the Holocaust, the persecution of Jews and their deportation is the third most tragic event in Hungarian history.

24 writes that, according to the findings of Publicus Institute in 2018, 73% of Hungarians believe that the Trianon Treaty was the most tragic event in the long history of Hungary. In 2020, this number rose to 83%, with no relation to political beliefs among respondents.

Even according to an international poll conducted by the Pew Research Centre this year, two-thirds of Hungarians agreed that certain parts of neighbouring countries should belong to Hungary to this day.

It is completely understandable why Hungarians, who have directly become minorities and who even experience discrimination directly because of the treaty, find it difficult to accept the event, but how did the detachment of areas affect those who were not directly involved in it? Why do they experience it as a trauma, and how can a historical event survive in the public consciousness? Why does the Treaty of Trianon still hurt after 100 years?

Historical traumas affect us from generation to generation

We know a lot of things about the nature and effects of personal trauma. However, we do not know as much about stressful events remembered for generations by people belonging to a group or a nation. The Treaty of Trianon is a collective, historical trauma for many Hungarians.

Certain events can, in fact, cause shock, anxiety, or depression without direct personal involvement.

This phenomenon was first observed in the children of Holocaust survivors, but later, the same behaviour was detected in other groups, and the theory got confirmed. Such historical trauma can be a one-time event, but it can also be centuries of discrimination and oppression. The latter, long process obviously has a stronger effect on the condition of direct survivors and their offspring as well. According to some research, the effect passed on through generations can be psychological, but it could also be social, cultural, neurobiological, or, according to some, it could even be genetic. 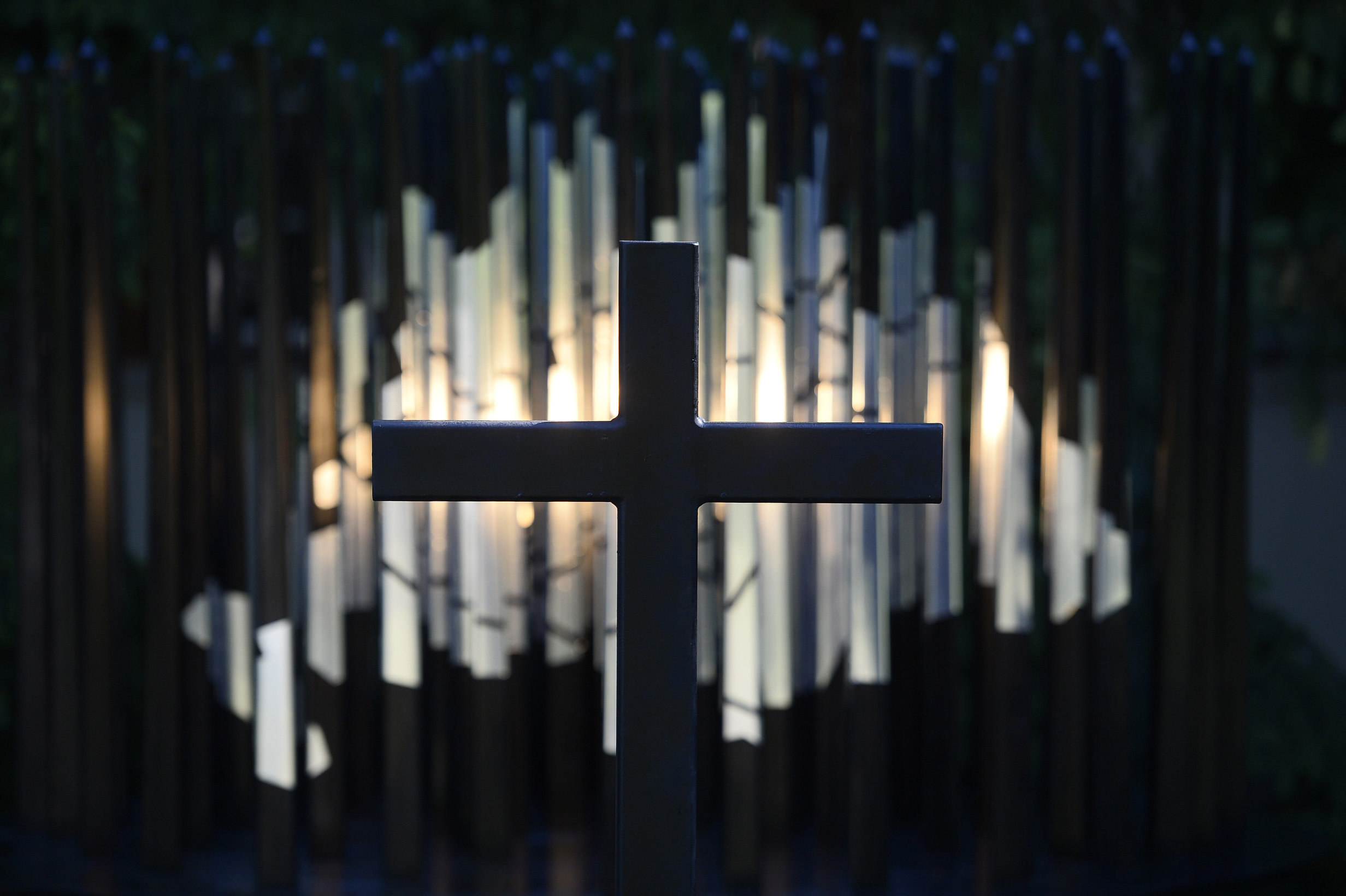 The perception of such traumatic events by individuals, however, can be greatly influenced by their communities. The events that have happened in the past but that are still active parts of contemporary culture will legitimately affect the current state of mind of people and their interpretation of current problems as well.

Therefore, a collective trauma can be felt not only by those who are directly connected to it via the experience of discrimination, or those that have family photos or memories connected to the event, but also by other people through various social and political phenomena, symbols, or actions that remind the group or nation of the incident.

As a result of historical trauma, a collective victim identity is often developed when a group of people believes that they are the victim of other groups or tragic events, thus creating a kind of collective reality for their members. To experience this, one needs to identify with the group, feel direct continuity with the events of the past, and experience such a defeat as one’s own. This victim identity can increase the sense of togetherness of affinity of the group towards its members. It can reduce stress, or even motivate members to take action.

It is certainly understandable that there is more talk about the Treaty of Trianon, because of its centenary, but it has been an important element in Hungarian politics for the past few decades. Between the two world wars, the Hungarian government devoted a lot of their assets to shaping the belief of retaliation and revisionism. This, however, has greatly changed after 1945. The Treaty of Trianon became a taboo subject, and it was not possible to talk about it. Even though it was a taboo, according to later surveys, the issue of Hungarians across the border still interested many at the time.

The demolition of villages in Romania in 1988 and the discussions about the planned Bős-Nagymaros dam brought the question of the situation of Hungarians living over the border to the forefront, and people living in mainland Hungary began to show solidarity to minority Hungarians in neighbouring countries. After the regime change, part of the revisionist program between world wars was reinstated.

The topic of Trianon became mainstream in politics and history in the 2000s, and today, more and more social scientists (such as Ignác Romsics, György Csepeli) consider it a social trauma that still deeply affects Hungarians today.

The loss of territory was in itself devastating, but it is likely that all the suffering of World War I and the period right after, along with the Spanish flu, is part of that experience of loss, and it might be why that particular trauma is so severe. 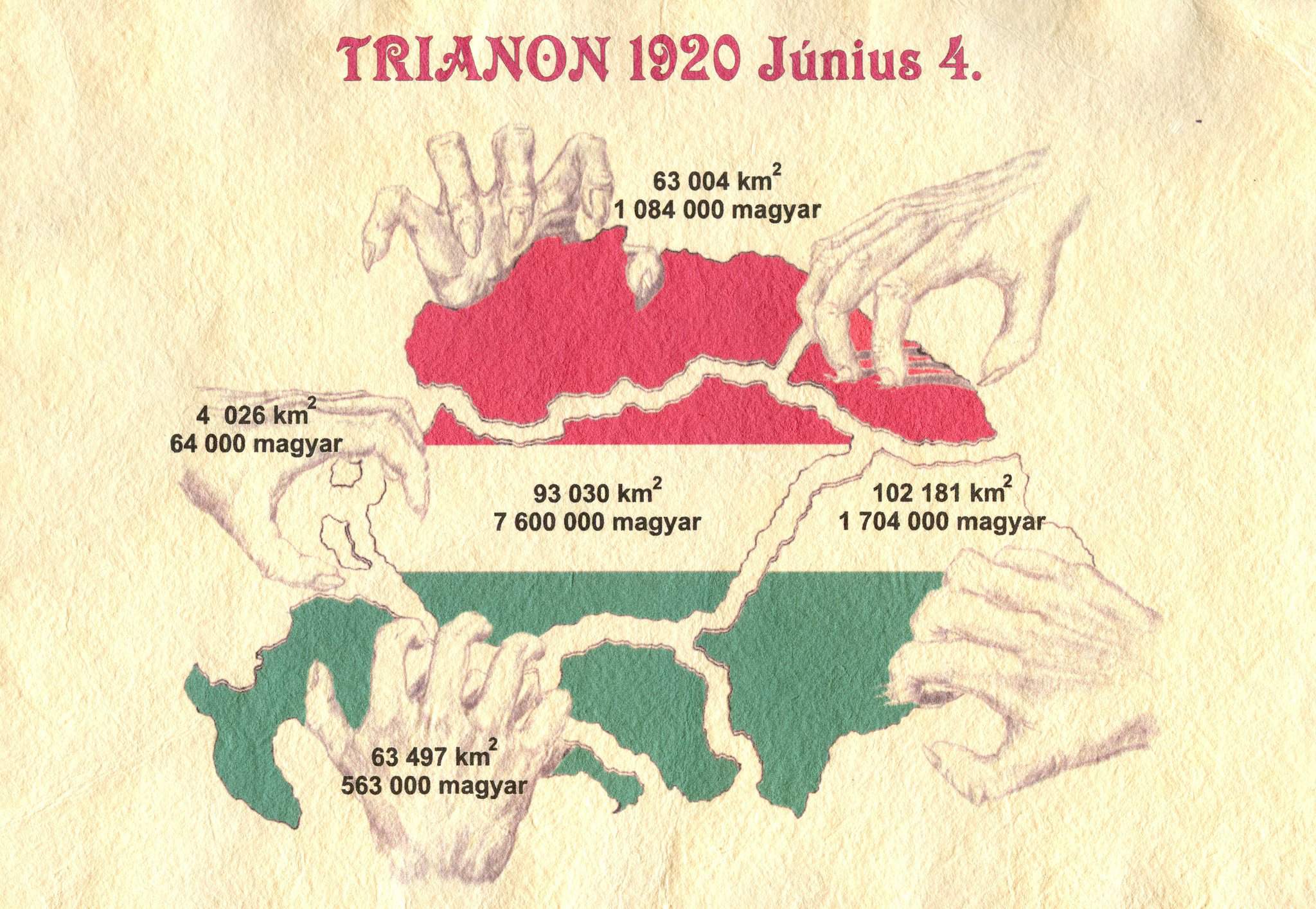 Because it is the centenary of the event, it is understandable that issues related to the peace treaty now concern even more people, but over the past decades, various political and cultural reminders have shown us how to interpret Trianon properly. In 2010, the Parliament accepted the National Unity Day, and since then, June 4th is a national Memorial Day in Hungary. There is a memorial museum in Várpalota which, according to its creators, is “one of the bravest, most important, and most effective institutions of Hungarian cultural memory policy”. There is an internet database called the ‘Köztérkép’ (Public Map), which is independent and is maintained by voluntary work. The database has collected a total of 254 Hungarian monuments and works of art that are in some way or another connected to the Treaty of Trianon. The rock opera ‘Trianon’, based on personal recollections, directed by Gábor Koltay, debuted two years ago, for example, and commemorations were held on 4th June 2020 all over Hungary.

Although it is a sad and devastating event of Hungary’s past, such tragic events are the ones that truly bind us Hungarians together and inspire us to keep on fighting. 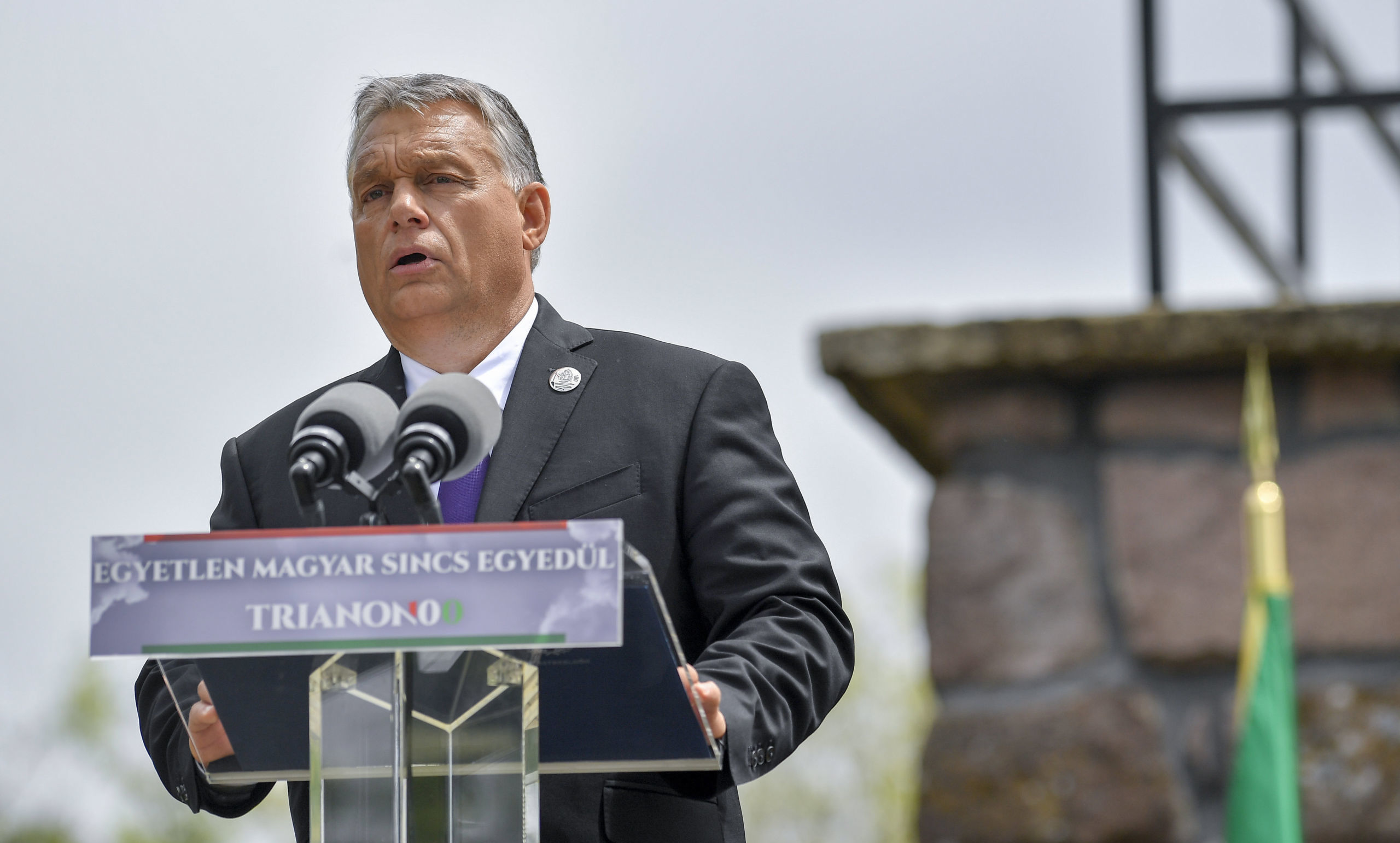