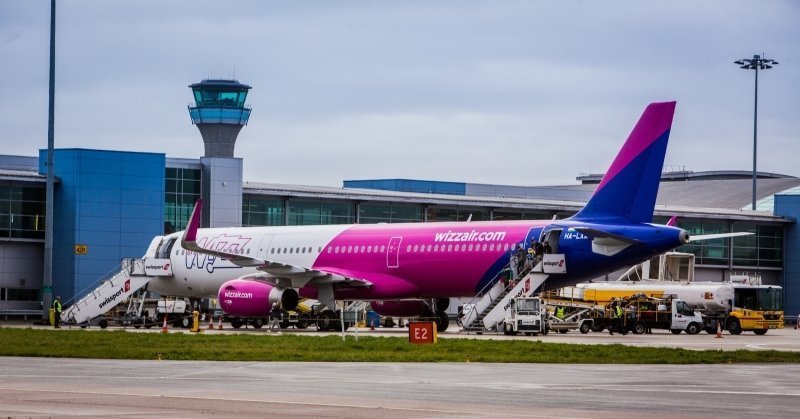 One of Wizz Air’s aircraft caught fire on Saturday at the Debrecen airport – Utazómajom (Travelingmonkey’s Hungarian page) reports. According to the article, the flight between Debrecen and Paris was affected.

Airlines Travel has posted a video on its Facebook page that shows passengers leaving the damaged Airbus A320 on emergency slides. It is at present unknown what might have caused the fire. According to Utazómajom, no one was injured.

Debrecen Airport told AIRportal.hu that the airport fire brigade and the police arrived within seconds and immediately began to help disembark the passengers and extinguish the fire. There were 180 passengers onboard, all of whom managed to escape unharmed.

Wizz Air has submitted a notice to 24’s editorial office, which reads:

“Wizz Air confirms that its W6 7867 flight from Debrecen to Paris-Beauvais on 4th January had to be evacuated during the pre-flight de-icing at Debrecen Airport, after ground staff and the airport fire station reported a possible fire at the rear portion of the aircraft.The staff evacuated the passengers at the front door slides following the proper protocols. All passengers left the deck safely.

The airport fire department and maintenance personnel thoroughly inspected the aeroplane and confirmed that no actual fire had occurred. It is possible that the dispersed de-icing agent illuminated by the lights shining on the vertical stabiliser might have created the impression of smoke.

The evacuated passengers are provided with accommodation and meals by Wizz Air. The flight was rescheduled to the morning of 5th January, as was the return flight from Paris-Beauvais to Debrecen. The staff followed the proper protocols and evacuated the aircraft in a professional manner. Wizz Air sincerely apologises for the inconvenience, but the safety of our passengers, our staff, and our aircraft remains our highest concern.”

Last year, one of Wizzair’s planes had to perform an unscheduled landing in Budapest, and there is news that Wizzair is planning a direct flight between Budapest and Minsk.

Budapest economy European Union Fidesz Government History Hungary migration Ministry of Foreign Affairs tourism Viktor Orbán
The average gross wage for full-time workers in Hungary grew by an annual 13.1…
By 1453, the Ottoman sultans tried to conquer the capital of the Byzantine Empire…
The government is still not aware of any cases of the new virus being present in…
Csabal Káel who was appointed commissioner in September, eight months after the death…
We and our partners use technologies, such as cookies, and collect browsing data to give you the best online experience and to personalise the content and advertising shown to you. I accept
Privacy & Cookies Policy