According to Dr László Patkó wildlife biologist, as the number of large carnivores in Hungary is gradually increasing, people have to learn the guidelines and strategies of coexistence with these animals. Every year, brown bears come to the area of the Bükk National Park from Slovakia, but we also hear about the permanent presence of wolves, lynxes and bears in some areas of the North Hungarian Mountains. In April, a mother bear and her cubs were spotted by a camera trap in Northern Hungary and on Monday, a forester saw a wandering wolf cub in the Bükk Mountains.

Balázs Szívós Hungarian forester shared a special video on his Facebook page about a wolf cub curiously approaching the man, 24 reported. This was not the first time he saw wolves in the Bükk Mountains, but he could not film them previously. The forester did not reveal the exact location where he spotted the cub to protect the animals.

The presence of wolves does not imply any particular danger, the species have been deemed endangered in Hungary since 2001.

“Large carnivores have disappeared from a significant area of Europe due to loss of natural habitat and human persecution. However, owing to more strict conservation regulations, more accepting views, multi-actor (wildlife management, environmental protection, livestock) species conservation programmes, natural habitats with many preys and their own capability to adapt rapidly there’s once again a promising future for wolves, lynxes and bears,” wrote WWF Hungary.

24 did a lengthy interview with Dr László Patkó wildlife biologist, programme director of WWF Hungary Large Carnivores Programme. He explained that people can ensure their safety in the forest by applying certain guidelines and practices that help mitigate conflicts between humans and large carnivores.

Bears come to Hungary regularly from Slovakia, and certain precautions are warranted in the affected areas, but any kind of bear “invasion” is unlikely. Bears mostly inhabit dense mountainous woodlands. The nearest core bear range is located in the Carpathian Mountains and the densely populated North Hungarian Mountains do not provide suitable habitats for bears. As far as the safety of local inhabitants and tourists is concerned,

bears do not regard humans as prey. They are “vegetarian” predators, plant foods make up the majority, 40−60%, of their diet. The problematic cases are mainly caused by human activities such as direct feeding.

These carnivores are very adaptable, opportunistic animals, they eat what they have access to. Dr László Patkó told that he came across a relatively high number of problematic bears in the vicinity of Lacul Sfânta Ana (Saint Anne Lake) in Transylvania. However, after grilling had been banned and regular garbage cans had been replaced by bear-proof ones, bears disappeared from the immediate vicinity of the area visited by tourists within a year. Local farmers have always had to deal with the problem of bears killing livestock, but with the use of electric fences and large guardian dogs, they can eliminate this danger.

Wolves have always inhabited the North Hungarian Mountains, but since the territory of a wolf pack is typically 150−300 square kilometres in Europe, there is no space in Hungary for thousands of wolves. A pack usually consists of four to ten individuals.

Currently, there are maybe two packs in the Bükk Mountains, two in Zemplén and two or three in the vicinity of Aggtelek karst. Based on camera trap observations, the total number of wolves in Hungary is between 20 and 60.

We should not ignore the dangers encountered by humans when interacting with these large carnivores, but they usually avoid humans. Dr László Patkó highlighted people should not throw away any garbage and leave the children alone in the affected areas. 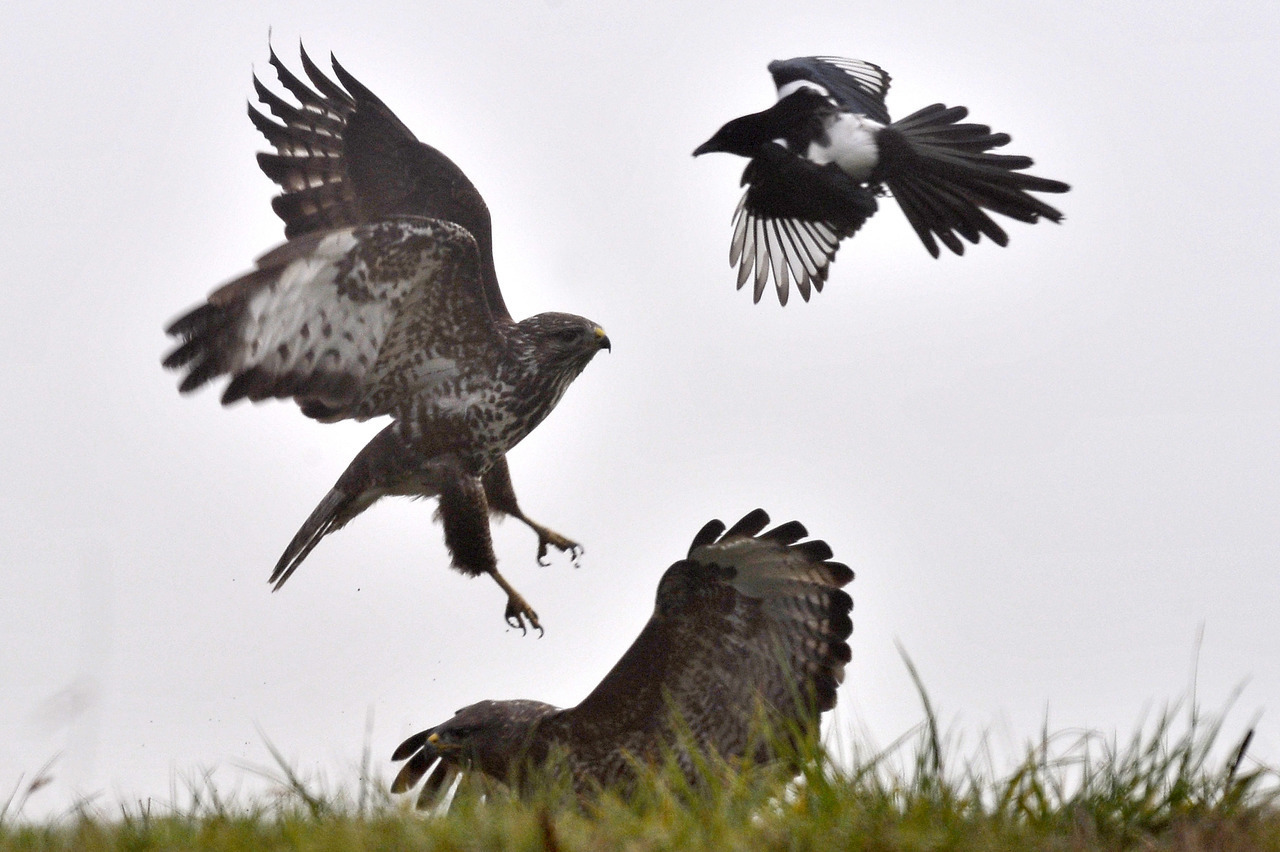