The International Theatre Olympics is one of the most prestigious and outstanding events in the world of theatre from both a social and a professional viewpoint.

The project was founded in 1994 on the initiative of the famous Greek theatre director Theodorus Terzopoulos. Since then, it has evolved to an event where the leading theatres in the world showcase their best performances.

The first Theatre Olympics took place in 1995, in the cradle of global theatre, the Greek city of Delphi, and its theme was the ancient Olympics in the modern world. The main idea behind the Theatre Olympics is to bring together various schools of theatre, who often had different or even directly opposite views on theatre, and promote intercultural networking among theatre artists, writes Theatre Olympics 2019.

In the last 25 years, the Theatre Olympics has been held nine times in different countries around the world: Greece, Japan, Turkey, South Korea, Poland, and China. The 2019 Theatre Olympics was special because, for the first time in its history, it was hosted by two cities in two countries at the same time: St. Petersburg in Russia and Toga in Japan.

At the roundtable discussion held at the National Theatre, Theodoros Terzopulos, founder of the Theatre Olympics, emphasised that

the event seeks to capture the characteristics of every country and support national performances and national self-awareness.

“Of course, that does not mean we do not build bridges between the worlds, but I know from experience that the wave of modernism has somehow abolished the national characteristics of theatres in different countries. […]

We are trying to build bridges between great theatrical traditions, modern languages and theatre schools,”

Valery Fokin, one of the greatest Russian directors, who also worked at the National Theatre (he directed the 2016 performance of Dostoyevsky’s “Crocodile”), praised Hungary and Budapest for their high theatrical culture, writes Origo.

“The Hungarian audience is incredibly sensitive and is able to find the underlying message or meaning in any theatre piece, which is a rare theatrical phenomenon. I think that Hungary will provide a good breeding ground for the Theatre Olympics,”

Talking about the importance of the 2023 Theatre Olympics, Attila Vidnyánszky, the director of the National Theatre, emphasised that the opportunity to host this prominent event will elevate Hungary among the major theatre cultures. The will take place in April, May and June, and it will affect not only the entire country but also cities outside the country’s borders. The 2023 Theatre Olympics will be memorable for two other reasons:

2023 will mark both the birth bicentenary of Hungary’s emblematic playwright Imre Madách and the 9th anniversary of the international MITEM Festival organised by the Budapest National Theatre.

As far as the event’s central message is concerned, organisers aim to draw attention to the fact that we live in a fragile world. Another important goal is to encourage Hungarian people to attend theatre performances. In 2019, Hungarian theatres sold 8 million tickets, but only 20% of the population contributed to this ticket sales. 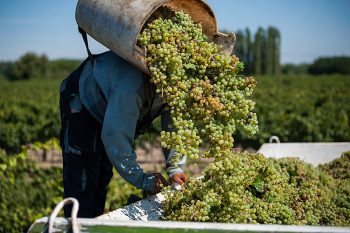