You can fly to these new destinations from October! 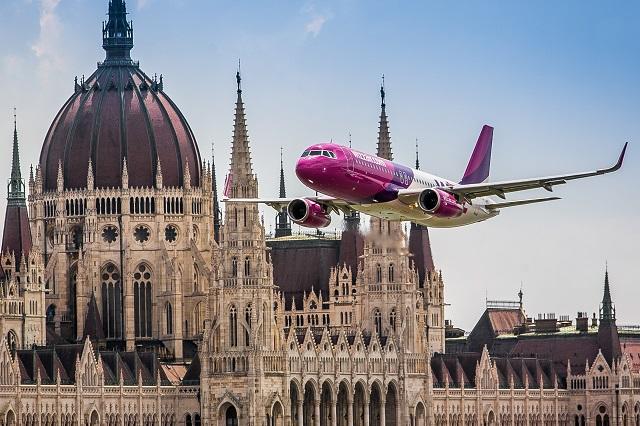 The Hungarian low-cost airline, WizzAir, will reestablish its flights to London Gatwick, Oslo, Odessa departing from Budapest Airport. Furthermore, from Debrecen, you will be able to travel to Tel-Aviv and Moscow starting from October. You can read further details below.

According to index.hu, the first flight towards Israel from Debrecen will take off on October 6, while the other destinations will be reachable from October 31. To London Gatwick, WizzAir planes will fly every day. Of course, entry conditions in different countries might change until October. Therefore, the company asks each passenger to read the newly issued information about their destination countries. Furthermore, all passengers have to wear face masks on board of WizzAir flights.

The Hungarian low-cost airline announced many new destinations this year.

In January, they started service to Abu Dhabi. In February, they started flights to Sarajevo (Bosnia and Herzegovina), in March, to Palermo (Sicily, Italy). In May, they said that from Rome, flights would go to 19 countries on 32 routes. Furthermore, they announced the opening of their Debrecen airbase two weeks later. Then they announced that they would provide inland service in Great Britain.

As we reported before, Wizz Air announced on August 20 that it would hire 800 more flight attendants by year-end in its most extensive international recruitment campaign so far. Therefore, they organised full-day recruitment events in several European countries in August and September. In Hungary, Wizz Air is inviting potential candidates to apply in Budapest, Debrecen and Győr. Wizz Air

plans to triple the size of its fleet to 500 aircraft in the coming ten years.

We wrote before that due to a technical error, Wizz Air’s flight from Tirana to Berlin made a forced landing in Budapest on August 11. The tragedy could be avoided thanks to the pilot’s presence of mind, who was celebrated as a hero at the airport after landing. According to the announcement of the Hungarian airline, “Wizz Air flight W66611, with 180 passengers on board, landed safely at Budapest Airport.” After the case, the airline transported its passengers to the German capital by another plane.

As the Hungarian news portal, Blikk, reported then, the reason for the forced landing was that the plane’s engine caught. The pilot successfully suppressed the flames with the onboard fire extinguishing system and landed safely on the runway. The passengers on the plane celebrated the pilot as a hero for his presence of mind – reported Life. The news portal contacted the spokesman of Wizz Air, according to whom there was no fire on the plane. The reason for the forced landing was a technical error.