Since last time you seemed interested to learn that Hungarian language and culture had also some effect on the English language, I dug a little deeper and managed to find some more words that are borrowed from Hungarian. Many of the items on this list are actually significant in Hungarian culture and are defining elements of it. Let’s have a look at them.

Before you go any further, you can check out the first part of this article by clicking here. Just a quick clarification that you might need for this article: if something is Hungarikum, it represents Hungary and Hungarian people due to its attribute, uniqueness, or quality.

“A torte made of multiple thin layers of sponge cake often containing ground hazelnuts, put together with a mocha-chocolate filling, and topped with caramel glaze,” – Merriam Webster Dictionary

“The layered pastry is named after its inventor, Hungarian chef József C. Dobos, a delicatessen owner in Budapest. Dobos cake was first introduced at the National General Exhibition of Budapest in 1885; King Franz Joseph I and Queen Elisabeth (Sisi) were among the first to taste it. The cake soon became popular throughout Europe, both for its durability through shipping and for its unique appearance.” – Collection of Hungarikums

We have already written several articles about this delicacy. We do not know for sure when confectioneries will reopen after the pandemic, but if you crave this delicacy, we also have the original recipe you can try. 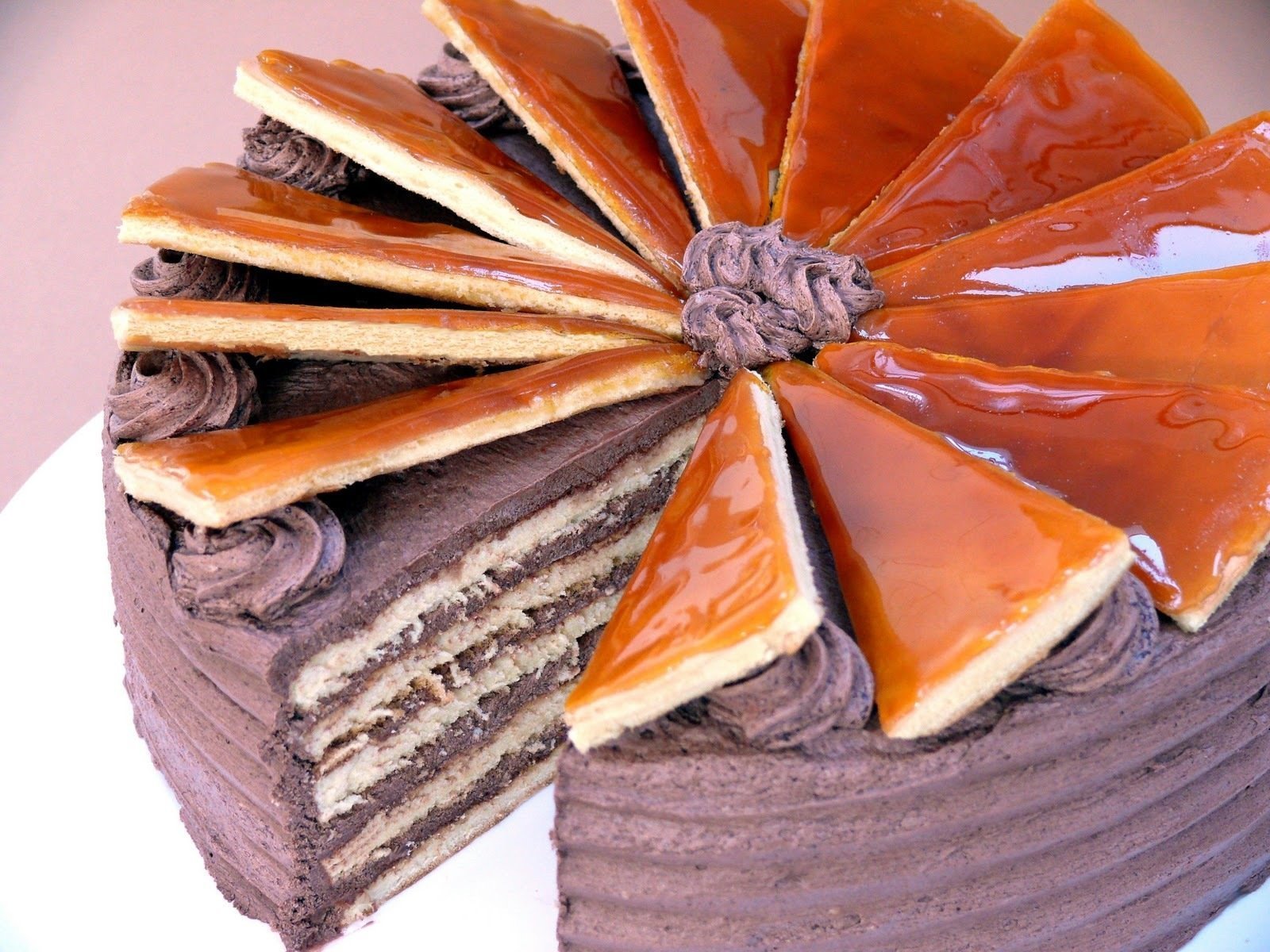 Although it is not part of dictionaries, as it is a proper name, many of you might be familiar with this word. If it does not ring a bell, well, I am going to tell you all about it. It comes from none other than Ernő Rubik, the inventor of the world-famous Rubik-kocka, or Rubik’s cube. He invented it around 1975, but he only got the patent after 1977, and it was called ’bűvös kocka’ (magic cube) back then. Shortly after, it was nicknamed Rubik-kocka, and the name stuck. Since then, it has become a kind of brand, and there are many varieties of brain-teasing puzzles under Rubik’s name.

Read alsoWOW! Hungarians made the new generation of the Rubik’s cube? – Video

“A name of a town in Upper Hungary (‘Tokaj’). Also, Tokay (‘Tokaji’) wine, rich sweet wine of an aromatic flavour, made near Tokay in Hungary. Tokay grape is the variety of grape from which Tokay wine is made.” – Oxford English Dictionary

“The Tokaj aszu (or ‘Tokaji aszú’ in Hungarian) is a special wine produced in the Tokaj wine region; it is the nectar of individually hand-picked “aszu” berries botrytized on the vinestock. It is made by bathing the dough in high quality must or wine of the same year from the Tokaj wine region. Following fermentation, it is maturing and refining in oak casks placed in a constant-temperature cellar.” – Collection of Hungarikums

You need to taste it, but until you can get your hands on a bottle, you can read our articles about this Hungarikum. 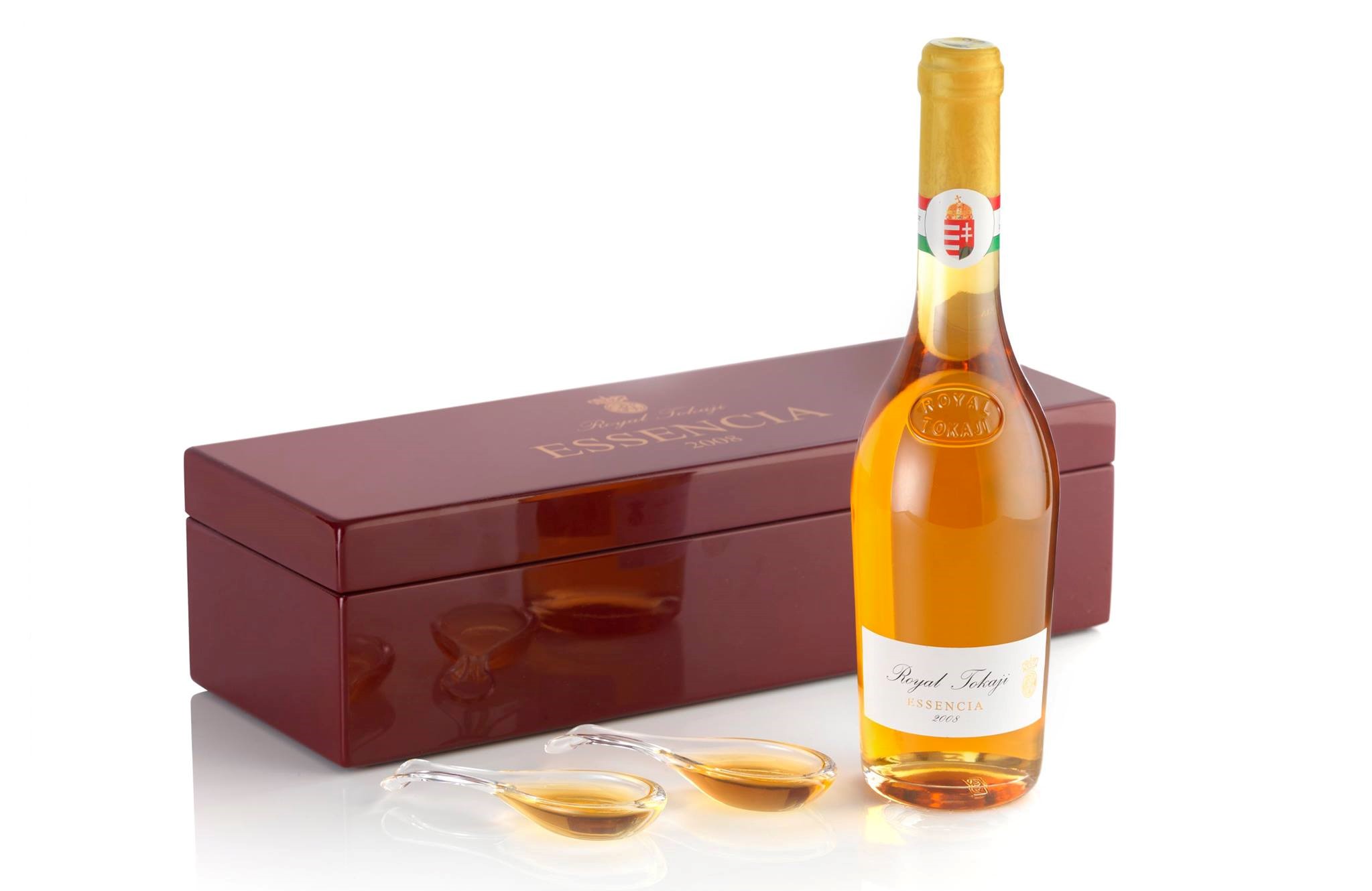 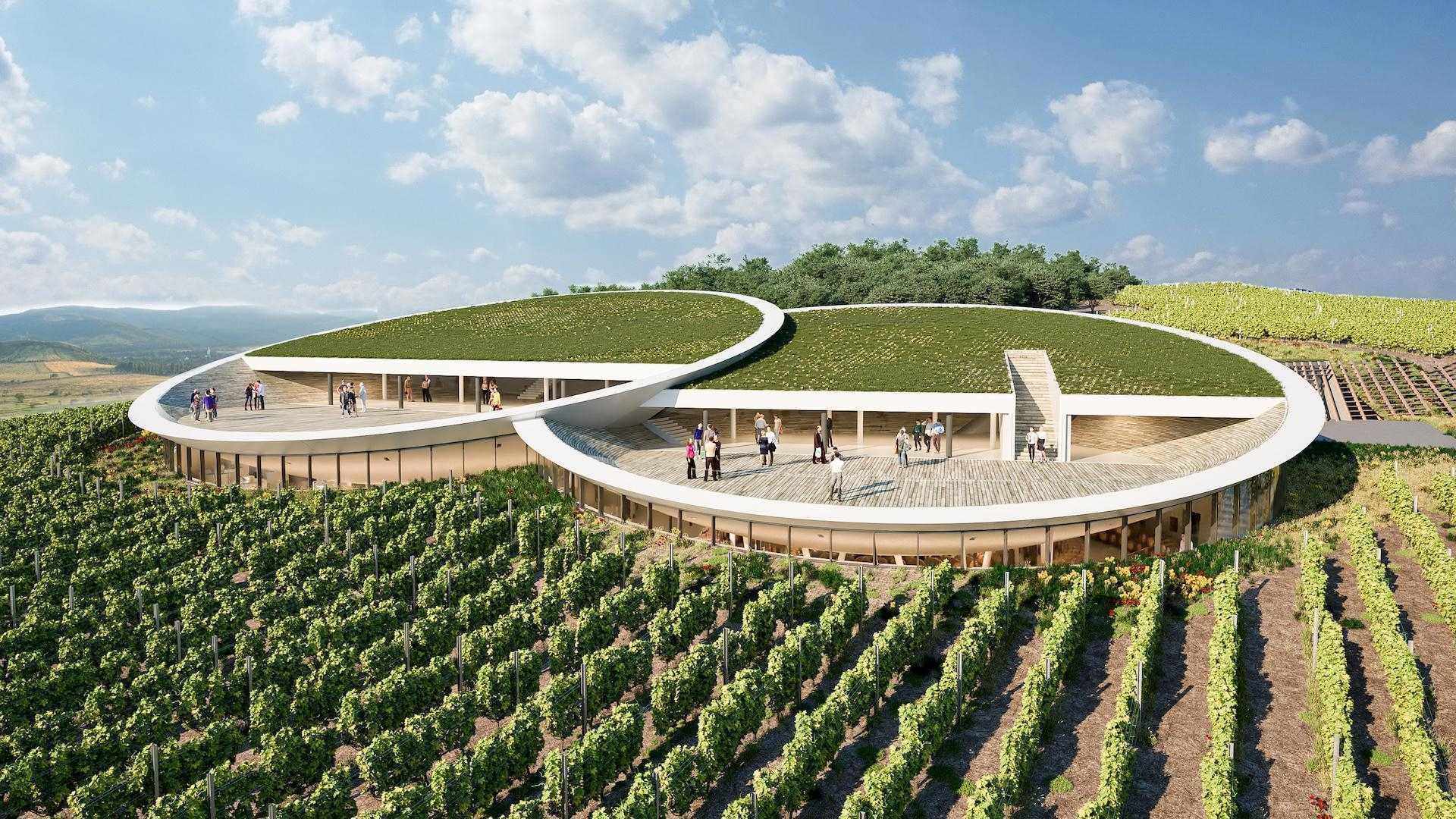 Read alsoThis is how the Tokaj wine region will be renewed

“An Eastern European fish (Lucioperca sandra) resembling a perch, especially one from Lake Balaton in Hungary that is highly esteemed as food,” – Merriam Webster Dictionary

In Hungarian, it literally means ‘having teeth’, which becomes evident if you look at this fish. It is certainly food you might encounter in establishments near Balaton, but a dish made from this fish is present all over the country, and you can order it in many restaurants. Not everyone likes fish, but it is certainly regarded as one of the best fish in Hungary, right after our next word.

Although ‘fogas’ is very popular in Hungary, ‘halászlé’ or ‘fisherman’s soup’, sometimes ‘fish soup’ as it is referred to in English, has not only become a Hungarikum, but it is almost just as known worldwide as ‘goulash’ is.

Every cook does it differently, but only two kinds became Hungarikums. One is the ‘Tisza’ (river in eastern Hungary) fish soup and the other is the ‘Baja’ (a city in southern Hungary, next to the Danube). They may be different in how you prepare them, but the next word is one ingredient they both need.

According to the Oxford English Dictionary, it is a word borrowed from Hungarian. It is a powdered spice that looks deep-orange or red, made by grinding the dried fruits of peppers. In many languages, ‘paprika’ also refers to the plant itself, but not in English. ‘Paprika’ has been part of Hungarian cuisine since the plant’s arrival to the country around the 16th century. It is so characteristically Hungarian that paprika made from the peppers of Szeged and Kalocsa have become Hungarikums. Wow! It is the fourth Hungarikum on this list, which is a coincidence, I swear, but it is an essential ingredient, perhaps even the soul of Hungarian cuisine. 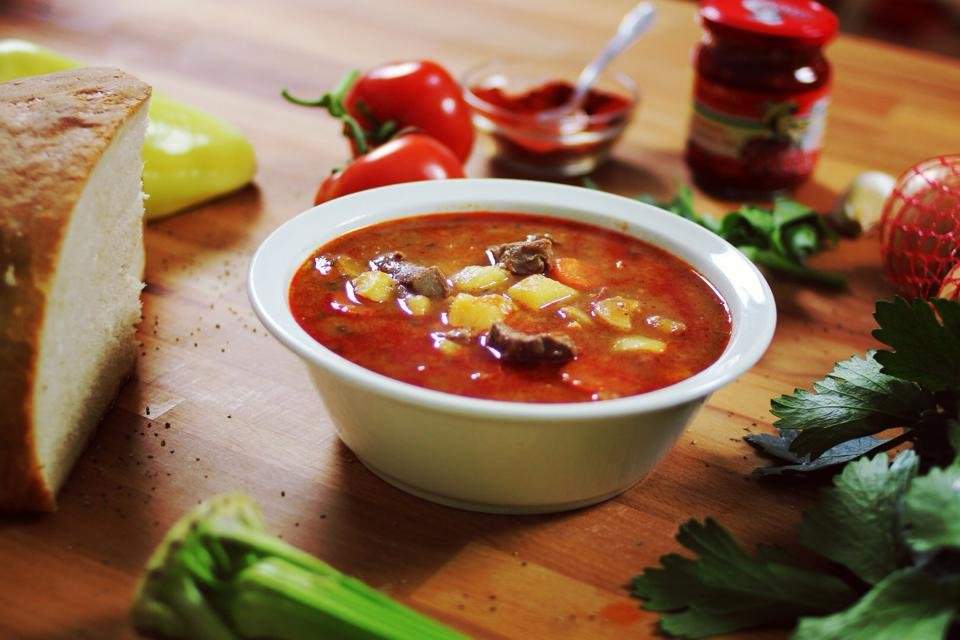 Read alsoSecrets of the Hungarian cuisine

Well, we sure love food, or at least the world recognises us by our foods. After a filling ‘goulash’, you might need something sweet to finish your meal. That is where this dish comes into the picture. “In Hungarian cuisine: a thin pancake eaten as a dessert, often filled with jam, cheese, nuts, or chocolate.” – Oxford English Dictionary

True, it is a pancake, but it might actually be closer to the French ‘crêpe’. Regarding the fillings, there are a lot more than that. Do not get scared, it is not the savoury cheese you might think of. It is a Hungarian ingredient that is only a little similar to cheese or cottage cheese, and it is called ‘túró’. It is a milk product, but it is hard to explain. If we put it in pancakes, we usually sweeten it with some sugar – I personally like a little vanilla flavouring, but while many people add raisins, I avoid that. Now, there are a plethora of other things you can use as fillings. Another one of my favourites is cinnamon with some sugar, but feel free to use pudding, any kind of jam or marmalade, or even Nutella, and there is the famous Gundel ‘palacsinta’.

One more thing. You might have seen it on menus, but there is also a savoury type of this dish that restaurants usually list with appetisers. It is called the ‘Hortobágyi húsos palacsinta’, meaning Hortobágy (a region in eastern Hungary) meat pancake. It contains minced meat, and it is drizzled with sour-cream and paprika gravy.

“The principal monetary unit of Hungary; a coin of this denomination.” – Oxford English Dictionary. Many of you might have only seen it written in its international code HUF, but it is actually called ‘forint’.

In Hungarian, it is written ‘pengő’. It was “the basic monetary unit of Hungary from 1925 to 1946.” – Merriam Webster Dictionary

Read also‘Who’ did we pay with? – the Forint throughout history

“A borrowing from Hungarian, the ‘verbunkos’ was originally danced by uniformed Hussars to the music of gypsy bands in Hungary in order to attract new recruits to the army. The Hungarian word comes from the German ‘Werbung’, meaning recruitment.” – Oxford English Dictionary

From the Hungarian word ‘lassú’, meaning slow. “The slow part of a Hungarian ‘csárdás’ (opposed to friss).” – Oxford English Dictionary

“Less commonly ‘friszka’, is the fast section of a ‘csárdás’ (contrasted with lassú).” – Merriam Webster Dictionary

Borrowed from the Hungarian ‘hajdú’ or ‘hajdúk’ (plural). A ‘haiduk’ is a type of peasant irregular infantry found in Central and Southeast Europe from the early 17th to mid-19th centuries (originally, in Hungary, they were thought to be armed shepherds of cattle). They had reputations from bandits to freedom fighters depending on time, place, or their enemies.

The etymology is unclear. One theory is that it was derived from the Turkish word ‘haidut’ or ‘haydut’, used by the Ottomans to refer to Hungarian and Polish-Lithuanian Commonwealth soldiers. The second theory is that the word comes from the Hungarian ‘hajtó’ or ‘hajdó’ (plural hajtók or ‘hajdók’), meaning a drover of cattle.

Other spellings in English can be: ajduk, haydut, haiduk, haiduc, hayduck, hayduk.

Here are two more interesting words that originate from Hungary: