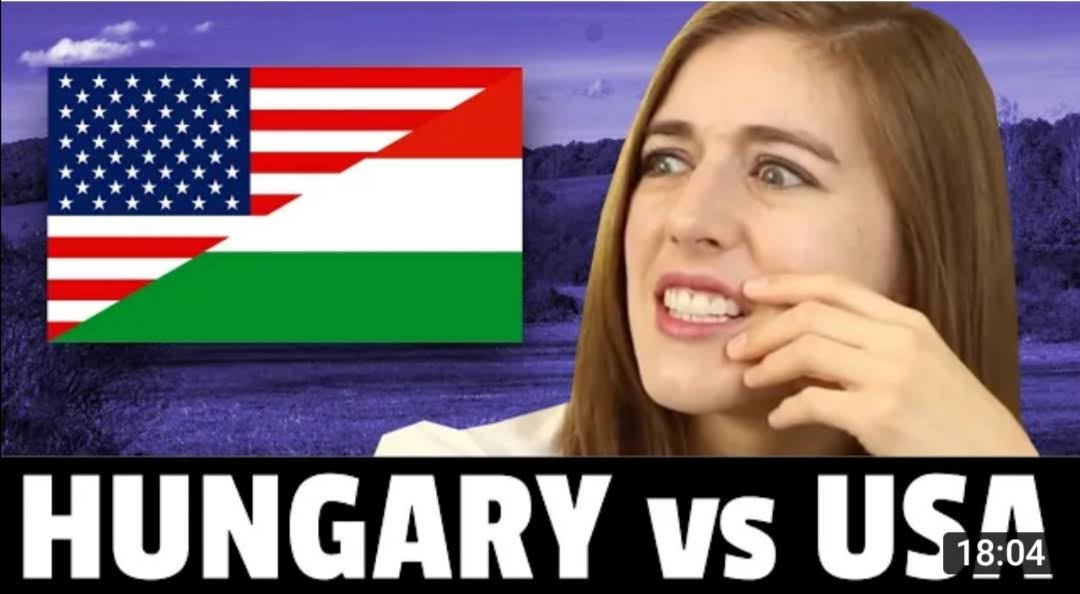 Many things surprise Americans when they arrive in Europe. We present you a list of the most common moments that shocked or freaked out those living in the United States when they first came to Hungary.

Every country is unique and special in its own way, even inside the European Union. If you have ever travelled outside of your homeland, you know what we are talking about. But if you leave the continent and fly to another one thousands of kilometres away, you will indeed be surprised by everything you find there. Let it be people, architecture, food, or music.

It is safe to say that Europeans know quite a lot about the United States thanks to countless films and series. Americans, on the other hand, do not have that many options when it comes to sneaking a peek into the lives of those across the Ocean. Especially when the country in the talk is Hungary. So today, we bring you a list inspired by kueez.com, containing some exciting moments Americans lived when they visited this small Central European country.

An American’s view on living in Hungary vs living in the U.S.

It’s so small
The standard of living is not that different to that of the USA’s states. But one thing, for sure, is quite apparent at the first look: sizes. For Americans, everything in Hungary is just incredibly small. The cars, the houses, the big cities, the distances inside the cities. Even the food and drink portions you get at a restaurant look tiny as opposed to everything you see in the United States.

Partying
Having a party in Hungary is very different from those huge house parties you see in American films. Hungarians do not do that, which is primarily due to the fact that our houses here, as mentioned earlier, are significantly smaller. The youngsters in Hungary instead go out to a bar, a pub, or a ruin bar. The latter would feel cosy to Americans, as Szimpla in Budapest, for instance, is quite spacious. Younger generations prefer to meet up somewhere outside, at a playground, let’s say. Though not necessarily for drinking. This leads to our next point.

Drinking
Even though young Hungarians do not drink – except for some occasional obligatory pálinka at family events – they could do so at a younger age. The drinking age of 18 years old is not a unique feature of Hungary; it is the legal age in most European countries. Contrary to the 21 years of the USA.

No artificial flavouring!
Well, this is not entirely true. Europe and Hungary, too, use a ton of different flavourings in all sorts of products, but we definitely use less than Americans. And they tend to be natural flavourings. American citizens are shocked when they buy a can of Fanta, for example, and do not get that awaited taste. That is because Coca-Cola uses a different recipe in Europe that includes the actual juice of fruits.

Football
Even though we do not use the English word football in Hungary and we say “foci”, the sport has a more international version in our dictionary: futball. It is definitely closer to football than to soccer. Without opening the century-long debate: when in Budapest, do as the people of Budapest.

Sunday
Sunday is one of the most important days of the week for Hungarians. Most families regularly have a big Sunday lunch together. The opening hours of shops and grocery stores also reflect the philosophy of the “rest day”. At least most of them, as they close much earlier on Sunday afternoons than they would typically do during the week. As opposed to places in the USA, where almost everything is still open this day.

The Hungarian Republic of Beer
Beer is one of the most popular alcoholic beverages in every country. Even in Hungary, in the capital of extremely strong spirits. Budapest, in particular, counts with many unique beer bars where you can taste hundreds of different, mostly hand-crafted beers at one location.

Tips
If you know the United States and Hungary, this might surprise you as well. Waiters in the USA rely on tips, as they would not be able to support themselves just from their wages. In Europe, however, tips are included in the prices, which then covers the waiters’ salaries. In Spain, for instance, they would never stare at you when playing at a bar, waiting for tips. In Hungary, on the other hand, they do. Even though being a waiter is considered a profession, at most places, tips or service charges are not included in the final price. So it is a polite thing to add something to the final receipt.

Taxes
Let’s stick with the issue of money. The complexity of taxation in the United States might cause a headache for Hungarians. So here is some good news. When you come to Hungary and go to a store, you will actually pay the amount of money on the price tag. There is no need to figure out the tax percentage imposed on that particular product and start counting how much it is and how the final price will increase.

Public transportation
It exists in Hungary and in Budapest, in particular, it is very good. Metros, trams, buses, trolleys, you name it, we have it all. And for a reasonable price, especially if you buy a one-week ticket for your stay.