Szeretlekmagyarorszag.hu reports that there is a lot to discover in Hungary no matter which part of the country we go. In the following, you can get to know 12+2 less-known Hungarian castles that are ideal for weekend trips. So, if you still wonder where to go during the weekend, join us and gather some ideas.

The history of the settlement dates back to the ancient times when a road ran where now the castle stands. After the Hungarian conquest of the Carpathian Basin more than a  thousand years ago, the Váson nobility took charge of the territory and there comes the name of the settlement, too.

In the 14th century, after the extinction of the Vezseny family, the settlement got into the hands of King Matthias, the Just. He gave the village to Pál Kinizsi, Hungarian general in his service, for his achievements in the Black Army.

It was him who commanded the construction of a castle which also made the village blossom. The construction of the castle demanded much money after which there was no opportunity for further development. However, when Kinizsi triumphed in the Thirty Years’ War, King Matthias rewarded him financially. That was when Kinizsi expanded a small church in the village, devoted much money to the castle and also built a monastery in the settlement. 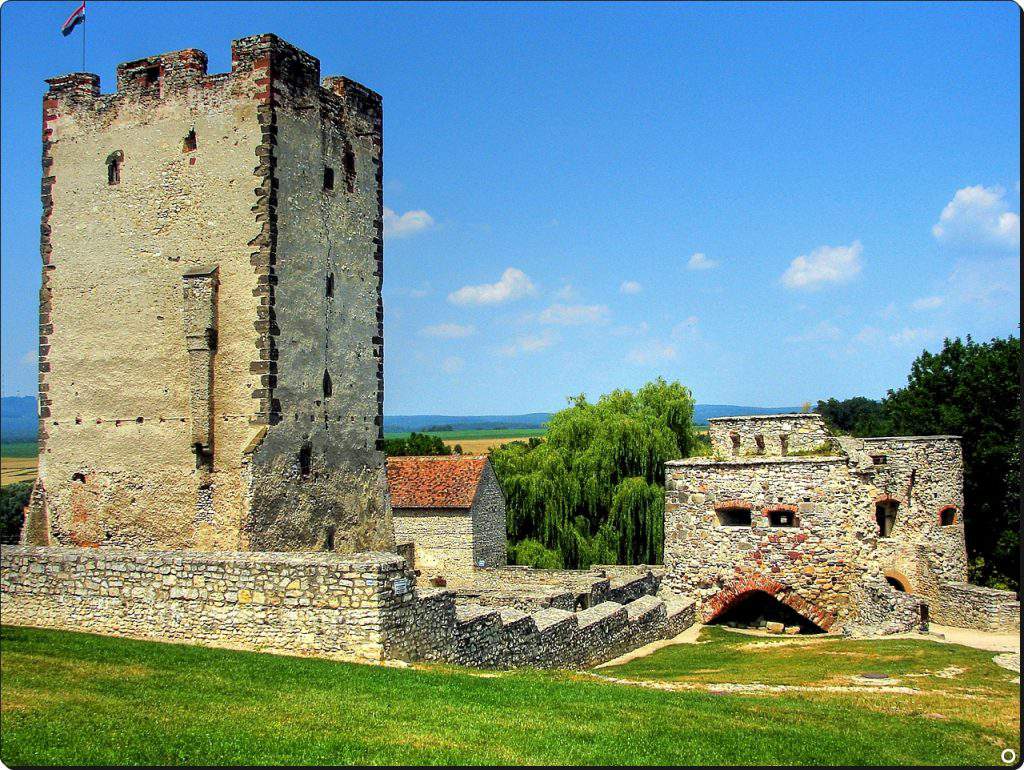 An interesting fact is that after the death of Kinizsi, his mortal remains were buried in the chapel of the castle that still preserves them.

This settlement is found in the Bakony Mountains, 11 km away from Zirc. The first source about the settlement dates back to the 1200s under the name of Cezneyc. The name is of Slavic origin that means “bearing a royal office.” The castle was constructed after the Mongol invasion of Hungary where several other castles were also set up, and Baron Jakab commanded it.

Today, similarly to other famous Hungarian castles, only its ruins can be visited. In spite of this, it is guaranteed that the tour around the castle would be an unforgettable experience for both children and adults because the castle on top of the cliffs is the most spectacular sight of Csesznek. During history, it has been in the hands of many owners: from Baron Jakab, it became the possession of the Csák, then that of Róbert Károly, Zsigmond Luxemburg and the Garai family.

When the Turkish army invaded the Transdanubia in the 1500s, the castle served for defence. After their withdrawal from Hungary, it got into the hands of the Eszterházy family who transformed it into a Baroque castle, typical of the era.

The castle of Szigliget also referred to as the castle of Lake Balaton, is set up on an extinct volcano. In the 1260s, it was the Benedictine monks who constructed the most ancient part of the castle, that is the two towers and the wing between them.

The castle provides a picturesque view over the Tapolca Basin and Lake Balaton.

King Béla I so much liked it that he purchased it from the Benedictines. The castle, regarded to be out of date already in the 15th century, moved from hands to hands. 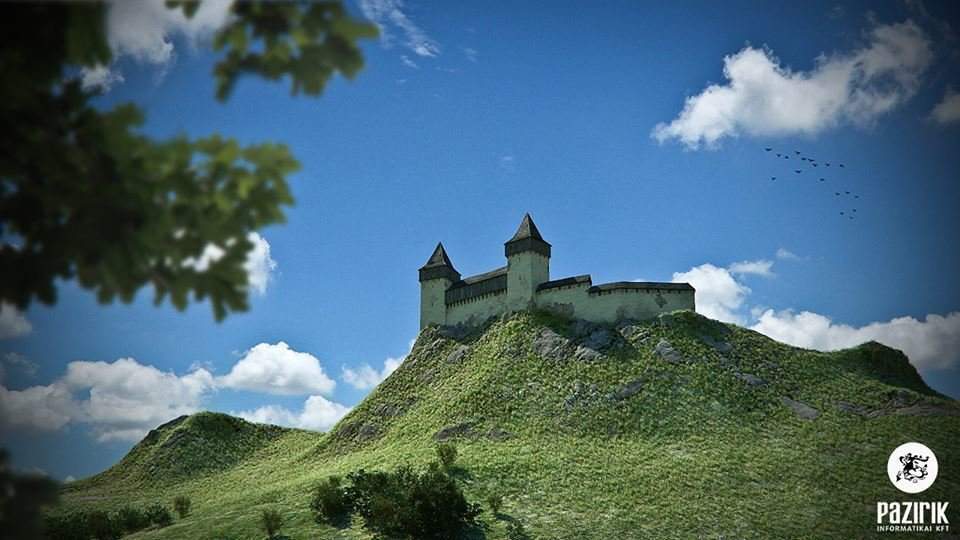 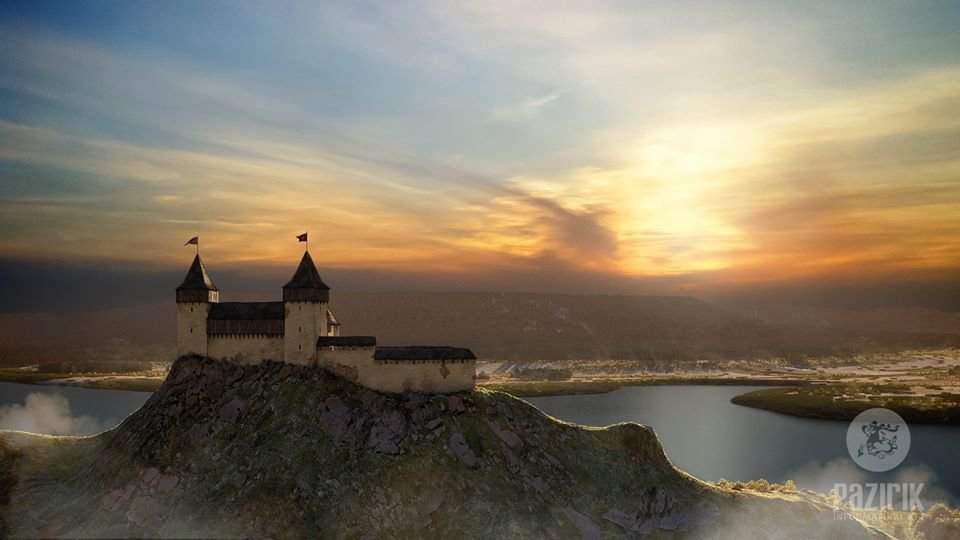 What led to its demolition were two things: from one side, lightning that damaged the tower where the gunpowder was stored. If it had not been enough, Leopold I commanded the destruction of all Hungarian castles that eventually led to the final destruction of this castle, too. It is, however, really worth a visit because not only the view is fascinating, but the history of the citadel is also intriguing.

The ruins of the castle of Bánd can be approached by following a scenic tourist route leading out of the village. It has an irregular layout that lies on a territory of 60×70 metre. Most probably, it was constructed in the 13th century, but it was later reconstructed in the 14th century. The first documented source came from 1309 when Lőrinc Igmándi sold the castle to a nobleman, called Lőrinte.

It survived several battles, one of the first of which happened when Iván Kőszegi invaded the possession of Lőrinte who was the supporter of Róbert Károly. The circumstances of the destruction of the castle are unknown, but most probably the Turkish horsemen invading Veszprém and prowling around the castle could destroy it in 1552.

The castle, now in ruins, has not been reconstructed since then, but local inhabitants constantly carrying away its construction materials also make it difficult to preserve.

The castle of Kisnána is one of the best representatives of the typical residence of the Hungarian nobility. Kisnána was in the possession of the Aba, and later the Kompolti family. Péter Kompolti obtained an enormous wealth during the reign of the Árpád dynasty and Róbert Károly thanks to which he could construct a castle. After the extinction of the Kompolti family, the Guti Ország family obtained it. They reconstructed the castle, built a new northern wing and set up a huge wine cellar under the interior courtyard.

In 1543, however, the Turkish army destroyed Kisnána, and they did not intend to preserve the castle either. In contrast, the idea of renovation popped up in the following decades. In the 1960s, during archaeological earthworks, some restoration also took place thanks to which the ancient walls were amended, and the tower of the chapel became covered with owning.

The area of Simontornya was once a swampy land. The castle, giving the name of the settlement, was set up in the Árpád era, but it enjoyed its heyday during the Middle Ages and the Renaissance. It was a beautifully-decorated and famous castle in Hungary. The one-tower castle was constructed after 1277. During its Golden Age, several developments were made, for example setting new windows, the first representatives of the Gothic style. 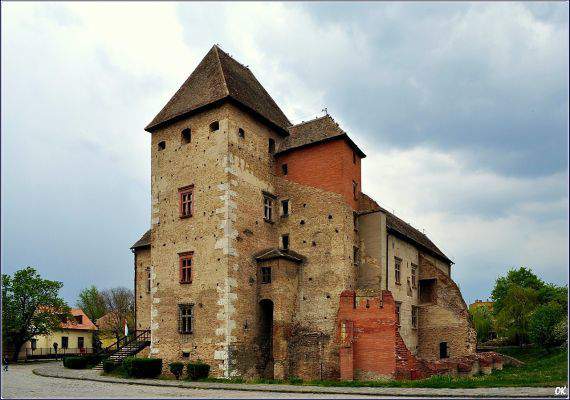 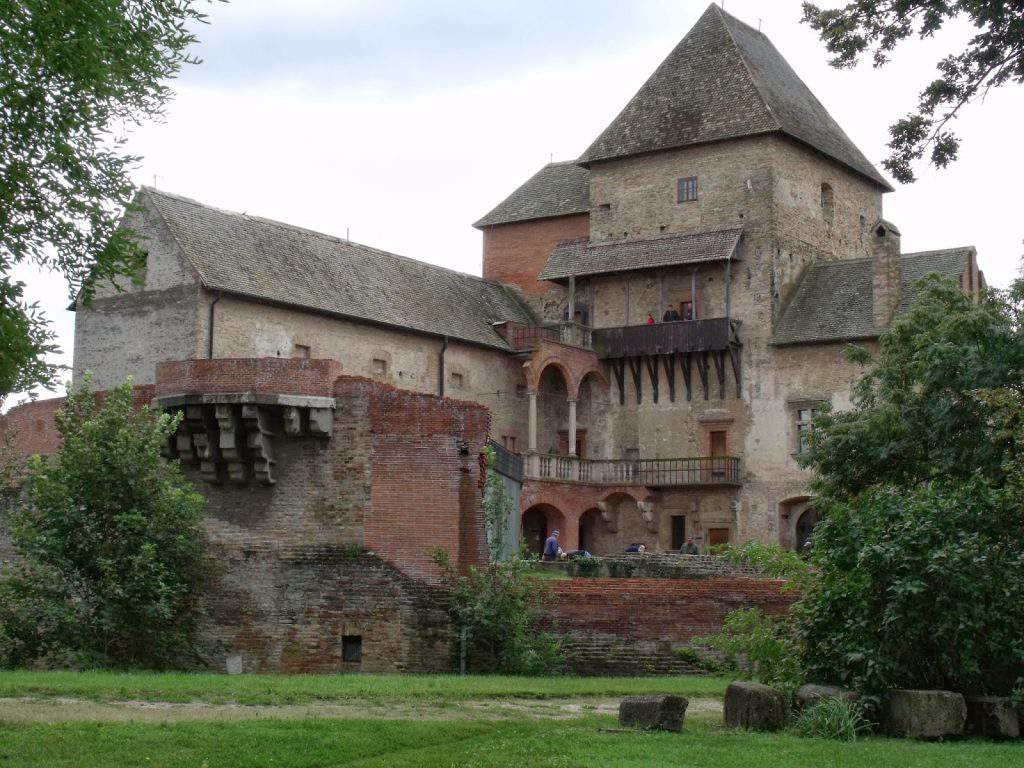 The heyday of the castle was most likely around 1509 when it became the possession of Mózes Buzlay, diplomat of King Matthias.

That was when it was made the most beautiful Renaissance castle of the age.

After the constructions had ended in the royal court of Budapest, Buzlay invited the craftsmen into his court to build up his own Renaissance yard. Given that he very much knew the architectural style of foreign courts as well, he was able to combine the Gothic and Renaissance elements in the style of the castle.

The castle of Sirok is located on the border of two Hungarian mountains, the Bükk and the Mátra, and stands above a valley. Primarily, the castle was the private mansion of a feudal lord which means that it hardly played a strategic role. After the Hungarian conquest of the Carpathian Basin, the area was dominated by the Aba family and the castle became the property of them. At that time, only the castle was called Sirok while the settlement was named Sirok-alja.

During the reign of Róbert Károly, it was a royal possession that the king gave to those loyal to him. After Rákóczi’s War of Independence, it was decided that the castle should be destroyed and that marked the end of its important role in the life of the village, too. Since then, it has become the citadel of peace and tranquillity because of its majestic nature.

In the heart of Tata lies one of the most significant Hungarian castles of the Middle Ages. It is located in a splendid surrounding, on the bank of the Old Lake. In the castle, besides the historically accurate equipment, regular exhibitions welcome the visitors. 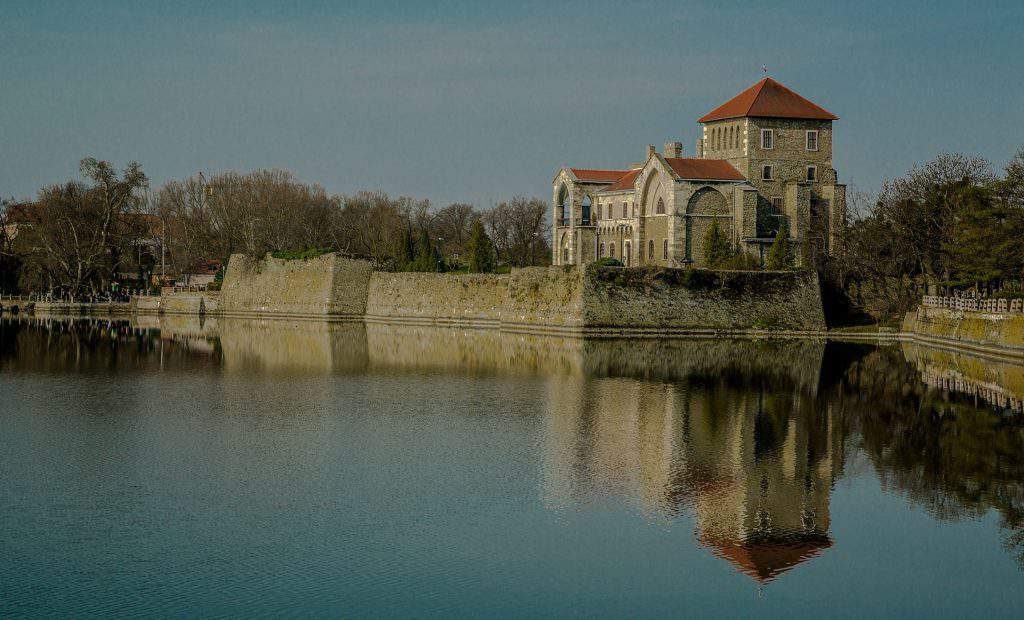 One of the most romantic castles of the country was built by Zsigmond Luxemburgi at the end of the 1300s. After King Matthias, who expanded the castle with a second stage, it was inherited by his descendent János Corvin, and later other Hungarian kings. The encircling wall and the moat still present around the castle were set up in the 1600s. The lake is perfect for boat trips or sailing while the castle itself provides the perfect venue for family outings during the weekend.

The castle built in the western part of the Vértes Mountains is one of those Hungarian castles that has mainly rested intact. The attraction is only 15 km from Székesfehérvár and is the biggest touristic attraction of the neighbourhood. These days, archeological earthworks take place where the castle, possessed by the Csák, stands the aim, of which is to reconstruct it to its original form.

A few years ago, the gate tower and the chapel were reconstructed thanks to modern technology, and hopefully, the castle declared to be a monument in 1953, can enjoy its past glory very soon.

Between Székesfehérvár, the city of Kings, and Veszprém, the city of Queens, stands a small castle constructed in the 13th century. The cliffs where the castle stands do not make it possible to extend the building, that is why the Újlaki family set up a new building in the basin close to the Bakony Mountains. This is the basis of today’s castle.

In 1445, a decree was issued that ordered the destruction of every castle the building circumstances of which were unclear. However, the castle of Várpalota survived with other five castles. The Újlaki family was rumoured to be the most influential family of the era that also invited King Matthias to the building. The castle is still spectacular and is ideal for family trips or walks in its garden.

The ruins of this castle are breathtaking, and it feels like being in a fairy tale. The castle, built in the 13th century, is only a few kilometres from the castle of Várpalota, so if you are in that region, do not forget to visit both.

It was set up with the aim to supervise the important routes between Fehérvár and Veszprém, but when the Újlaki family started its huge castle-building program, it started to lose its importance.

This castle is 10 kilometres from Székesfehérvár. It was a watchtower, a granary and today, a museum. During the Turkish invasion, it served as a small castle from which the Turkish delivered the news if the Habsburg Army was on the horizon. For this reason, this was the shield of Székesfehérvár. The castle, renovated in the 1970s, operates now as a museum displaying the Ottoman monuments of Fejér county. 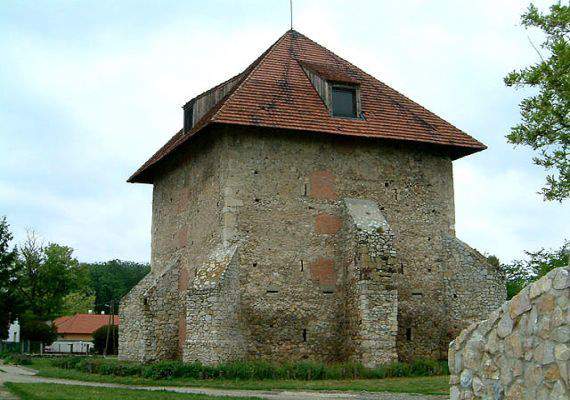