Budapest (MTI) – The refurbished courtyard of the Thury Castle in western Hungary’s Varpalota was inaugurated on Wednesday, in a ceremony attended by Speaker of Parliament Laszlo Kover.

As a result of the refurbishment project, completed out of 142 million forints (EUR 465,000) in European Union funding, the Renaissance castle is now complete with a new paint workshop presenting ancient painting techniques, a screening room, as well as an exhibition hall with pieces of equipment of torture used in bygone centuries. 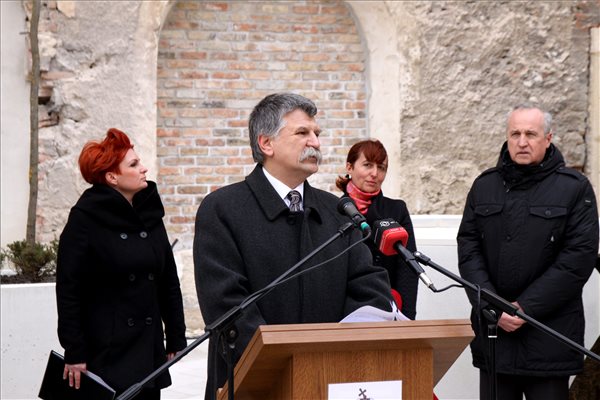 “Those that embark on building castles nowadays are people planning for the long term,” Kover said in his address at the ceremony, and added that “one feels good in a community where people want to create something tangible; it is good to know that Varpalota is a place with such people”.