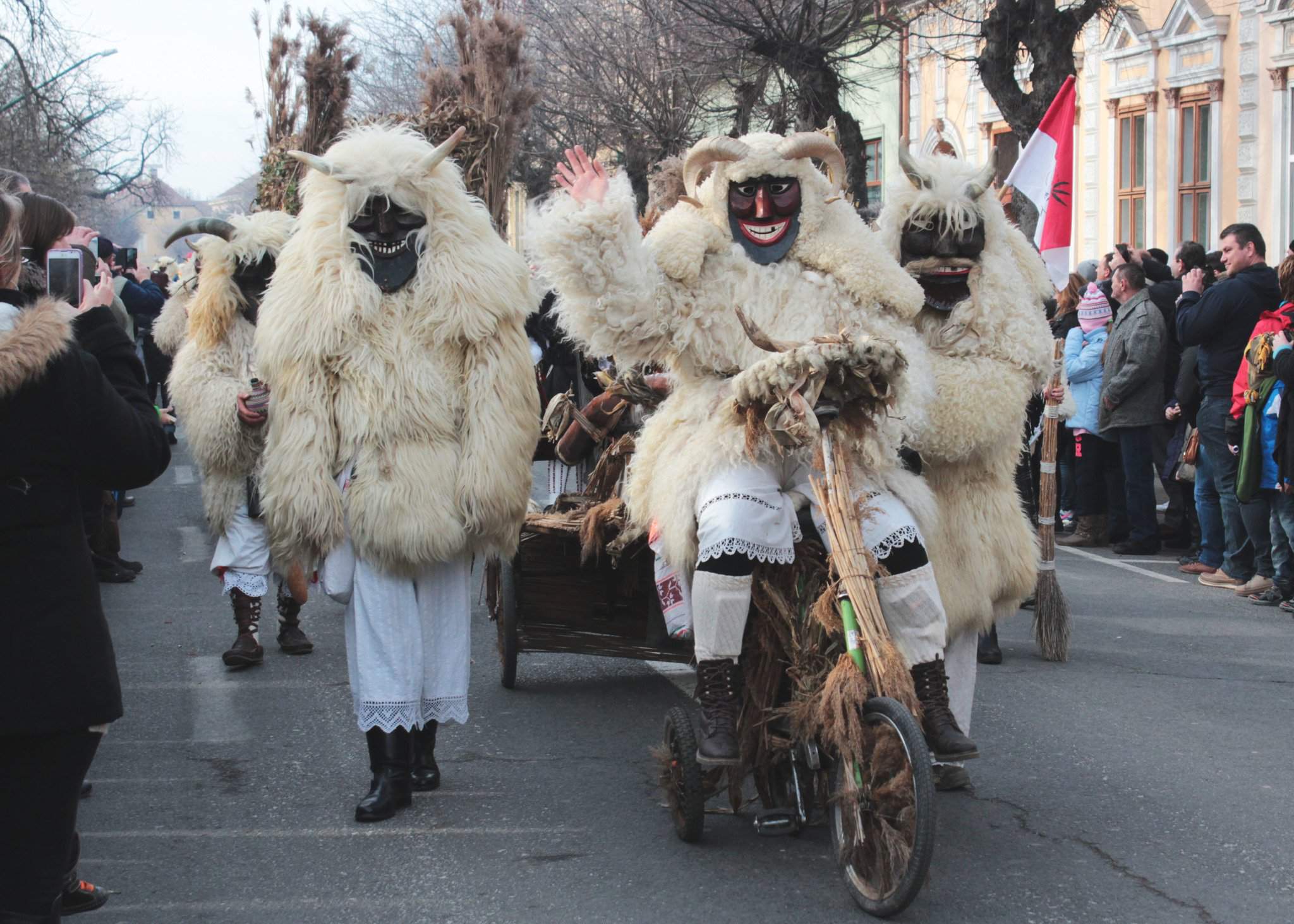 2021 busójárás is cancelled – but what is behind this tradition?

Unfortunately, as Gábor Pávkovics, the mayor of Mohács has announced, the Busojárás in 2021 will be cancelled due to the coronavirus pandemic. The mayor acknowledged the current situation and agreed with busó groups’ leaders that it would be irresponsible to organise the event as it can attract up to 10,000 people and would pose a great health risk due to the high potential of transmitting virus infections. He also added that no event of any kind will be held in Mohács and asks tourists not to plan any trips to Mohács during the period.

This is unfortunate news as one of Hungary’s largest traditional festivals had to be cancelled, and for many people in Mohács, the festival and the tourism connected to the Busójárás was a major source of income. It is even more depressing as, last year, the renewing of Mohács has just finished, which would have raised the festival’s standard and would have provided a much better experience for visitors. Since you cannot see this beautiful Hungarian folk tradition, in this article, you can at least read about the background of the Busójárás and the festivities surrounding it.

The Busójárás at Mohács has been a part of UNESCO’s Representative List of the Intangible Cultural Heritage of Humanity since 2009 and has been a Hungarikum since 2012. It’s a six-day carnival marking and celebrating the end of winter, which attracts great crowds to Mohács and the surrounding area.

Although this year’s festival got cancelled, you can check out our article about last year’s Busójárás with lots of pictures, so you can see why it is such a beloved event to witness. Before reading the article, you can also test how much you already know about this Hungarian tradition with this quiz.

According to Origo, the Busójárás is a farewell to winter, a spring greeting and a fertility holiday found in many folk traditions. It is just as close to the carnival of Rio and Venice as it is to the African peoples’ customs. The busós dress up in sheepskin, wear scary masks carved from willow painted vivid colours and wear leather boots and try to scare away winter by making noise with different improvised instruments.

According to one of the legends surrounding the origin of the Busójárás, people scared away the superstitious Turkish soldiers by wearing masks, sheepskin and horns to look like devils.

Between the 16th and 17th centuries, Hungary was under Turkish occupation, however, the island of Mohács, which was surrounded by a swampy area, remained in Hungarian hands. When the Turks attacked, locals retreated there on secret roads known only to them. However, the Turks found out and wanted to occupy the island. The leader of the people of Mohács had an idea. They had no weapons, so the locals dressed up in sheepskin, carved scary masks, attached horns on their heads and made as much noise as possible. In the end, the Turkish soldiers ran away, fearing that devils came for their lives.

Another hypothesis seems to be more in line with the truth, however. The Šokci people, who originally came somewhere from the Balkans (there is an ongoing debate from where exactly) might have brought their own customs with themselves from their former homeland. These traditions might have practically merged with and then formed together with Hungarian traditions. In the end, this might have produced the Busójárás, the first written evidence of which comes from the 18th century.

At dusk, they returned to the main square and danced around a huge bonfire, having fun with together with people. According to tradition, this is how Carnival Sunday ended. But the people in Mohács also celebrated on Tuesday. They set up another bonfire and put a coffin over it, before lighting the whole thing on fire. This symbolised the death of winter, and they welcomed spring with their dancing.