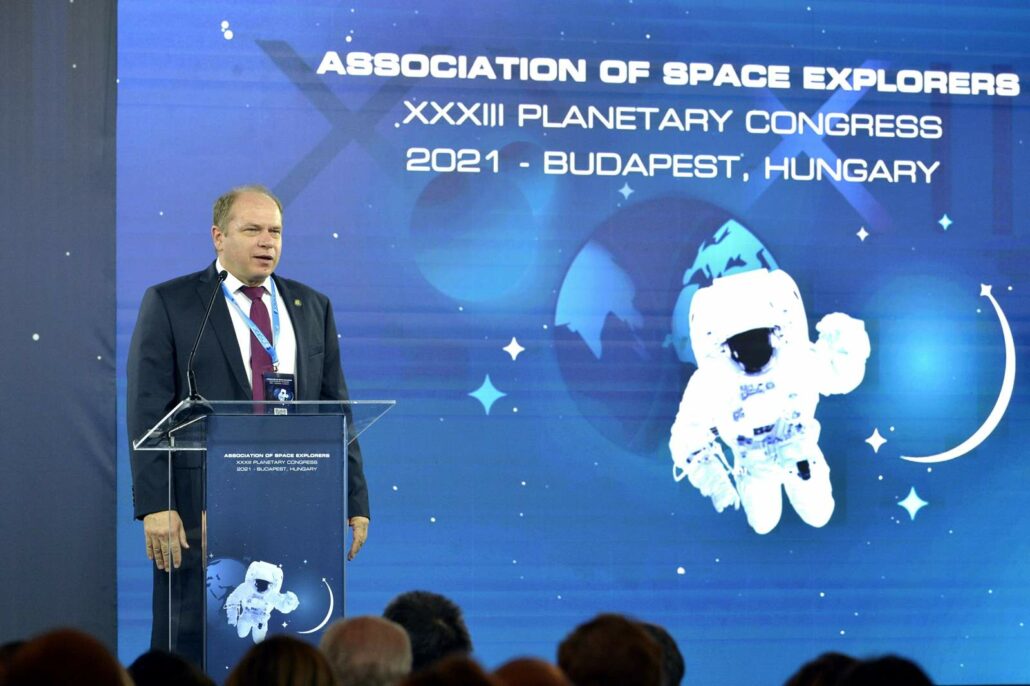 33rd congress of the Association of Space Explorers in Budapest. Photo: MTI

Hungary’s government considers space exploration programmes a key priority for economic and technological development, the state secretary for security policy told the opening of the 33rd congress of the Association of Space Explorers in Budapest on Monday.

The Hungarian government has recognised the global significance of focusing on the business opportunities presented by the space industry, Péter Sztáray said.

He noted that the government this year unveiled its space strategy aimed at highlighting the strengths and challenges of the industry and outlining new projects.

These projects, he said, concerned the launch of the first Hungarian commercial satellite, the development of satellite technology, strengthening education on space exploration and taking a more active role in international initiatives concerning space exploration.

Sztáray highlighted human spaceflight as a top priority of Hungary’s space strategy, noting that the government was committed to sending an astronaut to the International Space Station (ISS) to conduct scientific experiments and validation experiments in microgravity.

Concerning international partnerships, he said Hungary has quadrupled its space programme spending since joining the European Space Agency in 2015.

Hungary will also cooperate with US companies like Axiom Space on its astronaut programme, he added.

Hungary’s cooperation with the Russian space agency Roscosmos dates back to the Soviet Interkosmos programme, Sztaray noted, adding that Hungary has signed nine bilateral cooperation agreements with other countries including Brazil, Israel, Singapore and Turkey.

the congress had to be held partially online due to the coronavirus pandemic.

Its aim, he said, was to convey experiences with a view to encouraging young people and researchers in Hungary to get involved in space exploration.

The congress was opened by Bertalan Farkas, Hungary’s first man in space, who said the conference’s participants will plant a tree in Budapest’s City Park on the occasion of All Souls’ Day to honour deceased astronauts.