8 handy tips for when you’re driving in Budapest

As in most big cities, traffic in Budapest is unique in its own way and might represent a challenge, if you’re a first timer in the Hungarian capital. Here are 8 practical bits of advice for you to help you with your adventures.

Traffic in Budapest can be described as busy and pulsating, you have to be very alert and fast if you don’t want to get into trouble. Of course, this is not the typical Hungarian driving style (in fact, there isn’t really one): in the countryside or in smaller cities, traffic is much more relaxed. If you’ve ever been driving in Western Europe, you might feel that you know everything there is to know about the region’s driving customs and unwritten rules, but we can assure you that Budapest is full of surprises.

If you’re driving, the best advice we can give you is to stay alert. There are a lot of aggressive drivers who will worm themselves into your lane, or will switch lanes in the last second. You have to be quick, traffic here is very fast, otherwise, you will get blinked or horned at.

At Budapest, you will find trams, buses and trolleys as well, which complicates your job as a driver, since they enjoy priority. In some areas, buses and trolleys have their own bus lanes, which car drivers cannot use. After leaving a stop, buses go back to the main lane quite fast, since in these cases they have priority, according to the Hungarian driving rules. Luckily, tram rails are separate from car lanes, but the two might cross, in which cases the trams have priority. There are even areas where trams and cars use the same road surface: here the trams are equal to cars, since in those narrow streets it is impossible to give them priority. If you can, try to avoid getting stuck on the rails, because the angry tram drivers will honk at you. 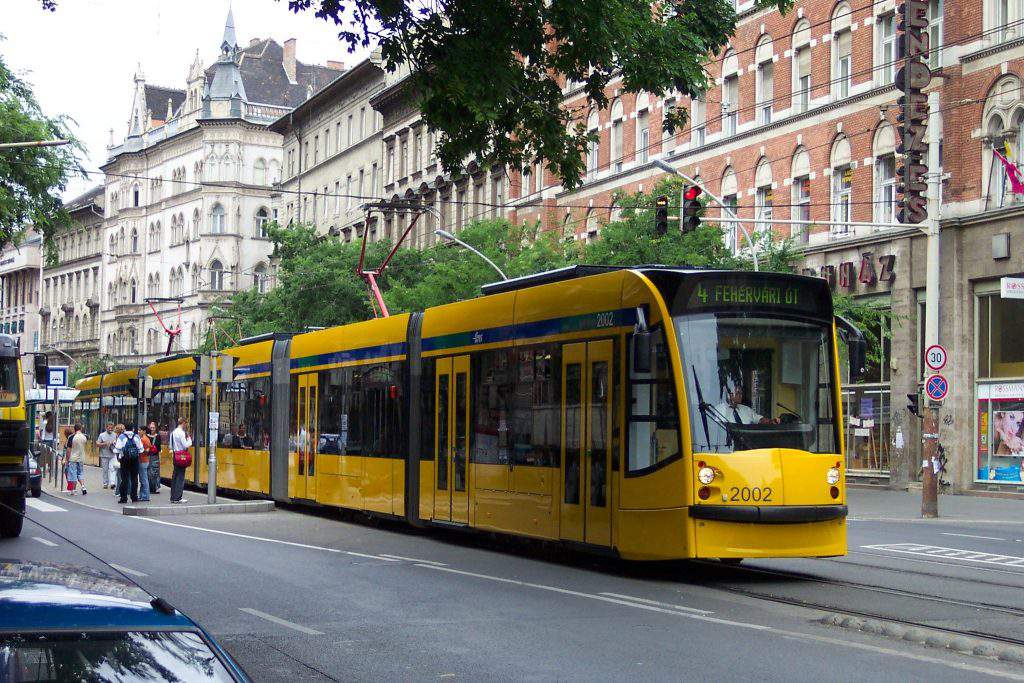 Budapest’s downtown is no different from any other cities’ downtown: you will find a lot of one-way streets here. One-way streets represent a difficulty for those who do not know the city that well. If you want to get into a street, but you are not able to do so from your current position, then just take the next street, and then take a turn to your desired one at the end of it.

At most of the boulevards in Budapest, you cannot turn left, so you have to plan your journey with close attention.

A Hungarian comedian once said that in Budapest it is impossible to move ahead, but also to stop. This refers to the numerous traffic jams in the downtown and the difficulty of parking. This is not special of Budapest, however, as in most cities with that many buildings from past centuries, it is hard to build parking areas.

Almost none of the parking spots in Budapest are free, so do not forget to feed the meter (1-2 euros per hour) when you park your car. Although there are few parking garages in downtown Budapest, you will always find free parking spots there, roughly for the same price as in the street. It’s a smart idea to park in a shopping centre’s garage, where, in most cases, the first hour is for free.

5 M0, the ring-road around Budapest

If you only want to cross Budapest, then we advise you to use the ring-road signed M0. The ring-road is not complete around Budapest, M1 motorway (coming from the direction of Vienna) heads south, and going around the city, arrives back to Buda. Taking the M0 is much longer than if you’d cross Budapest, but it’s much easier to move ahead on the multi-lane motorway: a lot of people from Budapest choose this option as well. It’s easy to get by on M0 and you will surely find your way to Vienna, Ljubljana, Zagreb, Belgrade, Transylvania or Ukraine. Also, the Liszt Ferenc National Airport is easily accessible from the M0, from where the Ferihegy expressway will take you in the direction of the downtown.

As opposed to other countries, drivers in Hungary do not pay much attention to pedestrians, so let’s make a change and respect them more, shall we?

If you’ve ever been to a big city, then you’re familiar with the rush hours between 7 am and 9 am, as well as between 4 pm and 7 pm. Traffic is also busy on Sunday afternoons and evening, as many people come back to Budapest from the countryside around that time. If you avoid these periods, then you’ll meet only smaller, almost insignificant jams. However, since the FINA has kicked off, traffic jams might become frequent in downtown Budapest.

8 Quality of the roads

Roads in the downtown areas are fairly good, but further you go from the city centre, the worse the quality becomes. In the suburbs, the roads are especially bad, except for the main roads, but there are huge differences between the districts. We advise you to take the main roads if you’re in the suburbs.