A Hungarian musician gave an amazing concert in the Carnegie Hall, New York

István Várdai gave a concert in the Carnegie Hall on 17 December: it was a huge success and all the tickets were sold out in advance. The artist performed Anton Rubinstein’s rarely played Second Cello Concerto and was accompanied by the American Symphony Orchestra, writes origo.hu.

The New York Times wrote a lengthy, praising article about Várdai’s debut in New York two years ago (he played Bach’s Cello Suites No. 1, 5 and 6), and they didn’t forget to mention his recent performance either. 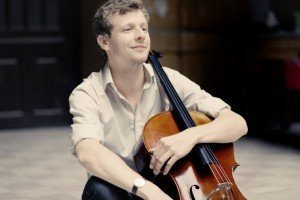 According to Anthony Tommasini, the leader music critic of the newspaper, “Rubinstein’s Second Cello Concerto, a 30-minute work from 1874, received a rousing ovation from the audience, especially for the elegant, accomplished soloist, Istvan Vardai.” In a previous interview Várdai said that being Hungarian sounds good wherever he goes. “It’s really good to be born in Hungary, because if someone achieves here something, with these deep cultural roots, and they can communicate it to the world in one way or the other, it’s already a success. In my experience, it still sounds good if you say you’re Hungarian. People still think we’re like people in Liszt’s and Bartók’s age: musically very talented, and very hospitable.”

The young Hungarian cellist does not have to wait for long to perform again in Carnegie Hall: Várdai will play Mendelssohn, Stravinsky, Kodály, Ligeti, and Brahms pieces in November 2016 with Zoltán Fejérvári.