A look back at Hungary’s World Cup summers: Part 1 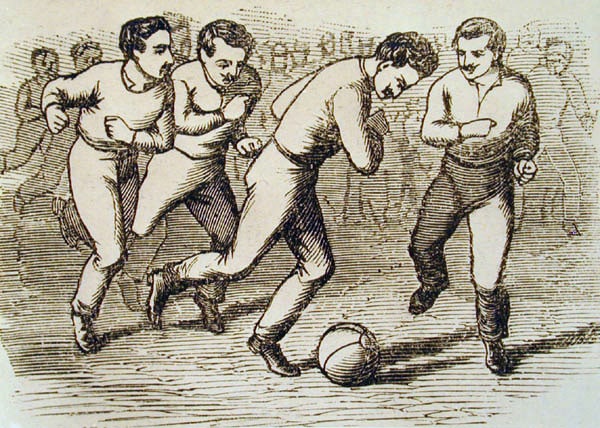 Last week marked the latest point in a FIFA men’s World Cup summer at which Hungary have retained hope of ultimate glory, 53 years ago in the last week of July 1966 in England. With this in mind and as part of a three-part series, mlsz.hu looks back at Hungary’s past World Cup performances and see how far they have progressed each time. Firstly, the pre-war years.

Hungary’s FIFA World Cup debut came in late May 1934 in the 40,000-capacity Stadio Ascarelli in the suburbs of Naples. Italy was hosting Europe’s first World Cup, the inaugural edition having been won by hosts Uruguay in South America four years earlier. The eight venues of Bologna, Genova, Florence, Rome, Milan, Naples, Turin and Trieste were decided upon on 8th October 1932 and entries to compete were considered until 28th February 1933. Eventually, 32 countries entered (21 for the first time) and after Chile, Peru and Turkey withdrew, 29 were eventually accepted. The draw for the qualifying phase was made on 22th May 1933 at Paris and the 16-team finals draw took place in Rome on 3rd May 1934.

Hungary were pitted against North-African nation Egypt, their surprise conquerers at the Olympic Games in Paris ten years earlier and soon to become the first African team to play in a World Cup, but there was to be no second shock this time.

Pál Teleki gave Ödön Nádas’ team an 11th-minute lead, which Géza Toldi doubled just after the half-hour mark. To their credit, Egypt’s Abdel Rahman Fawzi drew his team level with a brace of goals in the space of five first-half minutes, but Hungary reasserted their authority after the break, forwards Jenő Vincze and Géza Toldi handing their team a 4-2 lead by the 61st minute, an advantage they would not relinquish a second time.

That victory set up a quarter-final tie against the ‘Wunderteam’ of neighbours Austria, one of the world’s powerhouses in 1930s world football, with famous forwards such as Matthias Sindelar and Josef Bican. As if that wasn’t enough, Hungary had several injuries concerns with key players, talisman György Sárosi so handicapped, for example, that he could reputedly pass with his left foot but wasn’t well enough to shoot. Perhaps the momentum was therefore with Austria and they soon took an early lead through Johann Horvath, but it was an even first half thereafter and Hungary even had a worthwhile penalty shout for handball rejected.

The first act of a dramatic second half saw Hungary effectively reduced to ten men when István Avar was incapacitated with a hand injury (no substitutions were allowed in those days and ten minutes later he left the pitch), a setback Austria capitalised upon by doubling their lead through Karl Zischek in the 52nd minute.

More drama was soon to follow though, Tibor Kemény earning a penalty which Sárosi was able to convert, thereby halving the deficit. Hungary’s charge was checked almost immediately when Imre Markos was adjudged to have committed an offence worthy of dismissal, thus reducing the team to nine men for the last 33 minutes of the contest. They still battled gamely though, another Hungarian shout for a penalty and a contentious offside call both falling the way of the Austrians as Nádas’ men unsuccessfully pushed for an equaliser.

Austria therefore progressed to the last four where they exited at the hands of hosts and eventual winners Italy.

Four years later, Hungary proved to be a much more experienced and prolific opponent.

This much was evident in qualifying when they hammered Greece 11-1 at Üllői út, home of the Ferencváros club in Budapest, with Újpest star Gyula Zsengellér notching five goals and Kispest striker scoring a hat-trick in what was remarkably his only international appearance. The team’s freescoring approach was clear again when the Dutch East Indies (now Indonesia) were dispatched 6-0 in the first round in the Stade Velodrome Municipal in Reims, France, Zsengellér and György Sárosi both scoring twice.

Hungary, now under the leadership of Károly Dienst, were rewarded with a tough quarter-final match against Switzerland, who had only made it this far after seeing off Germany 4-2 in a replay following a 1-1 stalemate. The day before the match, there’d been an earthquake in the host town of Lille but thankfully no one involved in the match was injured. Again, the combination of Zsengellér and Sárosi proved crucial, the latter heading in a shot by the former in the 40th minute and Zsengellér then confirming the victory in the final minute with a shot from inside the penalty area which cannoned off a post and into the Swiss net.

Awaiting Hungary in the semi-final in Paris were Sweden, who had enjoyed the easiest run of all four remaining nations courtesy of a walkover against Austria (unable to compete due to the Anschluss) and an 8-0 demolition of Cuba.

A goal after 35 seconds by Arne Nyberg, after he’d collected a Hungarian goal kick on the halfway line and advanced so far that he could shoot from seven metres, threatened to derail Hungary’s dreams but they reacted so admirably that instead they led 3-1 by half-time. A 21st-minute own goal by Sven Jacobsson after he’d diverted Zsengellér’s shot into his own net restored parity before strikes from Pál Titkos and Zsengellér put Hungary in command of the tie. The dependably destructive striking duo of Sárosi and Zsengellér added second-half goals as Hungary secured a place in their first ever World Cup final.

The opponent standing between Dienst’s team and immortality was none other than reigning champions Italy, who had defeated Norway, hosts France and an emerging Brazil on their way to the final. Controversially, Dienst left key man Géza Toldi out of his lineup, a move which prompted dismay from his players. Nevertheless, Hungary were competitive throughout the showpiece final played in Paris in front of 60,000 spectators.

Gino Colaussi gave Italy a sixth-minute lead but Pál Titkos cancelled that out with a thumping effort from the left side of the penalty area. Silvio Piola re-established his side’s advantage in the 16th minute after intricate Italian interplay in the the opposing penalty area and Colaussi made it 3-1 in the 35th minute with a simple, low finish into the far right corner from ten metres, but Sárosi made no mistake from close range with 20 minutes left to set up a grandstand conclusion to the tournament. Unfortunate for Dienst’s team, Piola’s fabulous first-time drive from 14 metres flew into the very bottom-left corner of the Hungarian net to secure a 4-2 victory for Italy and the retention of their world crown. It would be 16 long years before Hungary would play World Cup football again…