The commemoration event was organized by the Embassy of Azerbaijan in Budapest on February 24, 2017, and aimed to bring together the Azerbaijani Community of Hungary to remember the Khojaly genocide, which happened exactly 25 years ago. The members of the Azerbaijani-Hungarian Youth Union, diaspora, enterpreneurs, journalists and other guests attended this event.

During the event it was noted that the Khojaly massacre was an integral part of the Armenian aggressivity and genocide policy against Azerbaijan, which resulted in severe and gross violation of international legal norms and principles, as well as of human rights and freedoms, that entered in the world history as a bloody tragedy. At the night of the 25th, to 26th February of 1992, the crime committed in Khojaly city by Armenian armed forces, together with the 366th moto-artillery regiment of the former Soviet army dislocated in Khankendi, must be recognized as genocide from the international law perspective. A lot of heavy military foreces of this regiment entered the city, the perpetrators annihilated many with special cruelty. The people were forced to leave the city in horror, while the armed forces razed the city, totally destroyed and burned down the houses and social infrastructure.

During the Khojaly genocide, 613 people, including 106 women, 63 children and 70 older people were killed; hundreds of people were severely injured; 1275 people were taken as hostages.  8 families were totally exterminated. 25 children lost both, whereas 130 children lost one parent; captives and hostages were subjected to merciless torture. Human rights of those people, especially the fundamental right to life, were grossly violated. 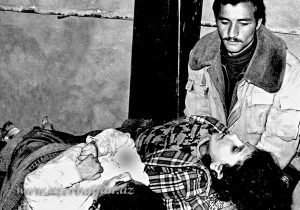 As a result of ethnic cleansing policy of Armenia who expanded the scope of military aggression against Azerbaijan by perpetrating this tragedy and occupied Lachin, Kalbajar, Aghdam, Jabrail, Fuzuli, Gubadli, Zangilan regions beyond the borders of Nagorno-Karabakh, which are integral parts of Azerbaijan. This is reaffirmed once again by the international law, as well as by the UN Security Council Resolutions 822, 853, 874, 884 from 1993, UNGA Resolution on “Situation on the occupied territories of Azerbaijan” dated on 14 March, 2008, Resolution 1416 from 2005 and Recommendation 1669 from 2009 of the Parliamentary Assembly of the Council of Europe confirming the occupation of Azerbaijani territories by the Armenian military forces, and governing of Nagorno-Karabakh by separatist regime. As a consequence, over one million of the Azerbaijani people became refugees and internally displaced persons (IDPs), whose fundamental rights and freedoms were severely violated.

The participants of the event mentioned that this massive killing of humans, committed by the Armenian invaders, is an act of genocide due to its unimaginable cruelty and tortures. Because under international law, genocide is considered to be one of the gravest crimes and the elements of this crime are determined in a number of legal documents. The UN General Assembly Resolution 96 (I) dated 11 December 1946, states that genocide, violating the rights of people to life, damages human dignity, and deprives the mankind of the material and spiritual values created by human beings, is contrary to the spirit and aims of the United Nations, as well as to universal values and the world community condemns it.

The international legal definition of the crime of genocide was determined in the United Nations Convention on the Prevention and Punishment of the Crime of Genocide adopted by the Resolution 260 (III) of the UN General Assembly of December 9, 1948. The commitment of criminal acts, planned in advance and aimed at mass annihilation of people on the ground of their nationality in Khojaly constitutes this crime as genocide. During the aggression against Azerbaijan, all elements of the crime of genocide stated in the mentioned Convention were applied. 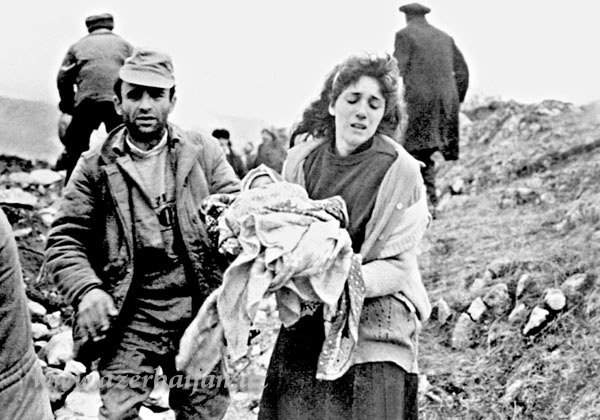 Within last years, the genocide policy of Armenia against Azerbaijan is condemned all over the world; bloody crime committed in Khojaly is getting recognized in compliance with the norms of international law. To the point, the Parliaments of Mexico, Columbia, Peru, Pakistan, Bosnia and Herzegovina, Romania, the Czech Republic, Sudan, Jordan, Honduras, Guatemala, Panama, Slovenia and Djibouti already recognized the crime in Khojaly as genocide from the perspective of the international legal norms. In addition, twenty one States of the USA have already also passed the related Resolutions.

The European Parliament Resolution of 23 October, 2013 on Nagorno-Karabakh also re-affirms the support of just position of our State by the international community and the fact of occupation. This document denotes once again the importance of the settlement of the Nagorno-Karabakh conflict in conformity with the UN Security Council relevant Resolutions of 1993 that requires immediate, unconditional and total withdrawal of all occupant forces out of the territories of Azerbaijan. Various politicans, historians and activists of Hungary also comdemned this genocide.