Lately, there has been a growing interest in Hungarian academic education on part of foreign students, most of them choosing universities sited in Budapest. In the following series, we will present some of the best Hungarian universities, hoping that during your summer trip to one of our exciting festivals, you’ve taken a deep interest in our culture and history.

Given that the number of foreign students (either visiting with Erasmus, or being full-term students) has quickly grown in the recent years, we’ve decided to give a short overview of why you should study at one of those Hungarian universities that are among the top and also offer courses in English or other widely spoken languages. Our second stop is the Eötvös Loránd University.

The Eötvös Loránd University is usually referred to as simply ELTE. The abbreviation comes from the Hungarian name of the university, Eötvös Loránd Tudományegyetem. It is

‘a modern university with 380-year-old traditions’,

with its predecessor institution being founded in 1635, where theology and philosophy were taught.

As we saw in the case of BME, location and name changing are very typical of Hungarian universities. After all, this is not such a surprise, since we are talking about very old and very prestigious institutes. However, back to ELTE and the topic of names: the university got its current name in 1950, after Baron Loránd Eötvös, who is an alumnus of the university. Actually, ELTE is the oldest university in Hungary that is operating since it was founded.

What to study there?

ELTE provides the opportunity to learn at even two faculties at the same time, though there are rules as to what you can combine with what. This can be done if you are enrolled into a

traditional Bachelor’s programme, or into the two-tiered teacher-training program.

ELTE has campuses all over Budapest, mostly at the agglomerated points of the city, and along the Danube coastline. All campuses are

easily accessible by public transport and are located at beautiful and scenic areas of Budapest.

Some campuses are very close to each other, like the Faculty of Law, of Humanities and of Education and Psychology around Deák Ferenc tér and the Hungarian National Museum, or the Faculty of Science and of Informatics, which are right next to the long campus of BME. However, the main office is at the Faculty of Law. You can find the rest of the locations here.

ELTE is proud of having ranked among the 551-600 best universities of 2013-14 in the world, ranked by QS World University Rankings. In the 2016-2017 ranking, it placed somewhat lower, between 601-650. The university was chosen among the 301-400 best on the Academic Ranking of World Universities, and placed 158th at the International Colleges and Universities list.

Considering the staff, 75% of them have scientific qualifications, which is the highest rate in Hungary. This is quite a good reason to trust in their knowledge and skills. It was even the most popular university in Hungary in 2016: every fifth applicant picked ELTE as their first choice.

Among the famous and most successful alumni of the university, there are Wolf Prize winners, Abel Prize winners and five Nobel Laureates, namely Lénárd Fülöp, Albert Szent-Györgyi, György Hevesy, György Békésy and János Harsányi. Another very important scientist graduated at ELTE: John von Neumann, who is a key figure in informatics.

Politicians such as Viktor Orbán and János Áder are also alumni of ELTE,

along with numerous Hungarian writers and poets. One of them, Ádám Nádasdy, is still giving lectures at the university.

There are also a couple Olympic Athletes and medallists among them, such as Áron Szilágyi, Tímea Nagy and György Kárpáti.

At ELTE, 64 languages are taught and 55 degree programs are offered in foreign languages, so you have a variety of options to choose from. The university even helps you with learning Hungarian, as there are preparatory language courses offered for international or exchange students.

The Eötvös Loránd University is in bilateral partnership with 200 higher education institutions all over the world, and in Erasmus agreement with 356 universities. This institution makes sure that exchange students make the best out of their stay in Budapest and that they are in good and able hands. For this, the ESN ELTE organisation was called into being (the ESN organisation itself is not ELTE’s idea, but it rather participates in the network).

Each exchange student – not only Erasmus or Erasmus+ students, but for example, Stipendicum Hungaricum students as well – gets a mentor,

who helps them deal with paperwork and other important things to do.

ESN ELTE organises several social events, programmes and activities, even excursions throughout the semesters, through which students can get a better insight into Hungarian culture and traditions, and into other cultures by meeting the rest of the exchange students.

Since ELTE operates with the Bologna process, you can transfer your credits to any other university that uses the same system.

You can try out over 40 kinds of sports, and you can ask the 5000 actively participating students to share their experiences with you if you have any questions regarding the options. At ELTE, it is

not compulsory to take up sports courses, but you can take any of them for credits.

ELTE has different sports venues at several points in the city, and also organises numerous sports events during the school year.

The university offers opportunities for all sorts of outdoor and indoor ball games, running, gym, water sports. If you’re not interested in taking sports courses for credits, but still want to stay in shape, then you can check out what the University Athletics Club has on their menu. Which is quite a variety, if you ask us, ranging from belly dance all the way to martial arts and triathlon. 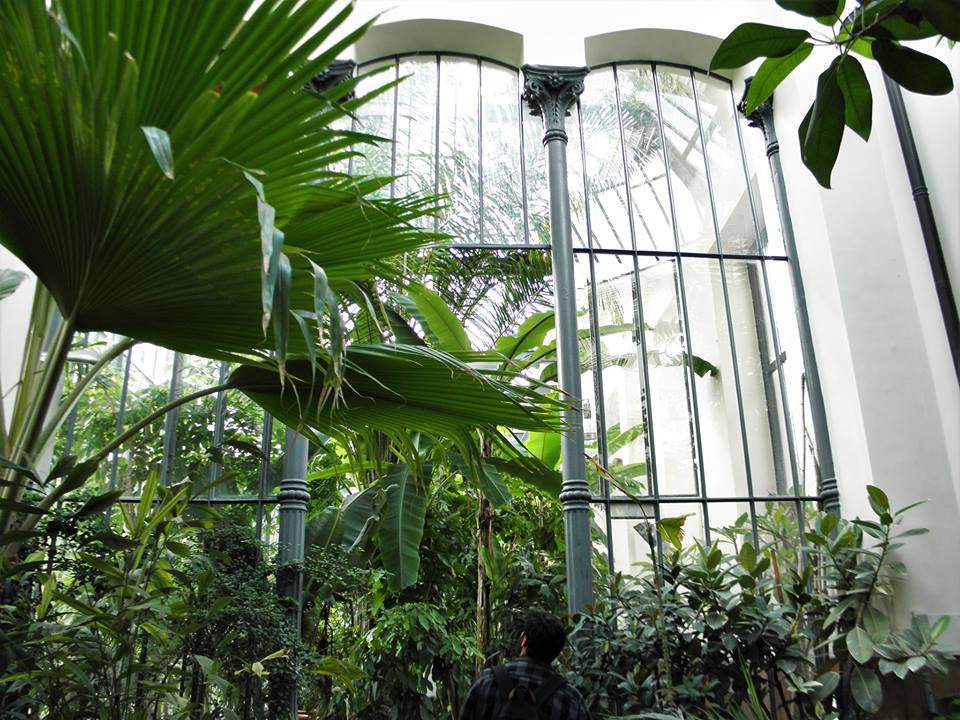 Culture is very important for the leaders and the students of the university, this is proven by the various cultural programs the faculties organise on different topics. ELTE even has collections and museums, such as the ELTE Botanical Garden, the Biological and Paleontological Museum, or the Mineral and Rock Collection.

featured image: the inside of the university’s main library, by elte.hu