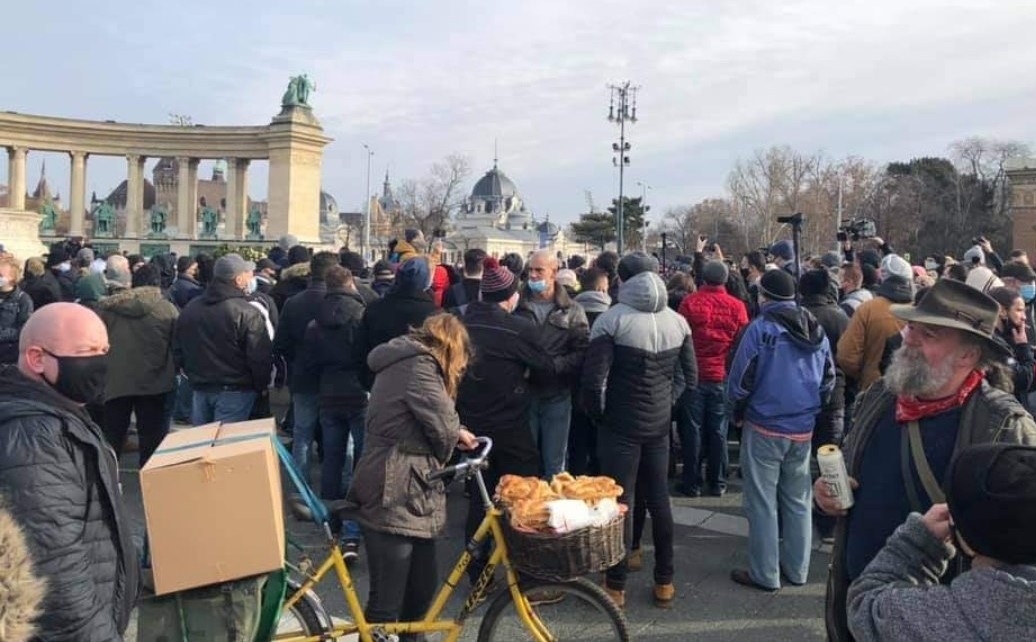 A couple of hundred people gathered at Budapest’s Heroes’ Square to demonstrate against coronavirus-related restrictions affecting businesses on Sunday afternoon. Most demonstrators at the event organised on Facebook were wearing masks. Police presence was heavy at the site with the authorities checking several people’s IDs.

Budapest Police said on its website on Friday that a private individual had called a gathering at Heroes’ Square for Sunday noon which the person later called off. Later the organisers of the Facebook event dubbed

said they “had reworded” the event’s description so that it would not qualify as “a gathering”.
They said that “those exercising their right to the freedom of expression at the event will most likely disagree with the government’s ban on allowing entrepreneurs to set their own opening hours”. The organisers also said the event was also meant to call attention to the government’s “irresponsible policies” and

“failure to bail out entrepreneurs going bankrupt as a result of the pandemic”.

The police put out a notice as early as Friday reminding the public of an ongoing ban on holding or appearing at public events or gatherings under a government decree defining protection measures during the second wave of the coronavirus pandemic.

Budapest police said late in the afternoon on Sunday that administrative proceedings had been launched against the event’s organisers and hosts. It said on its website that two participants were fined on the spot for violating mask-wearing rules and misdemeanour charges were filed against another four.