According to index.hu, probably the most famous piece of the Hungarian history of maps is the huge ethnographic map that would’ve been the Hungarian delegation’s secret weapon at the Treaty of Trianon. Even though it wasn’t their fault, the Hungarian maps failed, because the arguments of the winners were stronger than actual ethnic facts. The original version of the map designed by Zsigmond Bátky and Károly Kogutowicz was only found recently, after one hundred years. The map has been digitalised and anyone can browse it online.

The mother tongue relations were painted onto the enormous map (as big as a room) by the students of the University of Applied Arts, for weeks. Only 23 issues were made of the map’s most detailed, 1:200,000 ratio version. The basic map that consisted of 45 sheets was printed, but the circles denoting exact ethnic rates were colored by hand. This meant the coloring of 100 thousand tiny signs.

“No other map depicting mother tongue relations with such detail and size had been made before” said geographer Dániel Segyevy, who has recently published a book about Trianon maps. He believes that the biggest methodological novelty of the map was the presentation of population density and aspects of mother tongue at the same time.

The incredibly detailed map was made for four months, and was probably finished by December, 1918, with the aim of convincing foreign peace delegations about less detrimental borders from a Hungarian aspect. But there was no chance: the argument was ended soon, because the detailed ethnographic map of the Carpathian Basin was probably not even presented in Paris.

The map was simply too detailed for the politicians of the delegation to understand its meaning. For them, the map initiated by Pál Teleki was too precise, gigantic and immense. This was probably realised by the Hungarian delegates, as they originally didn’t even bring the map with themselves. However, Teleki later asked for some pages, depicting the ethnic relations in Szeged’s region, to prove the scientific background of the Hungarian point of view.

The map was actually still there, in Paris, as a background document, thanks to the American delegates: their experts examined it before going to the treaty, and based on the stamps of the delegation, they even took it with them to Paris.

In the end, the Hungarian delegation took 26 different topographic documents with them, which were less detailed. Out of these, the politicians of the Entente only took a glance at Teleki’s famous red map, during Albert Apponyi’s final speech. 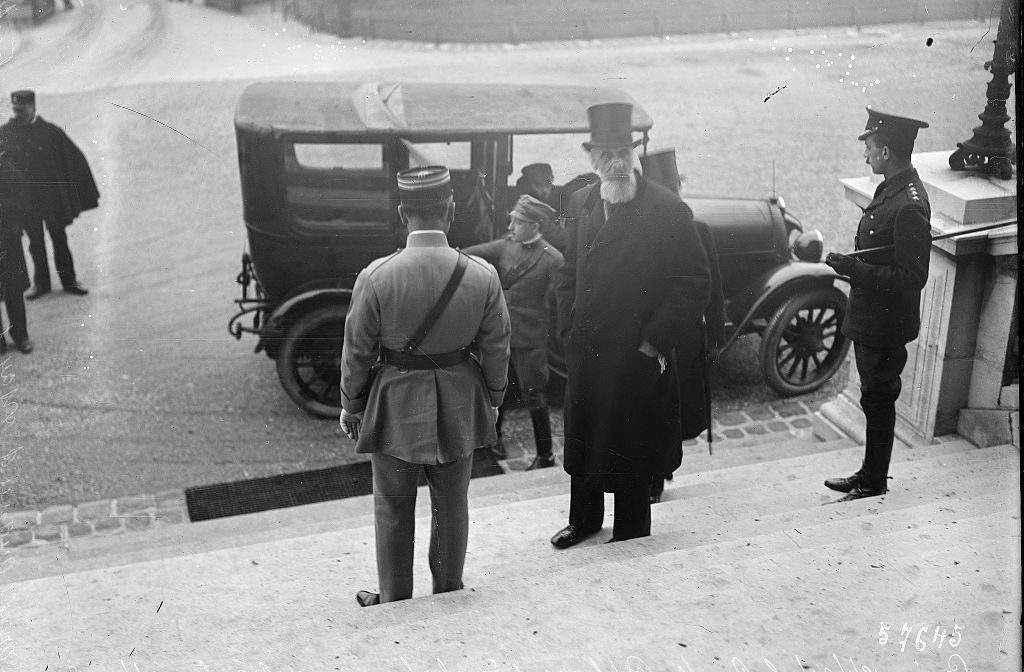 “According to Albert Apponyi’s memoir, the red map presented by him might have had an effect on the British and part of the Italians, who tried to propose the revision of some cross-border regions like Csallóköz” according to Balázs Ablonczy, the leading historian of MTA’s “Momentum” Trianon Workgroup.

Teleki took out a smaller version of the map in a critical moment of the main discussion. When British Prime Minister Lloyd George asked about the amount of Hungarians to be moved over the border, Teleki sat by his side and showed him the Hungarian regions colored in red.

“If it turns out that Hungary’s demands are rightful, and whole Hungarian communities were given to Czechoslovakia and Transylvania like a herd of cattle, just because the conference rejected the discussion of the Hungarian matter, it won’t be easy to defend the case” was the reaction of Lloyd George, which is frequently quoted in Hungary. But as we know, his reaction was of no effect.

Even though most people have heard about “carte rouge”, it’s surprising that the location of the much more detailed huge map, which later had a bigger international effect, fell into oblivion. If someone encountered it in the archives, the person couldn’t identify it, as no front page was made for it. When Segyevy decided to seek out the original map, he could only start off from an article from 1918. It took him two months to find what he was looking for.

Although his find wasn’t in the news, the high-definition map is already available on Arcanum Mapire’s website. Thanks to Zsombor Bartos-Elekes, who did the geo-reference, the map can now be browsed by anyone online. It’s incredible how you can exactly see the ethnic relations of 1910. Each village and settlement has its own ethnic rates, which are visualised by the so called point method: the big circles denote 1000 people, the ten times smaller ones denote 100, but since there are also half-circles, the map presents the population of the Carpathian Basin with an accuracy of 50 people.

The makers of the map consciously chose red to mark Hungarians. Due to the vibrant color, the Hungarian portion seems even more dominant, while the light purple color of the Romanians, who were already the majority in the whole of Transylvania back then, is shadow-like. This was a popular optical method of the time. The map is very elaborate scientifically, but definitely motivated politically: it is characterised by professionalism and manipulative intention at the same time.

Even though the 1918 map didn’t achieve anything politically, its methods depicting ethnic relations were later used by the topologists of Romania and the Nazi Germany, so it had a bigger methodological effect abroad than the famous “carte rouge”.