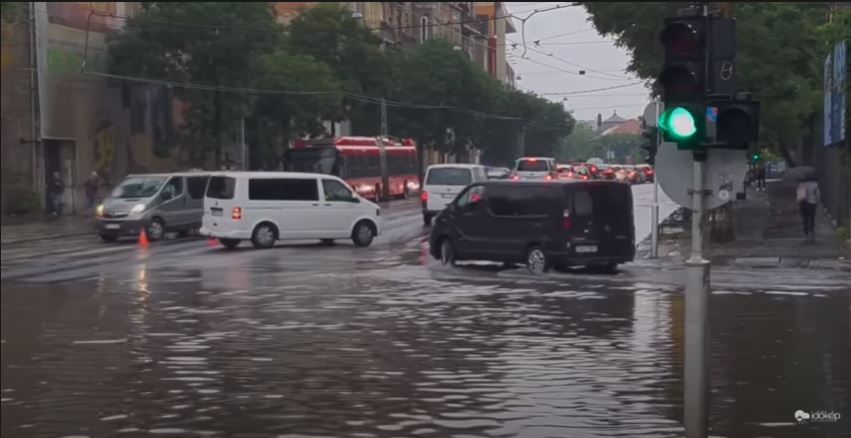 On Monday morning, the crazy storms and extreme weather conditions caused massive chaos in the Hungarian capital. The water flood on the streets of Budapest has completely paralysed the traffic, causing enormous damage and huge traffic jams at the beginning of the week. Videos can be checked out below!

Not long after last week’s extreme weather, this Monday started with crazy storms in Budapest that flooded the Hungarian capital within seconds. As Borsonline reports, the stormy rains poured such a large amount of water into the streets of the Hungarian capital that the sewer system could no longer drain it.

The flooding water paralysed both car traffic and public transport; furthermore, traffic lights did not work either that caused massive traffic jams on the roads. Extreme weather conditions and non-functioning traffic lights lead to car crashes in Budapest. On Monday morning, disaster protection units were alerted to about fifty locations in the Hungarian capital and Pest County due to the sudden stormy rainfall.

An orange alarm is still in effect due to the stromy weather conditions.

However, not only the Hungarian capital but Hungary as a whole – except for Hajdú-Bihar and Szabolcs-Szatmár-Bereg counties – suffered storm damages over the weekend. On Sunday, 175 firefighter interventions were required to resolve problems caused by fallen trees, torn tree branches that fell on roads, houses, electrical wires.

In addition, our neighbors did not get away with stormy weather last weekend either – reported by Index.

In several places, the storm caused great damages: there were flooded roads, twisted streets, flowing streams of water and hails. 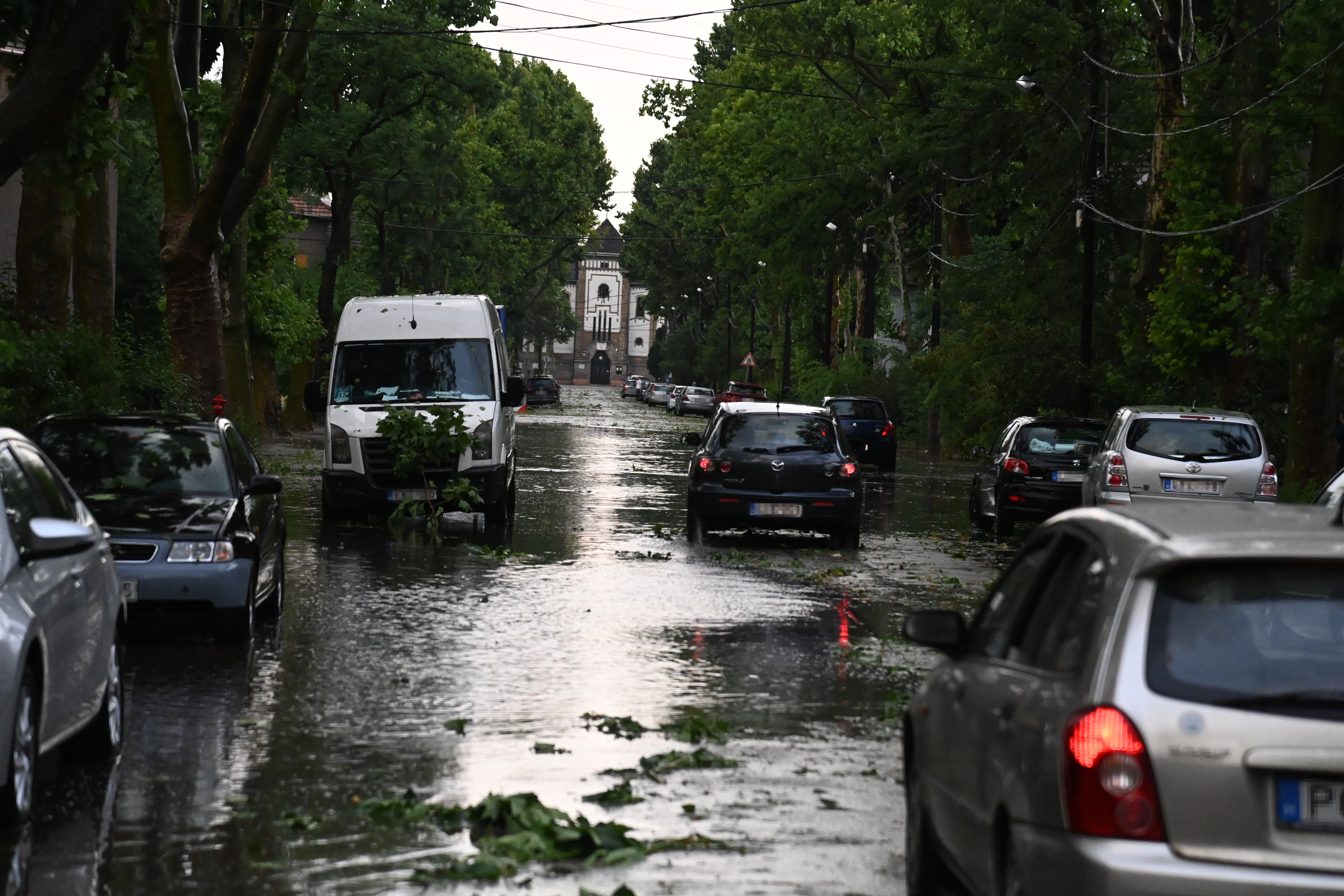 In Slovakia, due to the rising water level of the River Danube flood protection alert was issued in Bratislava and the surroundings. Presumably, the water level may peak on Monday afternoon, reaching seven meters and can even rise further.

In Austria, floods were mostly reported in Salzburg, Tyrol and Upper Austria due to extreme weather conditions. In the province of Salzburg, the Kothbach stream spilt, the water flooded Hallein’s old town. In Tyrol, trees were twisted by the storm, and water broke into basements and underground garages. Several roads became impassable in Upper Austria, where firefighters were alerted to more than 500 cases.

In Romania, more than two hundred people were evacuated due to the floods, the landslide damaged 16 houses, and another 72 houses were flooded in Roşia Montană. Fortunately, the storm has no human victim, but the material damage is significant.

In Transcarpathia, trees were felled by the stormy wind; as a result, 11 settlements were completely, and 19 were partially left without electricity last night. The wind damaged 35 houses in Beregvidék, 19 trees fell on the roads of Ukraine. Due to the vast downpour, two mudslides rushing down the hillsides flooded a road in the Huszti district.

Firefighters were alerted to the scene to make the road walkable. Serious thunderstorms are still expected in much of the county.