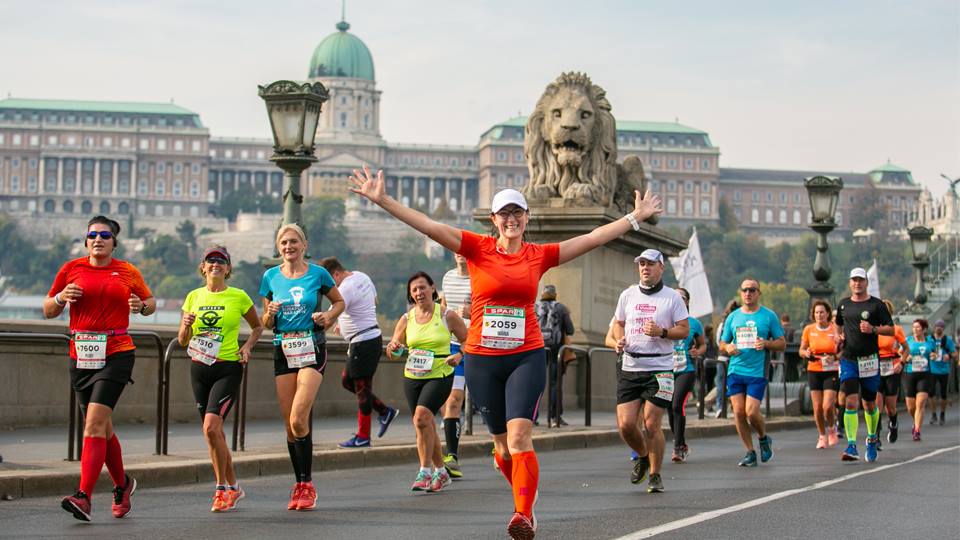 Marathon tourism is a new trend which is becoming more and more popular in Hungary, attracting thousands of international participants, combining sport, health, freedom and fun. But how did the whole phenomenon start and which are the best Budapest running festivals that you cannot miss as a marathon fan?

In Hungary, running is one of the most popular outdoor sports activity that requires only a durable pair of shoes and persistence.

Besides preventing circulatory and cardiovascular diseases, it is a joyful hobby as well due to adrenaline and endorpfin hormones which have benefitial effect on the general state of health.

Fans usually challenge themselves by participating in running competitions. No matter how long the runway is – from ultramarathoner to family fathers bringing their baby carriage, everyone can enjoy the fantastic atmosphere of a running festival.

As runinbudapest.com describes, the first running competition was organised in 1984. Budapest Marathon attracted 10,000 participants for the first time, which increased to 27,000, becoming one of the most significant sports events of the capital and a world-famous marathon race. This festival can be considered the most international with 5400 foreign runners coming from 84 different countries. The 2-day-long event is organised in September, with distances ranging from 400 m to 42 km. On Saturday, the competition focuses on shorter length up to 10 km, while on Sunday longer distances up to 42 km can be completed by the obsessed marathonists. Furthermore, it provides a running sightseeing tour of the beautiful capital, including the city centre, Chain Bridge, the Parliament building, along with the UNESCO World Heritage Sites of Budapest – Andrássy Boulevard, Buda Castle District and the Danube banks.

In September, the 34th Wizz Air Budapest Half Marathon will take place in Budapest, which is the biggest half marathon in Central Europe. The 21 km distance can be run individually or in teams of two or three members. Last year, 2700 foreign runners were registered from 82 countries coming from Britain, Slovakia and Poland, but there were also participants from Chile, Indonesia, and Singapore. Runners can energise themselves at refreshment points, while entertainment is provided at the musical points of the running sightseeing tour.

In 2019, Budapest will host Telecom Vivicittà Spring Half Marathon for the 35th time, with distances ranging from 750 m to 21 km. Participants can apply in 3 categories: Medicittà – 7 km; Vivicittà – 10 km; and Half Marathon – 21 km. The event is organised in April when 30,000 participants welcome the spring by the amazing running sightseeing tour.

Besides the breathtaking view of Budapest, ’The Hungarian Sea’ also attracts thousands of marathonists for the most celebrated rural running festival, Lake Balaton Supermarathon. The 4-day long event is organised in March, providing different distance categories around Lake Balaton. Participants can choose between Balaton Supermarathon – 196 km; Half Balaton Supermarathon – 94.9 km; and Marathonfüred – 42,195 km. Individual runners and teams can also take part in the competition who can freely decide about the division of the distances. ’Hobby runners’ can join the festival for one day as well, during which the peaceful atmosphere of the countryside and the alluring view of ’The Hungarian Sea’ can be enjoyed.

A marathon festival cannot finish without rewarding its persistent heroes with a gorgeous medal and some unique, race branded gifts energising them for their next challenge!

The success of the Hungarian economy depends greatly on the production and research…
Social Media Auto Publish Powered By : XYZScripts.com