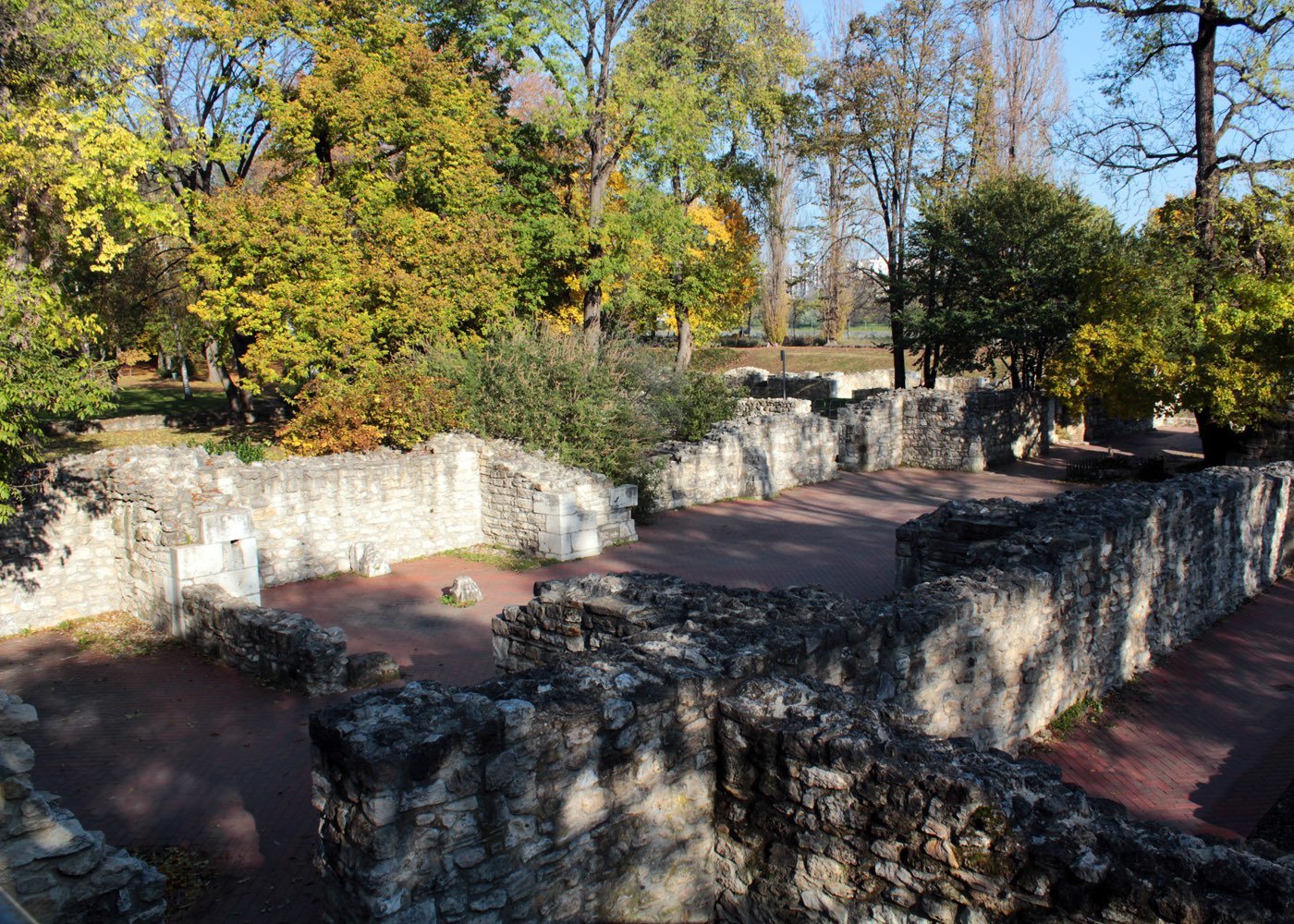 For hundreds of years, a visit to Margaret Island was a little bit harder than taking the tram. You either had to be a royal, or the archbishop of Esztergom.

Named Rabbit Island at the time, it was a favoured hunting reserve until the Mongol invasion of 1241. That’s when King Béla IV vowed that if God liberates Hungary from the Mongol menace, he will found a great monastery on Margaret Island and raise Margaret, his newborn daughter as a nun there.

The Dominican Monastery was built by 1251, and nine-year-old Margaret was sent there to live the remaining 18 years of her short life in a famously ascetic manner (chastising herself by wearing an iron girdle, hairshirts and shoes spiked with nails, and performing the dirtiest tasks at the monastery, despite being the king’s daughter), opposing any attempts to break her solemn vows and with that her deep and personal relationship with God, including a marriage proposal from King Ottokar II of Bohemia. “I prefer the heavenly kingdom to that which has been offered me by the King of Bohemia. I would rather die than obey these commands of yours that will bring death to my soul” she wrote to his father. Margaret, who died in 1270, was buried on the island: her tomb is marked by a red marble slab inside the sanctuary of the church. 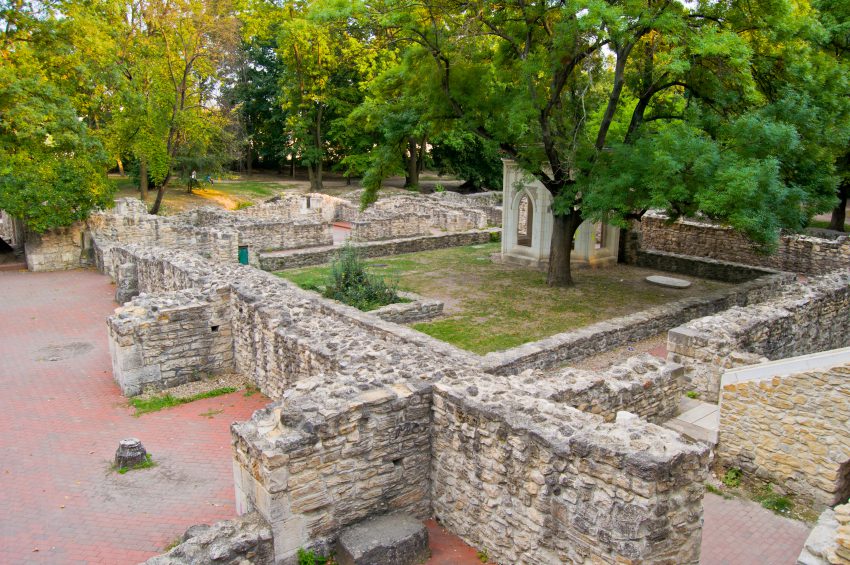 The convent was built right next to the royal manor house which survived the Mongol invasion relatively unscathed, and became the kingdom’s most prominent nunnery due to its illustrious location, giving home to a total of four princesses of the Árpád Dynasty. Constituting of a 51 x 12 meters large church, a hospital, a dormitory, a refectory, a kitchen, a chapter hall, and a beautiful herb garden, the monastery was operating until 1529 (or 1540 the latest); in the next one and a half centuries the island had seen a lot of battles between the Turks and the Habsburgs, resulting in the complete destruction of the many churches and palaces that once dotted the hundred-hectare green oasis. Afterwards, the island became a resort of the Palatine of Hungary, before being declared a public garden in 1908.

The first excavations on the site were carried out following the 1838 Great Flood, but large parts of the monastery are still lying beneath the ground. Surrounded by century-old oak trees inhabited by cute squirrels, the ruins of the Dominican Convent are one of Budapest’s most romantic spots, as well as a serene place of pilgrimage like no other.

Situated in the neighbourhood of District II, this monastery was built and inhabited by the Pauline Fathers.

Formed by Blessed Eusebius in 1250, the Order of St Paul started building the monastery sometime around 1301. By the end of the 14th century the monastery was comprised of a Gothic church (built by Italian masters), a cloister and a chapel. During the reign of King Matthias Corvinus, a new chapel, a modern sewer system, and a large bathing house were added.

At the beginning of the 16th century, the Pauline Monastery of Budaszentlőrinc became the country’s greatest monastery, capable of housing 500 monks on more than 15,000 square meters. After the 1541 Ottoman occupation of Buda, the monks packed their bags and left the monastery in a hurry, fearing a forthcoming attack. The Turks wreaked havoc at the place, destroying most of the statues and altars, leaving the monastery to decay. The monks never returned to their former headquarters. Today, you can only see the base walls of the monastery, as well as parts of a brick floor and a few carved fragments, but it’s well worth the short bus trip from Széll Kálmán tér as they still give you quite a good impression of just how vast this place once was. 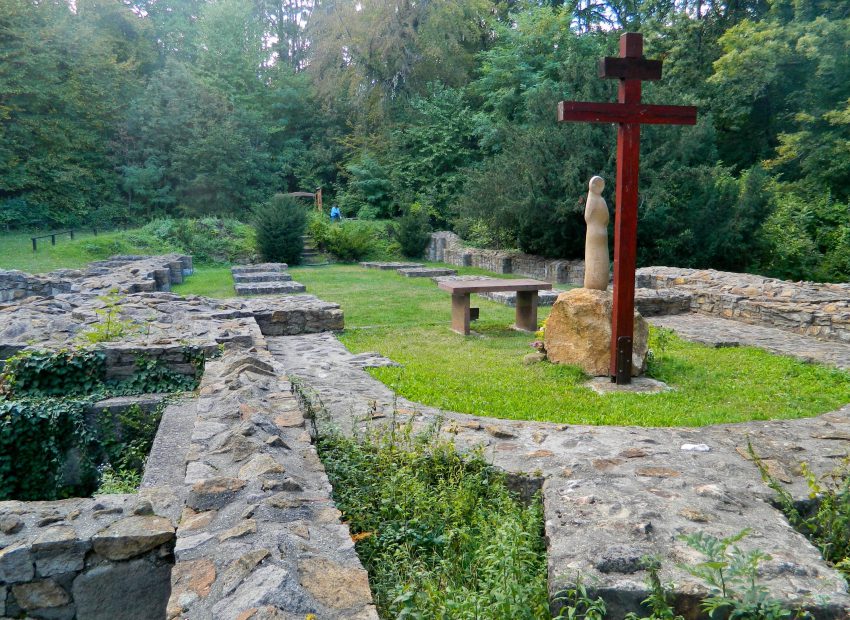 Founded in 1334, the ruins of the Clarissa Convent can be found in Óbuda. It was the third most important building of Medieval Óbuda, besides the grand Mária Church (70 x 20 meters) and the former Royal Castle.

The convent was founded by Queen Erzsébet, wife of King Charles Robert. Built in Gothic style, the opulent convent was composed of a church with a vaulted nave and a polygonal sanctuary, a chapel (where Queen Erzsébet was buried in 1380), a cloister, a chapter room, a dormitory, a refectory and a kitchen (with floor heating), an infirmary, cellars and wells. By the beginning of the 16th century, the convent of the Clarissa nuns became one of the centres of Hungarian-language codex making. This bright era was abruptly terminated in 1541 by the Ottoman occupation of Buda: nuns left the convent for present-day Bratislava together with the ashes of Queen Erzsébet and many of the convent’s treasures. Soon enough, the buildings were razed and eventually forgotten. The site was first excavated in 1884, while the last preservation efforts were carried out in the 1970s. We recommend that you ask the school doorman if you can examine the shin-high ruins more closely. 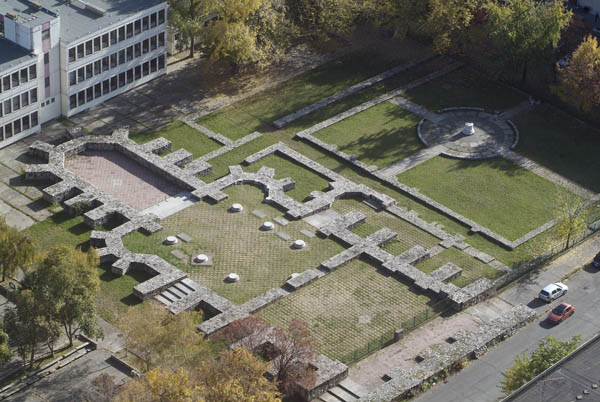