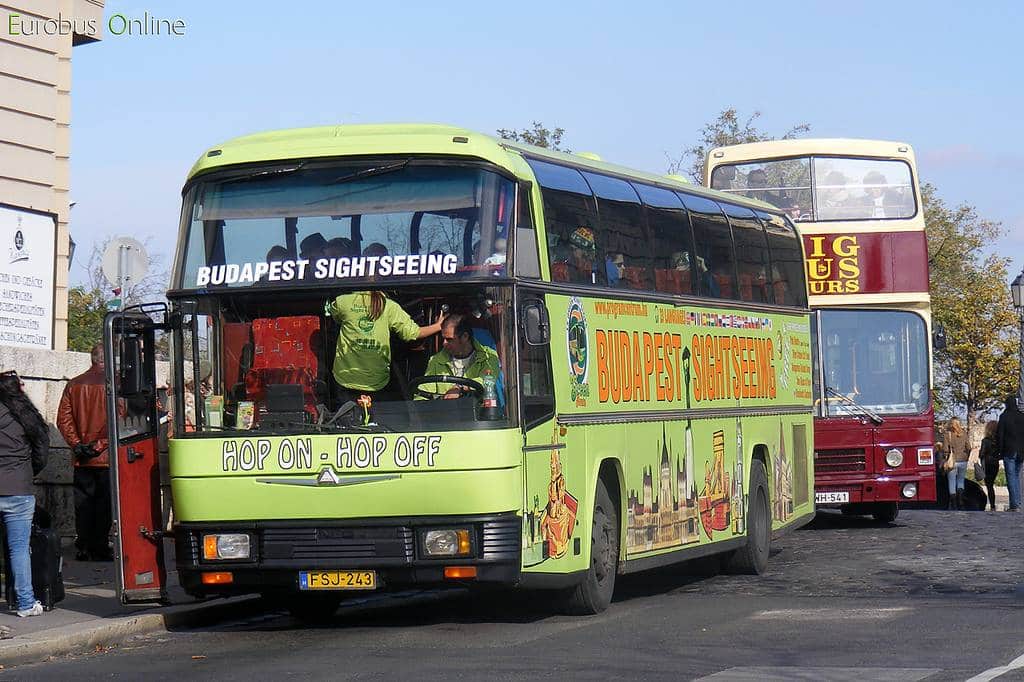 Budapest is suffering from tourist bus chaos. This can be experienced by all the participants, including residents, tourism professionals, tourists, and decision-makers as well. The situation is uncomfortable for everyone… so, why has nothing been done yet?!

In the summer period, when Budapest is full of roadblocks, and even the heat is unbearable, people feel more stressed-out and nervous. This is true for both passengers on 40°C-hot public vehicles and car drivers queuing at the dockside, waiting several minutes for a tourist bus to finish its complicated manoeuvre of picking up passengers.

Not to mention sightseeing buses parking at cycle paths and public transport stations, drivers stuck in narrow downtown streets, and those who reinterpret the highway code or those whose motor is continuously turned on, irrespective of whether they are standing in the “green belt” as they cannot stand the heat without air conditioning while waiting for the tourists.

The problem is becoming aggravated

The problem is not new, as one decade ago, a concept was already created that suggested a solution for the right management of tourist buses.

In 2008, 7.5 million tourists spent 19 million nights in Hungary. Furthermore, 2018 was the best tourism year ever – 12.5 million tourists came, spending 31 million guest nights here. This data refers to the whole country; however, since Budapest attracts the majority of international tourists, one can imagine how brutally the capital was impacted by this significant increase.

“The Citadel and the parking at Jászai Mari Square have become life-threatening,”

it was reported at a roundtable discussion by Anita György, leader of the transport working group of the Association of Hungarian Inbound Tourism.  And the issue must be taken seriously as it is highlighted by someone who lives from tourism: “it is only a matter of time when someone will be hit in these areas.”

In 2009, the same problems were already mentioned, which have only become more severe since then.

Ten years later, we are in the same situation, with a multiplied number of buses.

Undoubtedly, there are huge traffic problems in Budapest, as there are 300 thousand cars per day for 400-450 buses, which makes it evident that traffic jams are inevitable even without buses. However, it is a frustrating problem which could be resolved easily, according to experts.

This can be considered to be the greatest problem. However, a solution must be found as soon as possible, because accommodation capacities in Budapest are dynamically expanding; furthermore, the current tourism boom is still far from reaching its height according to the employees of the field.

The biggest problem is that “no one takes responsibility,” summarised it all Éda Stumpf, the representative of the Hungarian Society of Tourist Guides. Several authorities pass the ball to each other because there is no coordinating body whose powers and resources would be able to solve the emerging problems. In order to change the registration and parking design, the involvement of several municipalities, transport authorities, and additional offices would be needed.

Furthermore, there are not enough people in the civil service who could pay attention to the buses that cheat. More and more policemen take a second position to make a living.

However, 95% of Budapest tourist buses are operating without paying taxes or having the necessary licences.

European cities where the problem is resolved

As the Hungarian news portal 24.hu describes, in certain cities, such as Rome and Paris, prohibition was implemented for both sightseeing buses and tourist coaches.

And there are those places, such as Vienna and Barcelona, ​​where the situation was resolved smoothly, even though the number of tourists is even higher than in Budapest.

In Vienna, the problem was resolved a long time ago, and the system works smoothly now. Just like in Barcelona where, similarly to Budapest, attractions are far from each other, but the necessary parking areas were developed.

In several places, online registration, license recovery, and time-window systems have been introduced to avoid queuing caused by the buses. And all these rules are followed up on and controlled. In Budapest, these are still missing, resulting in this uncomfortable situation.

Budapest economy European Union Fidesz Government History Hungary migration Ministry of Foreign Affairs tourism Viktor Orbán
Gergely Kálló, the joint candidate of the opposition Jobbik, Democratic Coalition,…
GST or Goods and Services Act has created a lot of reforms since its introduction. It…
An annual ministerial report presenting the latest drug use statistics and trends –…
One hundred years after the "death sentence" that was the WWI Trianon Peace Treaty,…
We and our partners use technologies, such as cookies, and collect browsing data to give you the best online experience and to personalise the content and advertising shown to you. I accept
Privacy & Cookies Policy