Cargo City, flights and the latest news from Budapest Airport!

You can find the latest news about Budapest Airport in their newest bulletin:

Cargo City performing well even during the COVID-19 pandemic

Budapest Airport handled 84 510 tons of air cargo in total during January to August 2020, which is only 3.3 percent less than during the same period in 2019. This means that Budapest Airport handled more than 10 000 tons of air cargo per day on average. Compared to other airports, traffic at the BUD Cargo City is stable. The 3 percent reduction is a good result in international comparison, as there are airports where cargo traffic has nearly disappeared during the pandemic.

The proportion of imports and exports within the cargo handled at Ferenc Liszt International Airport has shifted from the previously experienced, balanced 50-50 split to a 60-40 division in favor of imports. Traffic has also been rearranged; with the drastic reduction in long haul, wide body passenger flights, their belly cargo capacity has disappeared. Currently, market needs are satisfied primarily by dedicated cargo flights.

During the first 8 months, the number of dedicated cargo flights at the airport increased by more than 17 percent.

The seamless operation of air cargo remains critically important for the functioning of the national economy. Budapest Airport’s long-term partners operate scheduled cargo flights – Cargolux from Hong Kong, Qatar Airways from Doha, Turkish Airlines from Istanbul, and the Soul-Budapest cargo flights by Korean Air is an important new connection. The integrators and the courier companies continue to operate at the airport seamlessly as well; flights by DHL Express, FedEx / TNT Express and UPS link Budapest with their large logistics hubs on a daily basis.

Budapest Airport expecting a further reduction in the number of flights

Traffic at Ferenc Liszt International Airport dropped significantly, by more than 90 percent during the first two weeks of September, compared to August, as a result of the travel restrictions introduced from 1 September 2020. Currently, the number of aircraft movements, i.e. takeoffs and landings, is around 120 per day, which is less than 30 percent of the average number of flights registered last September. Budapest Airport expects a reduction in excess of 90 percent for September as a whole, compared to the same period in 2019.

Several airlines indicated that they are planning to reduce operations during the next month as well, due to the sudden drop in demand. This means that an 80-90 drop in traffic is expected in October as well.

Information on the operation of the airport car parks

Due to the reduction of traffic at the airport, Budapest Airport is temporarily suspending the operation of Holiday Lite Parking, from the middle of September. We recommend to use the Premium Parking services for passenger drop-off, Terminal Parking for passenger pick-up and short-stay parking and Holiday Parking for mid and long-stay parking.

We would like to remind our passengers that some areas in Terminal 2 remain closed:

Departing passengers can check in on the T2B side. In the transit area, Terminals 2A and 2B (with the exceptions listed above) and the passenger circulation areas of the SkyCourt remain open. Arriving passengers can leave the airport via Terminal 2B. 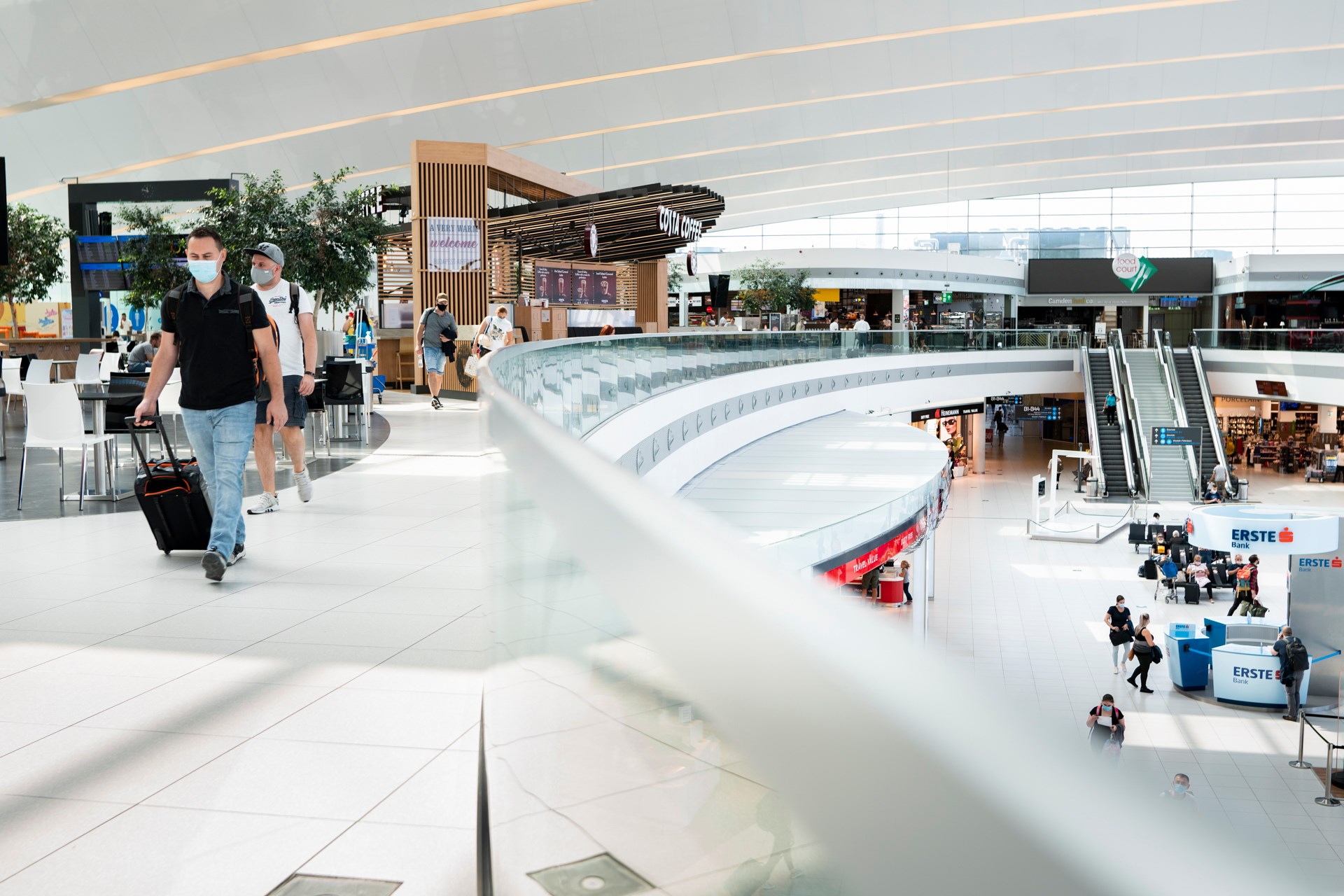