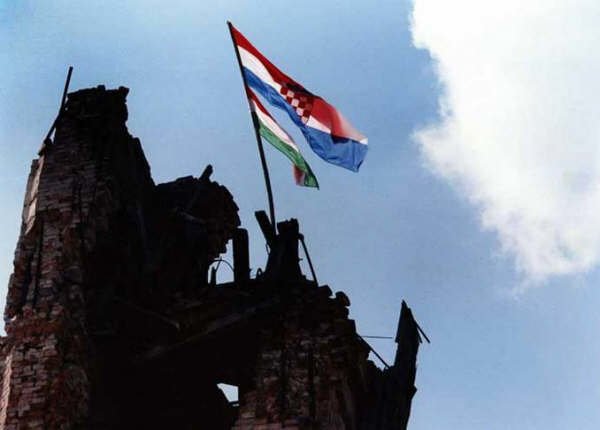 Croats will hold a referendum to raise the minimum rate of ethnic minorities in Croat towns required for the official use of their languages from the current 30 per cent to 50. The initiative primarily targets Vukovar’s Serbs and the bilingual signs in the town, but Hungary’s ambassador says that it will have a negative impact on Hungarians living in Croatia as well.

Currently, a particular ethnic minority needs to make up 30 per cent of a town to be able to exercise its rights for the official use of its language, but the referendum aims to raise this rate to 50 per cent. Gábor Iván, Hungary’s ambassador in Croatia declared in Croatian national television that this measure would mean a negative development compared to the current situation and is also contradictory to Croatia’s international commitments.

Gábor Iván says it would be difficult to accept, for example, that the people of Hercegszőllős (Knezevi Vinogradi) district, where the rate of Hungarians is over 30 per cent, would no longer be allowed to use their language the way they do now. The ambassador reminded that Hungarian regulations allow ethnic minorities living in the territory of Hungary to exercise their rights to use their language in towns where the rate of such minorities reaches 10 per cent. There are over 50 settlements with Hungarian and Croatian bilingual signs – Gábor Iván pointed out.

The referendum about language use was initiated by an organization which was formed to protect the rights of Vukovar’s Croats and which steps up against the Serbian minority. Their goal with this referendum is to prevent bilingual signs with Cyrillic and Latin letters from being set up in Vukovar, East Croatia. Protests against bilingual signs began in the summer in Vukovar, the signs were removed several times. Protesters were saying that the Cyrillic signs reminded them of the demolition during the Southern Slavic wars (1991-1995). Nevertheless, the current constitution allows for the placement of such signs since the rate of the Serbian minority in Vukovar exceeds 33 per cent.

Other diplomats warned on Croatian TV that if the referendum is passed, it would not only curb the rights of the Serbian minority, since the new regulation would pertain to other minorities as well, including the Hungarian, Czech, and Slovakian communities living in Croatia. Quoting diplomats, Croatian daily Vecernji List wrote that not only would Croatia breach minority rights but would ignore the European Charter for Regional or Minority Languages as well.