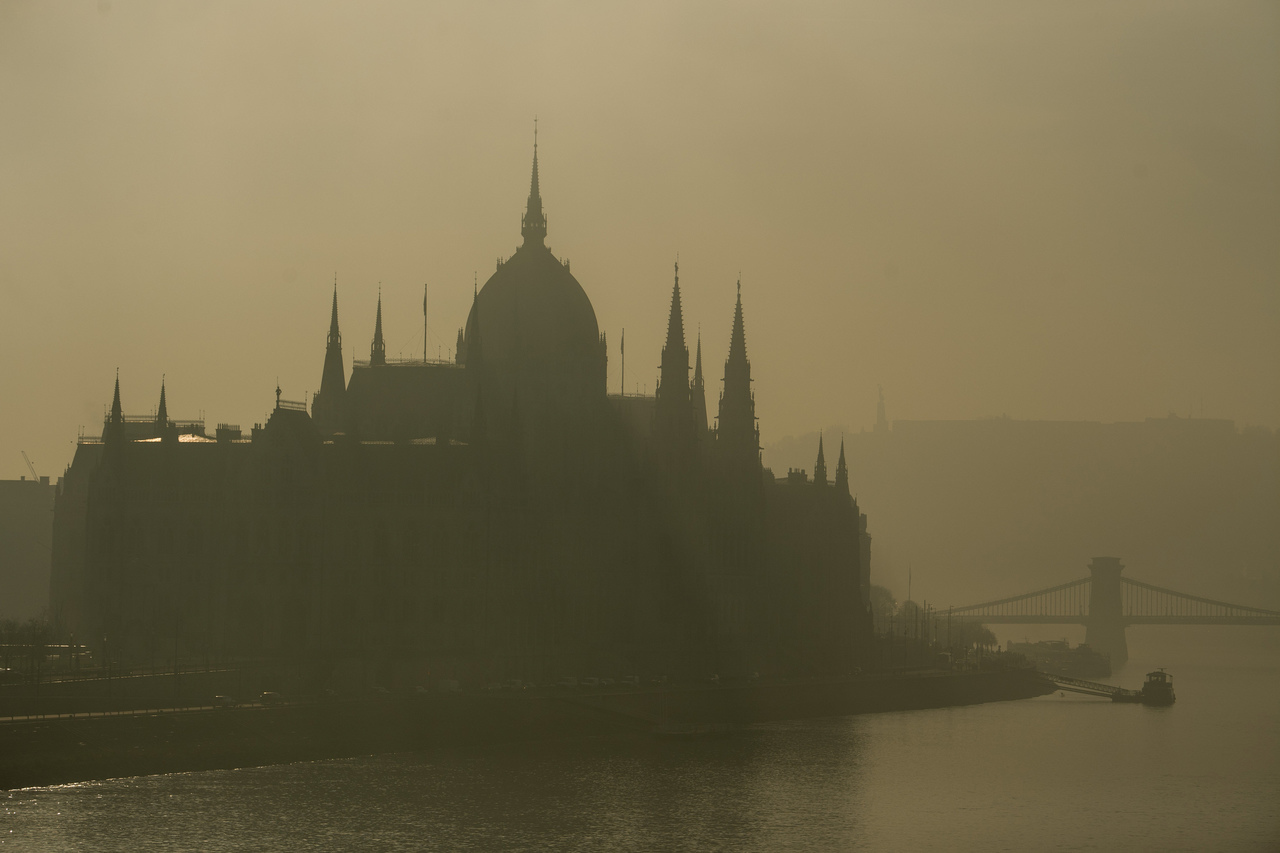 Danger going outside in Hungarian cities because of air pollution

Air pollution has grown because of the concentration of airborne dust in some Hungarian cities, according to the National Centre of Public Health.

In Kazincbarcika, Miskolc, Putnok, and Sajószentpéter, the air is unhealthy, while in Budapest, Debrecen, Eger, Kecskemét, Nyíregyháza, Salgótarján, Százhalombatta, Szolnok, Tököl, Vác, and Várpalota, the quality of the air is highly questionable, wrote Index.

However, according to other sources, the air quality is dangerous in Budapest and nearby areas, in Pécs, and in some places in Borsod-Abaúj-Zemplén County as well.

Időkép has posted a photo on their Facebook page, where the reddish air settled in the city can be seen well from up the hills.

In the coming days, the situation is expected to get worse. On Saturday, a cold front is coming with winds that may clear out the air in the central and western regions of Hungary.

Index also reported, based on the Nation Centre of Public Health’s update, that in Sajószentpéter and Putnok, the air is dangerous as it could cause coughs, respiratory irritation, and the watering of the eyes even to a healthy person.

Air pollution does not only strain the airways but the heart and vascular system as well as the nervous and immune systems.

In Kazincbarcika, Kecskemét, Miskolc, Nyíregyháza, and Tököl, the quality of the air was unhealthy according to the air hygiene index, while in another 16 cities, it was objectionable, meaning that the aerosol particles’ concentration exceeded the healthy amount. According to the warning, the air’s quality has worsened since Wednesday.

The Centre of Public Health advises locals of the affected regions against staying outside for long periods of time but emphasises the importance of frequently spending short periods of time in the fresh air.