Defence minister: “the security environment in the region and the world is extremely fragile” 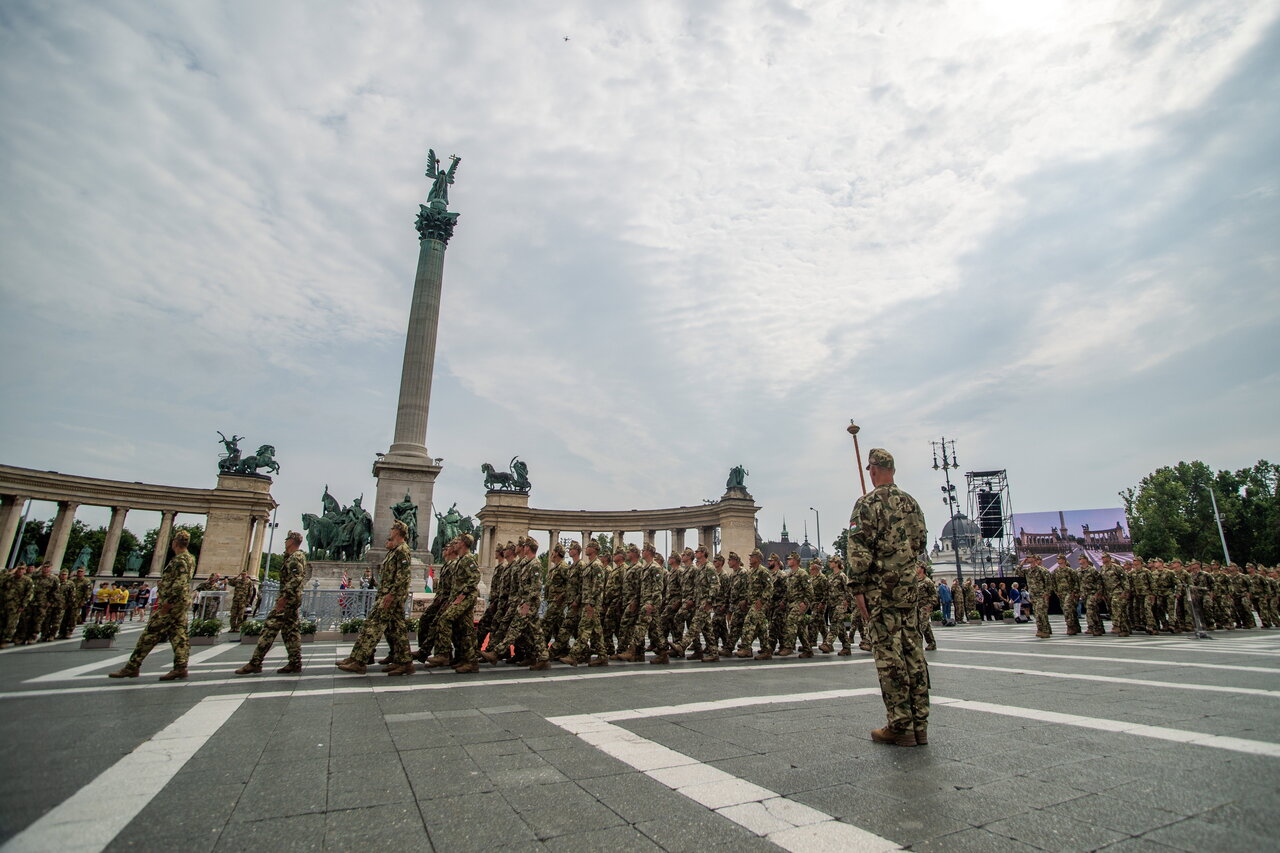 Hungary’s soldiers have proven that they have an understanding of more than just weapons, Defence Minister Tibor Benkő said at the inauguration ceremony of non-commissioned officers of the armed forces on Saturday.
Benkő told the 373 officers taking their oath of office on Budapest’s Heroes’ Square that besides having the skill to handle weapons, they also needed to be ready to handle disasters like the coronavirus pandemic. “The soldiers have proven that the Hungarian Armed Forces

can be counted on to handle any kind of problem anywhere and at any time,”

The minister thanked the parents of the new NCOs for “raising their children to dedicate their lives to the service of the country” and to make the sacrifices and take on the trials that come with it. He

to the entire country.

“It’s clear that the security environment in the region and the world is extremely fragile,” Benko said, adding that this was why the government considered it crucial to have a competent, committed, well-trained and well-equipped military.

Zsolt Sándor, deputy commander of the armed forces, said at the ceremony that

being a non-commissioned officer was not a job but a calling.

He said NCOs were the bridge between the army’s commissioned officers and its rank-and-file. They play a key role in leading subunits and handling complex equipment, he added. Sándor praised the role the new graduates had played in Hungary’s response to the pandemic over the past year, adding that they had “many similar challenges” ahead of them.
Hungarian Defense Forces Hungarian government Hungary military
Share