The Austrian Government extends the control of the Hungarian border six more months, because Hungary moves all migrants from its territory to the Austrian border write Die Welt online edition.

The article deals with asylum seekers that are relocated in the reopened reception center in Körmend, which is just a stone’s throw away from the Austrian border.

The author of the article Boris Kálnoky emphasizes that Hungary closes its detention centers at the Serbian border and moves all residents to the Körmend reception center, near the Austrian border. 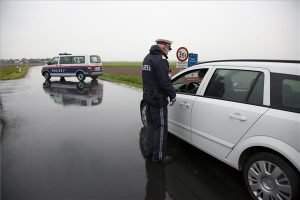 The Hungarian government ships the migrants to the Austrian border in order that they can quickly leave the country write the Austrian journalist.

The re-opening of the Körmend reception center is not a coincidence. As a result, Austrian government border protection agencies beef up border control in the region write the author of the article.