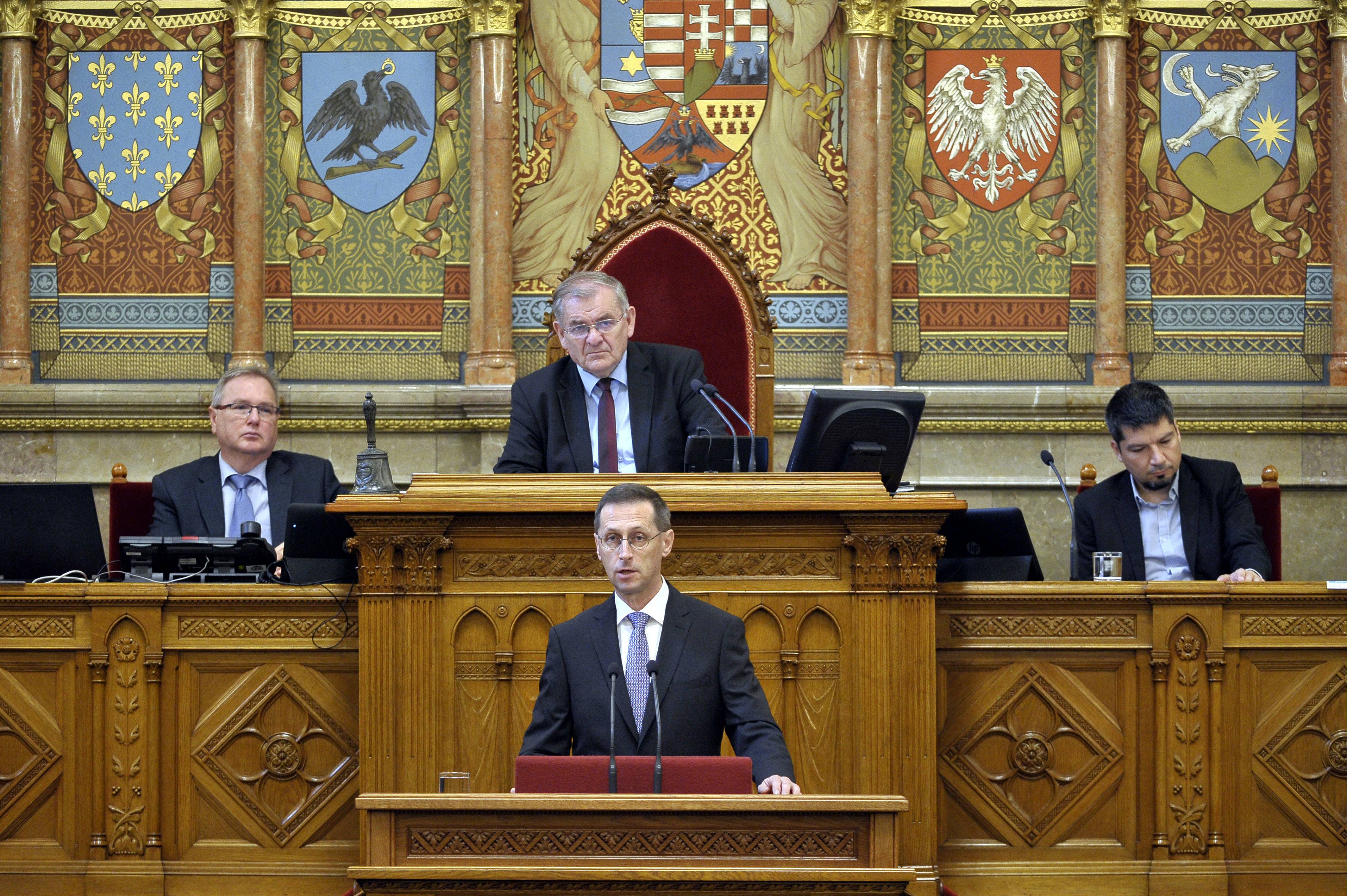 Finance Minister Mihály Varga on Wednesday set out the main goals of the 2020 budget, namely support for families and ensuring resources for the action plan to protect the economy.

Addressing the 2020 budget debate, Varga said the government would reduce taxes and the public debt while increasing wages, investments, and striving for full employment.

The budget bill before MPs centres on providing families, children and teachers support and security.

Varga said the aim was to make Hungary a family-friendly place. The government continues to put children’s interests first, he added.

Compared with this year’s budget, all priority areas in 2020 will enjoy more resources.

The aim of the economy protection plan is to safeguard results achieved so far amid a downturn outside the country, ensuring sustained economic growth of 2 percentage points above the European Union average, Varga said. The growth target for next year is 4 percent, he noted.

A top government priority continues to be fighting the threat of terrorism and guaranteeing public security, he added.

Varga said next year’s inflation was expected to be 2.8 percent and the deficit target 1 percent. Reserves equal to 1 percent of GDP will be set aside to manage external risks, he added.

The public debt based on EU methodology is explected to decline to 66 percent of GDP as against 80 percent in 2010, he said.

Fully 2,200 billion forints will be spent on family support schemes and 500 billion will go towards stimulating the growth of businesses as part of the economy protection plan.

The social contribution tax will be reduced from July 1, leaving 144 billion forints in the pockets of businesses and 156 billion will remain with businesses for investments, developments and wage increases, he said.

The tax on small businesses will be reduced and the simplified corporate tax will be abolished. Companies with an annual turnover of more than 100 million forints will no longer have to fulfill their tax prepayment obligations. Further, the advertising tax will be suspended and hotels will pay less VAT, he added.

Fully 32 billion forints extra will go towards R and D in 2020 compared with this year, Varga said.

Between 2010 and 2018, pensions increased by almost 30 percent while their purchasing power improved by more than 10 percent. As well as inflation-linked pension rises, pensioners will receive a bonus, he said.

The minister said that the bulk of proposals for the 2014-2020 EU budget cycle had been completed in 2018. From 2019, the focus is on project implementation. Almost 1,700 billion forints of EU subsidies and structural and rural development funds will be paid out in 2020 with around 1,500 billion of EU funding incoming, he said.

Local councils will manage more than 2,950 billion forints next year without having to resort to borrowing, and the central budget will provide more than 735 billion of this sum, Varga said.

The minister said the pension fund was in balance and maintaining it would not pose an extra burden. The health insurance fund also appears to be in balance between revenue and expenditure, Varga added.