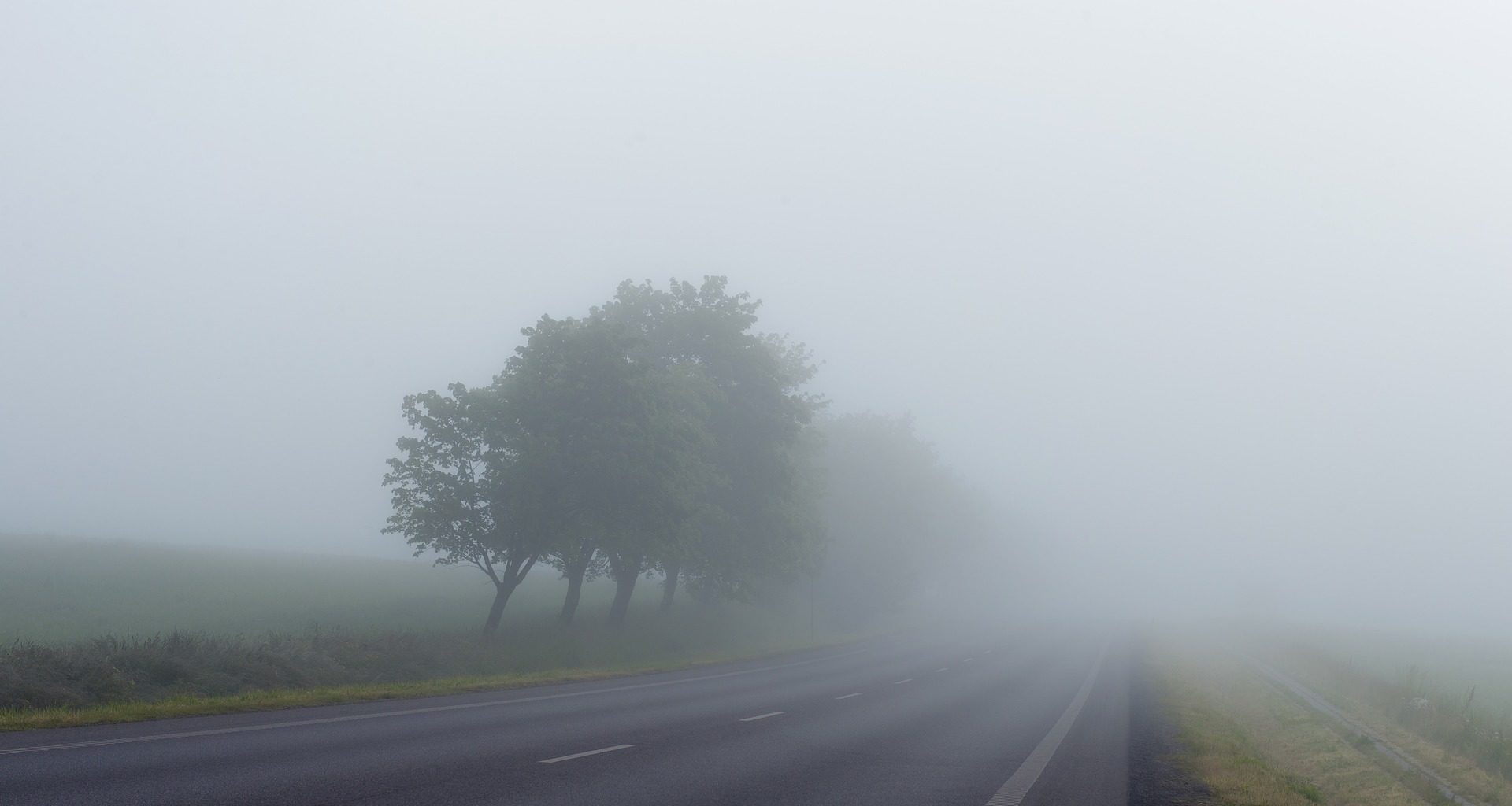 Here are eight true stories of unsolved mysteries from Hungary.

Do you like mystery novels and shocking stories? Paul Street on YouTube has collected eight unsolved or shocking cases from Hungarian history just for you.

November 7, 1997, was a tragic day for the people of Jászberény. Attila Moczó was shot dead on this day, only to be discovered hours later, but by that time, it was way too late to do anything to help.

Attila’s father had reported his son missing a day prior to his body being found by the border. The police told him that if he was missing the following day, they would start a search.

Attila left on his regular trip to his shop in Budapest, where new supplies had arrived. His body was found by his car, on which police found prints of a known car thief from around the shop.

According to the car thief, he leaned on the car to talk to Attila, but after realising he was not going to be able to steal his vehicle, he left. The first time he recreated the encounter for the police, he did not lean on the car, but he had to redo it as the police’s camera had not recorded it the first time. The second time, he did lean on the vehicle, explaining the print. The police decided he was not their man and let him go, but whenever they tried to investigate a new lead, it led to nowhere.

The mystery has never been solved, and the brutality of Attila’s wounds indicate that the murder happened out of rage against the victim. This complicates the case because Attila led a simple and unproblematic life, with no known enemies or conflicts.

Could he have led a double life and perfectly hid his dark side? We will never know…

2 The interruption of the Duck Tales

On December 12, 1993, many, many children were watching the Duck Tales on TV in Hungary, when an unusual interruption occurred.

Every child who watched the show that night later developed a flash memory, which means they have a bizarre memory from childhood which they had not known how to react to at the time, but it is stored in their subconscious forever.

That night, the episode suddenly stopped after Uncle Scrooge complained about a sea monster eating his ice cream. After that, sad piano music started and played for several minutes, before Péter Boros appeared on screen to announce that Prime Minister József Antal had died.

Children did not understand what was happening at the time; all they knew was that everyone seemed to be sad and that there was a man on television instead of their beloved cartoon.

Some people who were watching the cartoon as a child at the time now, as adults, feel like crying whenever they hear the piano music that was playing during the announcement.

One of the biggest mysteries in Hungary to this day is surrounding Brigitta’s death. It all started on October 27, 1995, when she was last seen by her sister.

Brigitta told her sister she would go home to rest because she was tired, but they found her burnt body on the side of a highway three days later.

The investigation revealed that the woman was hit by a car, dragged to the side of the road, and burnt. It is unknown whether it was an accident or the perpetrators intentionally hit her. But who would burn the body if they accidentally hit someone instead of calling an ambulance?

Police even identified the type of car that had hit her based on her injuries, but they never found the one.

Police found a diary that Brigitta had kept, in which she writes about a man named István, with whom she was in love, and she might have been pregnant. Police started looking for men named István in her life. Her boss was one, but he was a married man. However, on the day she was last seen, her boss drove her to her sister’s house. But police found nothing on her boss’s Volkswagen. He refused to participate in questioning with a lie detector.

One of Hungary’s biggest and most well-known historical figures, Sándor Petőfi, was reportedly last seen on July 31, 1849, in the Battle of Segesvár.

The case of his death – or disappearance? – is not the only interesting thing about him, though. He had one of the most iconic artist friendships with János Arany in Hungarian history, as they were both key figures both in literature and the revolution in their time. He also influenced eastern culture so much that there are statues of him in Peking and Shanghai. He also had a son, named Zoltán, who was born not long before his father died, and who died aged 22 because of his wild lifestyle.

Petőfi was fighting in the Battle of Segesvár, where 200 Hungarian soldiers fought 800 Russians. After surrendering, Hungarians ran for their lives, including Petőfi. He was last seen by a soldier named József Lengyel, who yelled to Petőfi to run in the direction of Fehéregyháza. We know nothing of Petőfi’s fate after that, but many theories surfaced.

One of them is that he died as a prisoner in Siberia on May 15, 1857, under the name Alexander Steponovich Petrovich, which sounds like the Slavic version of Petőfi’s name.

Check out our in-depth article about Petőfi’s mysterious death HERE.

Eszter was only 22 years old when her body was discovered in 2003 by a woman walking her dog.

Her injuries were severe and brutal; she was probably strangled with some sort of string.

The day before, two little girls ran into Eszter and they greeted each other. Eszter kept on biking in the other direction, and the little girls were watching her when a red car stopped next to Eszter – who kept biking – and the man got out to watch Eszter, then got back in the car and drove in the same direction as her. The little girls got worried and ran after Eszter, but she was too far gone. An older man tried to help them by calling out Eszter’s name.

Later, the two girls saw the car and the man again. The man pulled up to them, rolled down his window, smiled, and drove away. They never saw him again.

Police put out a prize for the one who would help them discover the killer, but his identity remains unknown, and he was never caught.

Miklós was a soccer player. He was playing on January 25, 2004, where he got a yellow card, and a few minutes afterwards, he started feeling really unwell. Within 10 seconds, he was lying on the floor. He had a sudden heart attack, which would have been nearly impossible to help, so by the time paramedics arrived to the field, he was gone.

But the strangest thing is that cameras recorded everything, and people watched on their televisions as Miklós died right as it was happening live.

7 The bombing of Kassa

Most of the questions about the case are still unanswered. It all occurred on June 26, 1941, when at 1 PM Hungarian air monitoring services detected three bombing planes, but they had no time to report to the headquarters, and they could not make out the models of the aircraft even with their binoculars.

At 1:08 PM, the planes dropped 29 bombs on the town and flew to the left. 32 people died in the attack and over 300 were injured. All of the bombs were Soviet-made, and two Hungarian planes tried to catch the aircraft, but they had sped up by that time, and they were impossible to follow.

There are many theories of who might have bombed the town, including Romania, Yugoslavia, Germany, Hungary, or the Soviet Union.

The German theory is that they bombed Hungary to make Hungarians suspicious of the Soviets and make them join the eastern campaign.

One of the strangest theories is Hungary bombing itself. People theorise that they did it to include themselves in the war; however, the planes were nothing that Hungary could have possibly gotten its hands on.

The Soviet theory is not the strongest either, because, at the time, Soviets wanted to please Hungary so that they would not be too attached to Germany.

The tragic accident took place on January 20, 2017, when students of a Hungarian high school were on their way to the annual ski trip to France. There were a total of 54 people on the bus, including the driver, the students, some parents, and the teachers.

The bus service said the vehicle was 100% safe and the drivers were experienced.

Everything was all and well until the last day of the trip when they were already on their way home. For some unknown reason, the bus got off the road, went into the railing, then crashed into a pillar and caught fire.

People sitting on the right were stuck to the pillar and had no way of getting out, so they burnt alive in the vehicle.

17 people lost their lives, and 24 were severely injured.

One of the teachers saved many children by helping them out of the bus, but could not save his own children.

The cause of the accident is still a mystery. There are rumours that the driver had difficulty with sleeping, or that they built in a larger fuel tank into the vehicle without a permit, but these are just guesses.

You can read more details about the accident HERE.