(MTI) – The radical nationalist Jobbik party held a campaign-closing event on Friday evening, featuring a debate intended to resemble the one Prime Minister Viktor Orban had earlier rejected to attend.

Party leader Gabor Vona held the “debate” on a platform marked “Only the nation” next to another platform with a television set showing Orban and labelled “Only Fidesz”. Video footage from Orban’s speeches were shown throughout the evening. 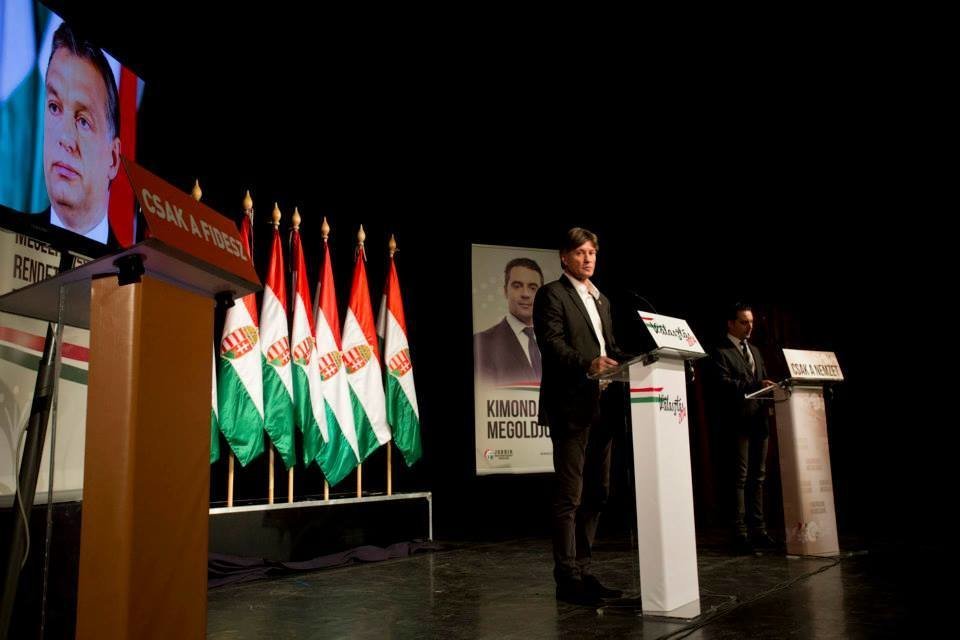 Vona promised to tackle problems such as a lack of jobs, people leaving the country, the “disappearance of national assets” and foreign currency credit crisis if elected to government.