According to a law amendment from 2015, electronic cigarettes count as tobacco products in Hungary, so they can only be marketed in National Tobacco Shops. Besides last year’s law amendment, several other sanctions are applied to the product.

Realising the significance of e-cigarettes in the fight against smoking István Szávay, Jobbik’s Member of Parliament, has spoken up several times against the groundless aggravations. He attracted attention to the fact that e-cigarettes could be a much healthier alternative of tobacco products, because there’s no combustion process involved in its use, which means that it doesn’t emit smoke.

Acknowledged international researchers and associations have proven that it is the smoke, formed during the activity of smoking, which is the most harmful to health and which contains damaging substances. Researches have settled doubts concerning nicotine’s carcinogenic effect. Nicotine only causes addiction, the smoke and the substances formed during the combustion process are the actually harmful factors.

This year, an international award winning documentary titled A billion lives was made about electronic cigarettes. Several world-famous doctors and researchers speak up in the movie and contrast traditional tobacco products with e-cigarettes while making references to their researches, based on which e-cigarettes are 95% less harmful than traditional tobacco products. Through the example of the USA, the movie introduces different economic companies, drug companies and state organisations who are interested in limiting the popularity and the spread of e-cigarettes. The documentary debuted in Hungary, in the Urania Film Theatre on the 12th of November. The screening was organised by civil organisations like Villanypára Association and ecigiteszek.hu. 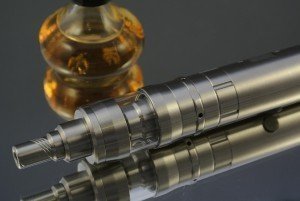 István Szávay and Krisztián Pifkó, the vice-president of the Villanypára Association, held a press-conference about the newest changes concerning e-cigarettes, because the parliament has accepted law amendments that lead electronic cigarettes out of the tobacco product category, meaning that, in case of another law amendment, these products could be marketed outside of the National Tobacco Shops in the future. Moreover, the excise tax of the refilling liquid will cost 55 forints/millilitre instead of the originally settled 65 forints/millilitre.

Jobbik evaluates the decision as their own success, and is glad that the government finally realised that the use of e-cigarettes should be encouraged instead of pursued, because they primarily facilitate quitting smoking. Szávay added that the decrease of the registry fee burdening e-cigarette devices and liquids would be necessary, because it is currently 475 thousand forints/product, which limits the product range for shops. The question of the abolition of different flavouring also arose previously, but Jobbik believes that this step would undermine e-cigarette’s biggest attraction: the colourful selection. The party hopes that positive changes will be executed in this field as well.

Krisztián Pifkó highlighted that their association welcomes every offer, which helps to ease the otherwise groundlessly strict regulations in Hungary. Furthermore, they also hope that Hungary won’t be Europe’s tail-ender in the fight for harm decrease caused by smoking. The association also wants to achieve that the accepted excise tax wouldn’t affect nicotine-free electronic cigarettes, because those don’t have any harmful effect on health.

Usually, when people join an organization, their first reaction is confusion. No…
Social Media Auto Publish Powered By : XYZScripts.com