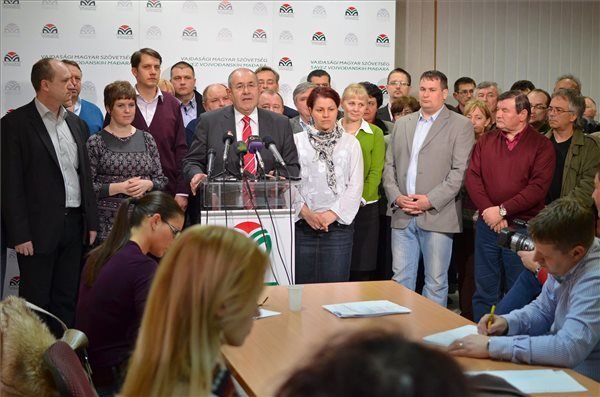 Istvan Pasztor said that he had held consultations with future prime minister Alaksandar Vucic on the night of the early elections and proposed further negotiations.

He confirmed to the paper the party’s plans to go into coalition with the centre-right Serbian Progressive Party SNS, as earlier made public in the campaign.

Preliminary results show that the Hungarian party can send six deputies to the national parliament as opposed to the earlier 5. “The Vojvodina Hungarian community did an excellent job on Sunday”, with more than 75,000 voting for our party, he told the paper.

The paper quoted Pasztor’s earlier position on the possible early provincial elections in Vojvodina. As the speaker of the Assembly of Vojvodina, he said he would certainly call an election “should this be unavoidable”.