European nation states must be strong enough and capable of tackling their own internal and external challenges and threats, Hungary’s defence minister said after a conference of EU defence ministers in Brussels on Tuesday.

The strategy is in line with Hungary’s approach that the country must have a strong and effective military, one that has the capabilities to guarantee the peace and security of the country and its people, he said.

“This however must be done by strengthening and not by weakening one another,” he said.

Concerning the migration situation at the Polish-Belarusian border, Benkő pointed out Hungary’s six years of experience with the issue of illegal migration. He said that Visegrad Group members Hungary, Czech Republic and Slovakia had offered help and support to Poland, the fourth member of the group.

“Hungary, if asked by Warsaw, is ready to provide technical equipment, material resources and troops to help Poland,” 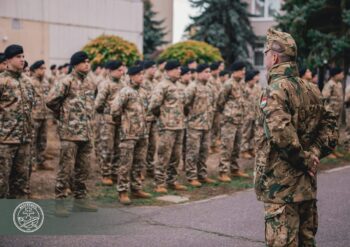