Explore the development of the Hungarian coat of arms

What are the main elements of the #Hungarian coat of arms? Where do these elements come from, and do they have symbolic meanings? #history

The purpose of national symbols is to unite people by creating visual or verbal representations of the national values and history. The coat of arms is one of the most important official national symbols, reflecting pivotal events and changes in a country’s history. Each nation’s coat of arms tells the story of wars and peace treaties, internal constitutional struggles, revolutions, the fall of ruling regimes, and national aspirations. The coat of arms of Hungary is no exception. Let us have a look at the origin and the symbolism of the elements.

Nemzeti Jelkepek defines the term ‘coat of arms’ as

“a permanent, coloured symbol designed and drawn according to certain rules from specific tinctures and geometrical or stylised pictorial devices displayed on a shield. On the basis of old unwritten law or a grant given by a ruler, the coat-of-arms was born as a distinguishing or identifying mark by individuals or corporations”.

Although the time and origin of the appearance of coats of arms are uncertain, they probably date back to the early medieval period and the emergence of knighthood.

The Hungarian word for ‘coat of arms’ is ‘címer’ [tsiːmɛr], but where does it come from?

According to Arcanum, the medieval Latin word ‘cymarium’ (helmet crest, helmet decoration) can be found in many European languages as a derivative of the same meaning, e.g. German ‘Zimier’, French ‘cimier’. The French form of the word came to Hungary in the 13th century with the Lorraine settlers. The word ‘címer’ was first used by Charles I in a document in 1326.

The elements and their origins

The current small coat of arms with the Holy Crown has developed over several centuries, and its elements were initially depicted on separate shields. It was voted as the official coat of arms by the Parliament in 1990. Some of these components were already used in the 12th and 13th centuries.

Read alsoWhy is there a hole in the centre of the Hungarian flag today? – photos, video

The Hungarian coat of arms is a military-carved and vertically divided shield with a pointed base. The left field contains eight horizontal bars of red and silver. These are called the ‘Árpád stripes’, and they have been associated with the founding dynasty of Hungary. This pattern was first recorded in 1202 on a seal of King Imre (1196−1204), but it was adopted by later rulers and dynasties to emphasise their legitimacy to the Hungarian throne. In his book called A magyar címer története (The history of the Hungarian coat of arms), József Laszlovszky claims that the shape is probably of Spanish origin, and the lion can be regarded as a widespread symbol of royal power. Traditionally, the four silver stripes represent four rivers: the Danube, the Tisza, the Dráva, and the Száva.

The right field has a red background, depicting the base of three green hills (trimount, allegedly representing the mountain ranges of Tátra, Mátra, and Fátra) with a golden crown on top of the central hill and a silver patriarchal cross placed in the middle of the crown. On the top of the shield rests the Holy Crown. The double cross first appeared on coins minted under Béla III (1172–1196), as well as on the royal seal of Béla IV (1235–1270).

The change of dynasty after the extinction of the Árpád House (1301) and the formation of a new type of power organisation left its mark on the coat of arms. The Anjou kings wanted to emphasise their legitimacy and the fact that they were the matrilineal successors of the royal house, so they combined the Árpáds’ coat of arms with the Anjou’s stylised lily (fleur-de-lis). The Árpád stripes and the double cross on the trimount were first depicted together in the 14th century.

The arrangement of the main elements of the Hungarian coat of arms, with the Holy Crown on top of the shield, was fixed in the 16th century.

Certain changes were implemented during the 20th century, mainly due to German and Soviet occupations. For example, a new coat of arms was introduced based on the model of other socialist states during the Rákosi era (1949–1956). This cannot be called a coat of arms from a heraldic point of view since it lacks the shield element.

During the Hungarian Revolution of 1956, the Kossuth Coat of Arms was used, which is an unusual version of the Hungarian national coat of arms. It does not include the Holy Crown, and the shape of the shield is curved at the top and sides instead of the usual straight-sided shield.

In 1957, at the beginning of the Kádár era, a new coat of arms was introduced, incorporating a tricolour shield into the socialist symbols of the wreath and the red star. 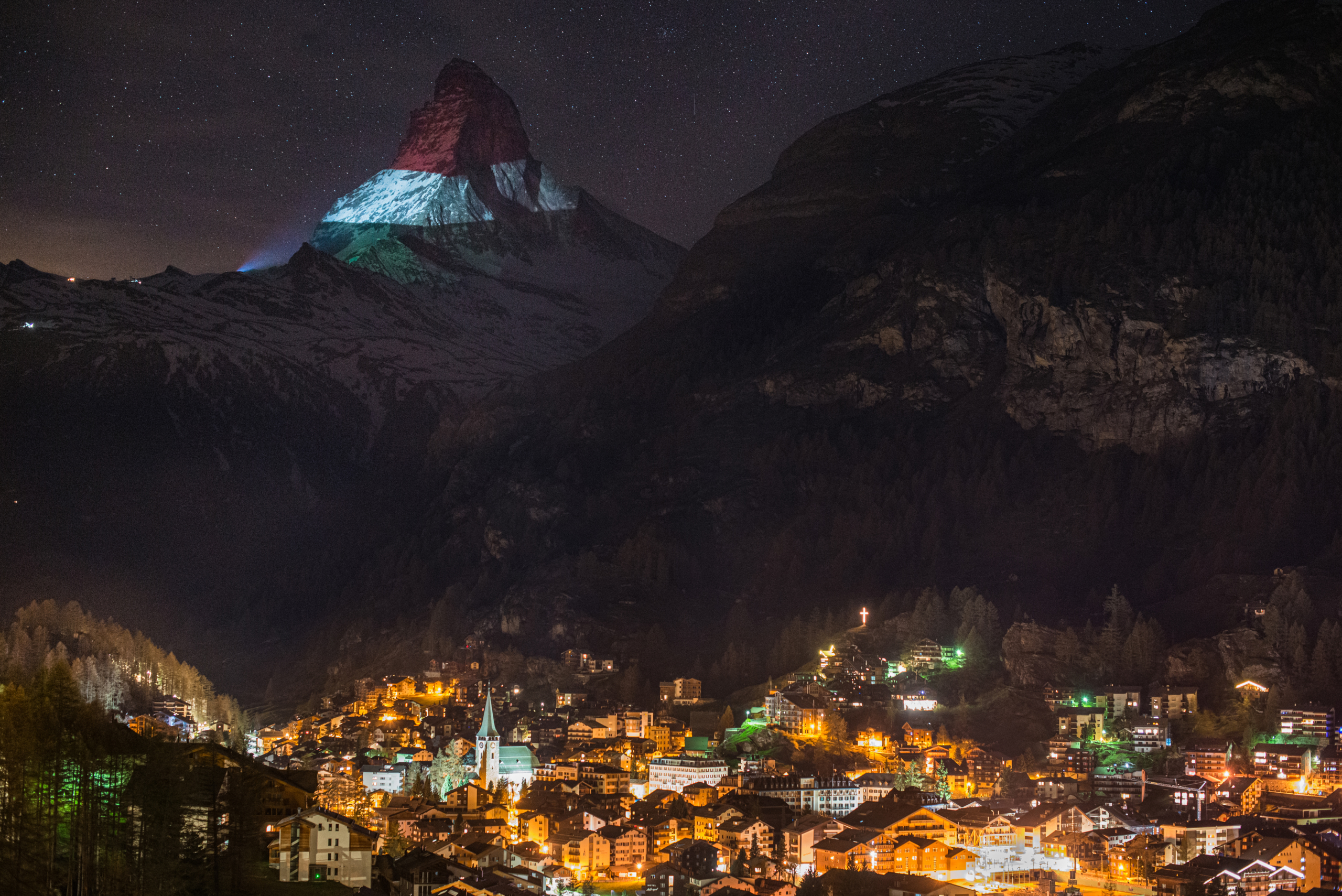 Read alsoWOW! The Hungarian flag was projected on Matterhorn, the most well-known peak of the Alps!