Fidesz is running the most expensive political YouTube ads in Europe

Fidesz has been running the most expensive political YouTube campaign in Europe for a month and a half. These videos, like the one entitled “Gyurcsány Show”, emphasise the connection between possible PM-candidate Gergely Karácsony and former PM Ferenc Gyurcsány.

On May 15, Gergely Karácsony, Lord Mayor of Budapest, announced that he would run in the pre-election of Prime Minister candidates. Fidesz apparently prepared for this and launched a huge communication campaign via Facebook and YouTube within a few hours, writes Telex. The videos shared on these platforms emphasised that Karácsony works for former prime minister Ferenc Gyurcsány.

According to Telex, these videos uploaded to Fidesz’s channel are not set to public: users can only reach them through URL links or view them as advertisements before other videos. Thus, Telex suggests that the vast majority of the views come from the paid advertisements.

Telex has reviewed Google’s official Transparency Report, which documents political ads on the company’s interfaces. The system has been in operation since March 2019, and it has registered 2,601 political advertisements in Hungary ever since. The total cost of these advertisements was HUF 114 million.

More than half of this, HUF 65 million, was spent on the Fidesz campaign that launched a month and a half ago.

On an international scale, the most generous political advertisers on YouTube are Americans, having spent $766 million over the past two years. Trump and Biden’s presidential campaigns each amounted to 83 million dollars of this, writes Telex.

In comparison, the total EU (plus British) spending was 17.5 million euros. Hungarian spending makes up about 2 percent of it.

If we look at only the last month and a half, however, when Fidesz started its advertising campaign, we see that the “Gyurcsány Show” videos make up the top five on the list of the most expensive political YouTube ads in all of Europe.

Recently, posters of the “Gyurcsány Show” covering whole buildings also appeared in different parts of the capital, reports Mandiner. These posters depict opposition politicians, including the president of Jobbik, Péter Jakab. Jakab reacted to this, claims 444, by projecting a similar poster on the facade of the Fidesz headquarters. He, however, showed the “actors” of the “Orbán Show” – József Szájer, Viktor Orbán, Zsolt Borkai, and Gábor Kaleta, reflecting on recent scandals of the governing party’s members. 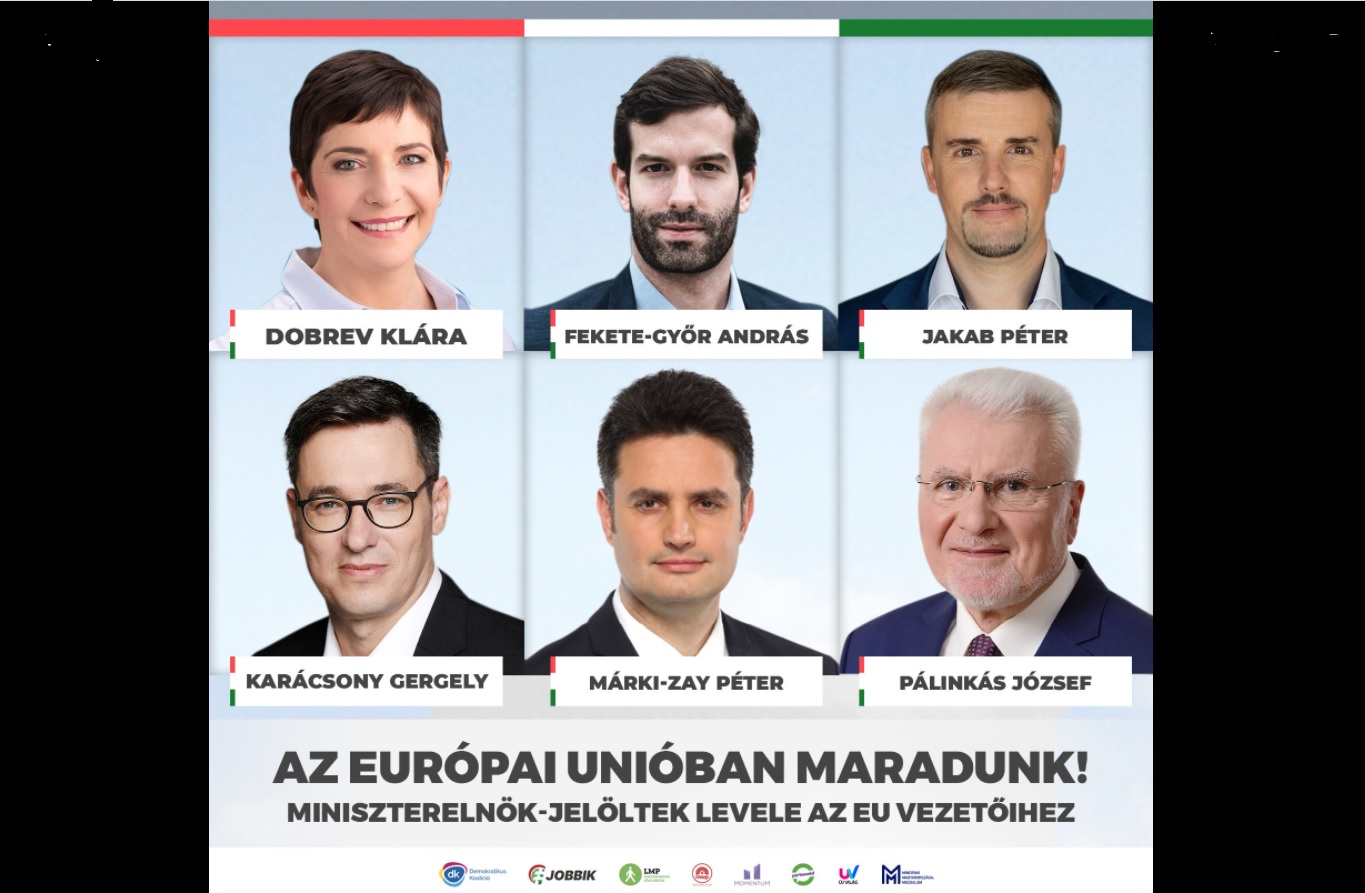