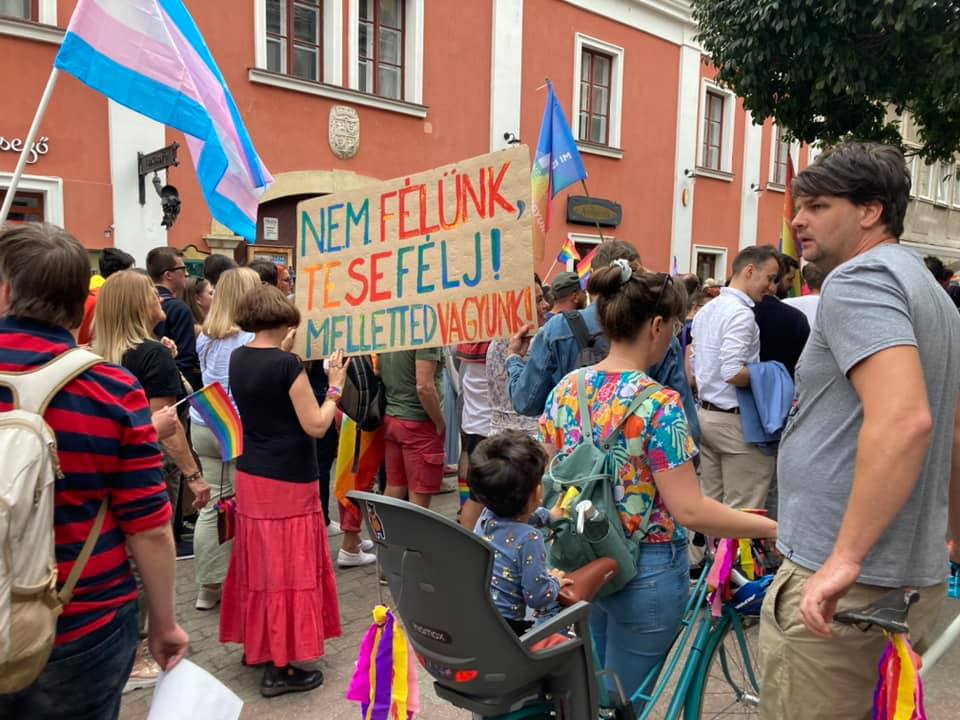 Pride has been organised 26 times in Budapest, but this is the first time the event takes place outside the capital in Hungary.

Pride is a controversial event in Hungary, and people have their own opinion about it. Some people, however, like to express their views in a very public way, as was the case with Mi Hazánk Ifjai (Our Homeland’s Youth), a youth organisation that welcomes every young person who loves their homeland and is willing to take action for its future. Members can be aged 14-30 when they join and are allowed to stay until the age of 35, as they write on the website. The organisation recently put out stickers in Pécs depicting a silhouette of an octopus with words on its head such as “LMBTQ+, atheism, Marxism, liberalism, feminism, gender”. In front of the octopus, 5 people, including a babylike figure, are shown, and the man in the middle of the sticker has a textbox saying “Destroy the monster!”.

To provide some context, the aforementioned youth organisation was founded under Mi Hazánk Mozgalom (Our Homeland Movement), which is a Hungarian far-right political party founded by Jobbik dissidents who quit being Jobbik members after Jobbik decided to move away from their originally radical views. Szabadpécs wrote that, according to the standpoint of Mayor Attila Péterffy, the posters raise suspicions of inciting hate against the community.

Pécs Pride has a Facebook event where they wrote the following:

“Free Anywhere! – is the slogan of the first rural Pride Parade. Free in Budapest, Free in Pécs, you can celebrate Freedom anywhere, which lies in our diverse identities!”

RTL also presented the event in the evening news. Participants gathered at 3 pm on Kossuth Square and started the march at around 4 pm. After walking for 2 kilometres in a good mood, they arrived at St. Stephen Square around 5 pm. There, they listened to speeches about acceptance, and a mother of a well-known man also spoke in a positive way about her pride for her son who got married and has an adopted child. Participants were very diverse, as there were families, elderly and young people, but even dogs participated in the parade. 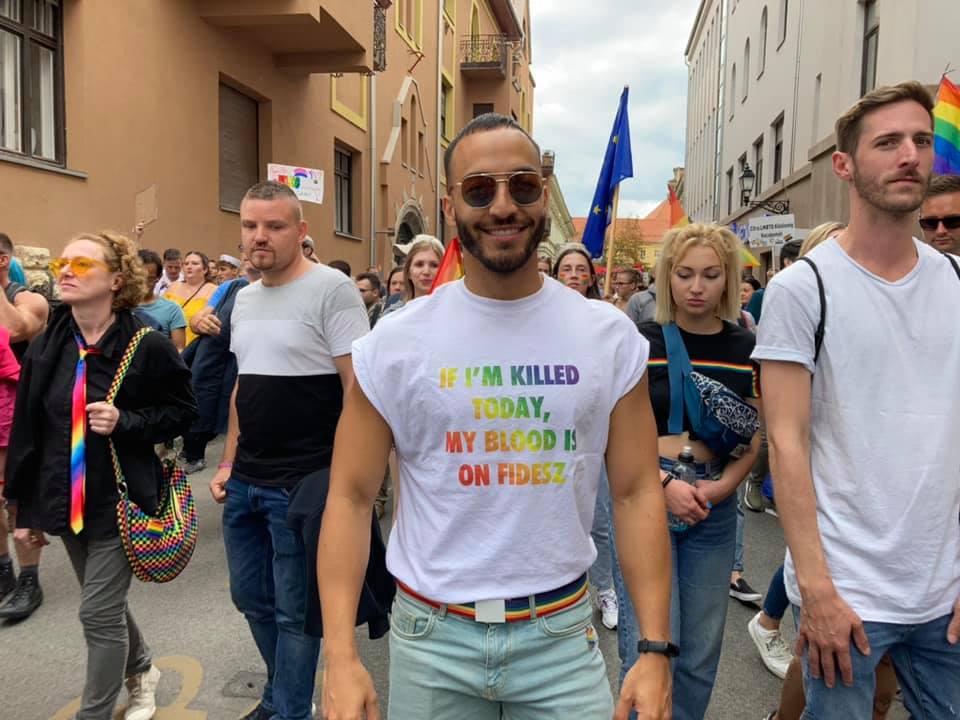 On a less positive note, more than 1,000 police officers were at the venue, some of them dressed as civilians. This precaution was necessary because of threats and protests against the event.

Pécs Pride ended with an afterparty, and people could take part in the event without scandals or insults made by those who oppose such events. PécsMa wrote that there were 2,000-2,500 participants, and one of the organisers estimated that more than 3,000 people took part in Pécs Pride.

“I want to be the leader of a city where it is natural that everyone can live with the rights and opportunities provided by the law, and we should provide the framework for this. If anyone feels they need to speak up, they should have the opportunity to do so along the lines of social dialogue. Today, there is an event that is important to many, while others are resentful. Society will have to talk a lot more about this topic in order to process it properly, and I am proud that one of the stations in this discussion is Pécs. That is why it is important for me, being the mayor of every local in Pécs, to preserve the dignity of the city, to do everything at our disposal to make this a smart conversation, like when we understand each other after a conversation better than before, when we’re smarter after a conversation than before,” wrote Mayor Attila Péterffy on his Facebook page.