Washington, March 26 (MTI) – From now on, Ecuador will consider Hungary its regional trading hub in eastern Europe and Hungary will soon open an embassy and a trading house in Quito, Foreign Minister Peter Szijjarto said late on Wednesday after talks with Ecuadorean government officials. 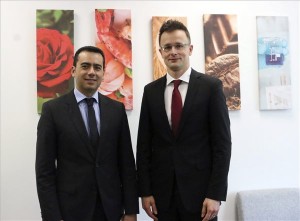 Hungary will reopen its embassy in a month or two, and establish a trading house in August, he told MTI over the phone.

The measures are expected to give a boost to what is now a “low” bilateral trade turnover of 6.6 million dollars a year, the minister said. 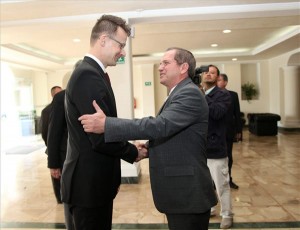 It was agreed that Hungary would grant scholarship to 50 Ecuadorean students in its universities, he said.

Hungary’s focus on Ecuador is all the more justified as Quito is the seat of the Union of South American Nations (UNASUR) and Ecuador is holding the rotating presidency of the Community of Latin American and Caribbean States (CELAC), Szijjarto said.

The CELAC and the European Union are scheduled to hold a summit in June on setting up a southern monetary fund and Europe’s involvement in developing technology and the infrastructure, he said.

Following his visit to Ecuador, Szijjarto will hold talks in Mexico and Chile.