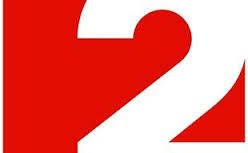 (MTI) – German media company ProSiebenSat1 officially announced on Monday that it has sold MTM-SBS, the company which operates the commercial TV channel TV2 in Hungary.

The national channel TV2 and three cable TV channels, SuperTV2, FEM3 and PRO4, have been sold to Zsolt Simon, chief executive of TV2, and Yvonne Dederick, the chief financial officer, a statement published on the channel’s website said.

The new Hungarian owners, TV-HU1 and TV-CEE1 Ltd-s, have bought all four channels and the group’s assets, the statement said.

Simon has been at the helm of TV2 since October 2010 and has worked in the media sector for 15 years. Dederick has been CFO at the company since February 2011 and has 20 years of experience in the field, the statement added.

Earlier in the day, the opposition Socialists and the opposition E14-PM party had demanded that the new owners of TV2 be made public after online news portal index.hu reported the sale on Saturday.

Robert Braun, a Socialist politician, told a press conference at TV2 headquarters on Monday that it is “not very often” that two private individuals would buy a company worth around 20-30 billion forints (EUR 67-100m) which was cause for concern.

Viktor Szigetvari, co-leader of E14-PM, said authorities should reveal who the real owners behind the purchase were.